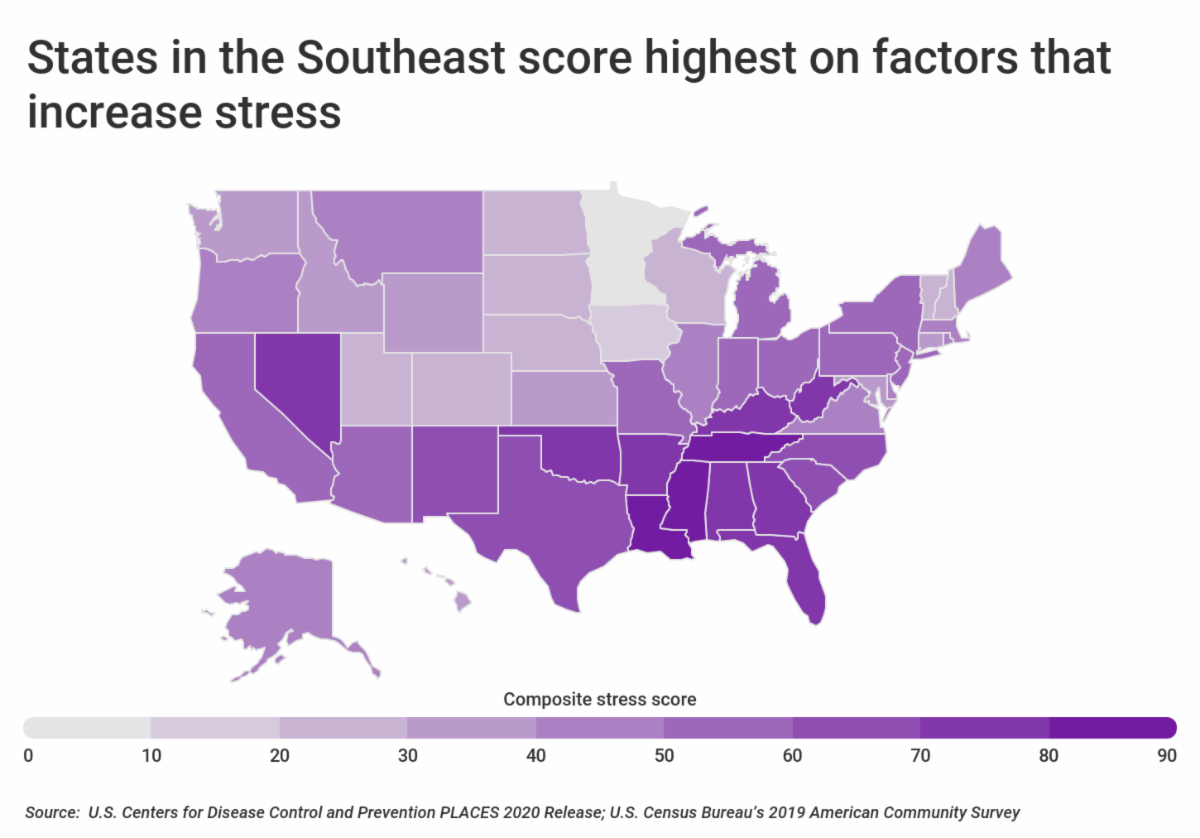 We know you’ve had a lot on your plate, Columbus. And if you’re feeling a little frayed, well, you’re not alone.

It seems the entire state of Ohio is feeling a little frazzled. According to a study from RetailMeNot, Ohio is the 16th most stressed-out state in the country. A total of 15.4% of our population reports being in poor mental health, compared to 12.9% of adults nationally.

To conduct their study, RetailMeNot looked at CDC and Census data on variables affecting stress: self-reported mental and physical health, economic indicators like poverty and economic inequality, and health behaviors like good sleep and physical activity. After looking at the data, they compiled it into a composite score.