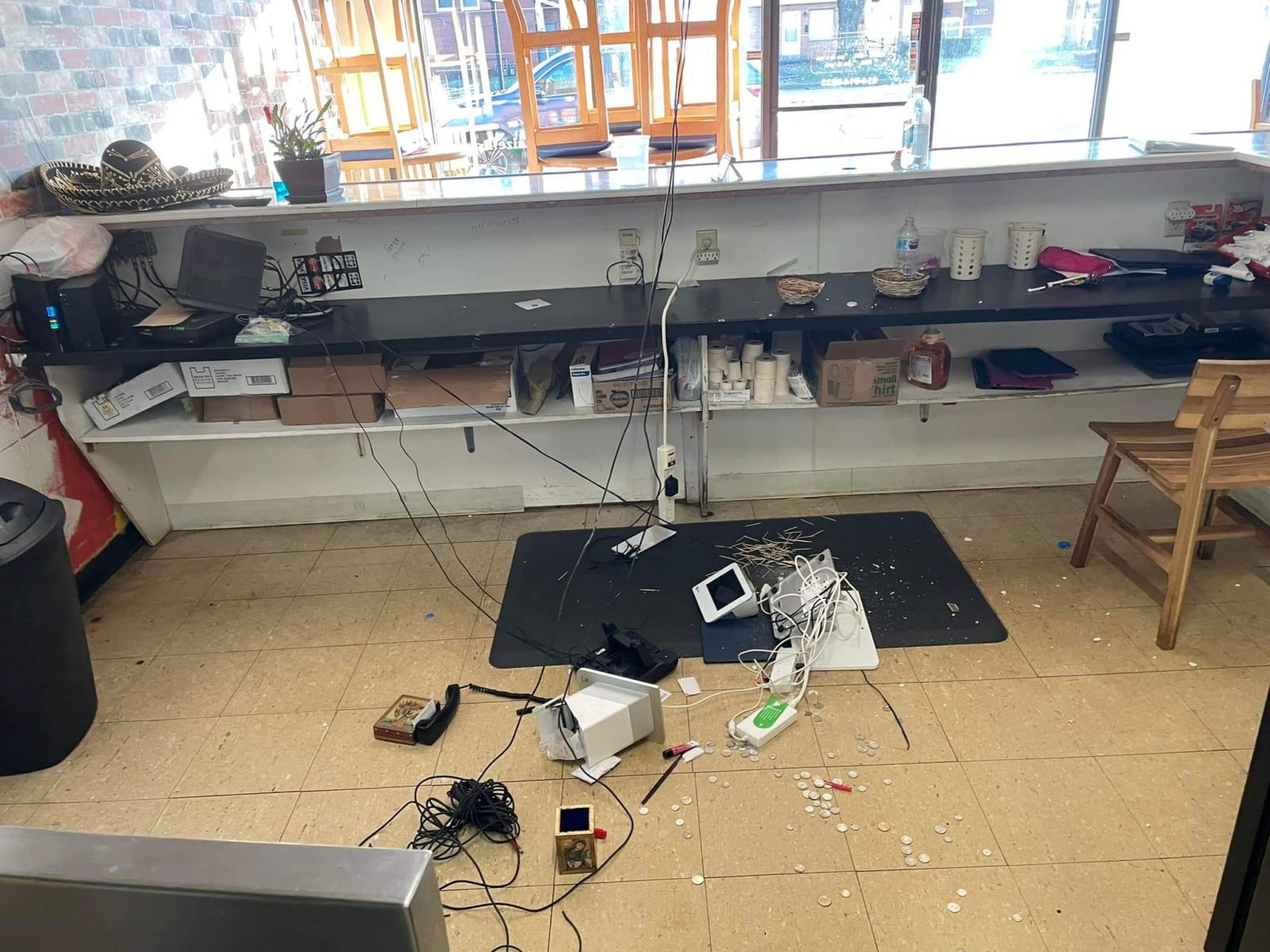 “Well, when it rains, it pours,” reads the beginning of a statement posted to the Facebook page of Martha’s Fusion Kitchen, a popular Mexican restaurant located in North Linden that temporarily closed and was the victim of vandalism and robbery, all within one week’s time.

The eatery announced on Nov. 17 that it would be going on a temporary hiatus due to a shortage of employees.

On Nov. 22, Martha’s announced it had found a crew and was ready to reopen. Only two days later, however, it was broken into and seriously vandalized between the evening of Nov. 23 and the early morning of Nov. 24.

One photo of the break-in showed tire tracks leading to Martha’s rear door, which was bent out of place.

The restaurant also posted photos of smashed equipment at its front counter. According to a statement from the restaurant, its credit card processor was offline on Wednesday, meaning diners had to make purchases online or in cash.

These two incidents come less than a month after a rash of robberies and vandalisms hit other restaurants on the city’s North Side, including Libby Lou’s Fun Factory, The Keto Kave, and La Chatelaine French Bistro & Bakery.