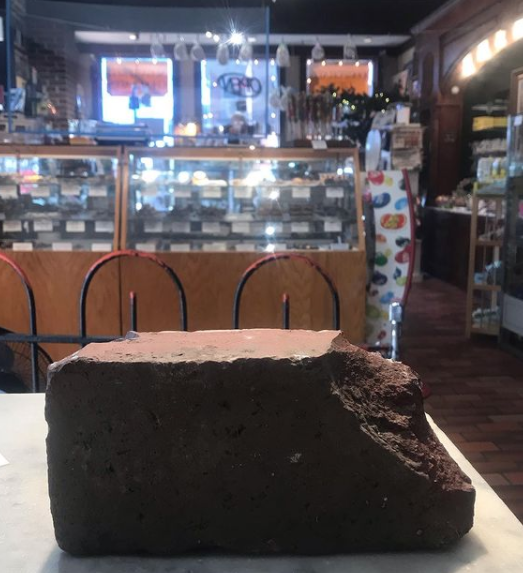 Though Schmidt’s Fudge Haus was broken into Thursday night, the sweets shop was back open for business the very next day.

Tim Dick, who has co-owned the German Village sweets shop with Michael Dickinson for 21 years, said reopening Friday, March 12, was just something he needed to do.

“I’m not letting it stop me,” he said of the break-in. “I’ve got such a good community of friends” who support the shop.

Dick said he arrived at the shop Thursday night to find the main window broken. The person who broke in took the cash register, but the drawer wasn’t in there.

The shop’s window needs to be replaced, as well as the register. Some products were also damaged, Dick said.

One longtime customer has taken the initiative to support the Fudge Haus following the break-in.

Dick said a teenage customer and resident of German Village told him he wanted to help the shop by setting up a GoFundMe.

Jonah Hunter, 14, said he loves going to the Fudge Haus because it’s local and because Dick is so kind.

“He always asks how I’m doing, and you can tell he genuinely cares,” Hunter said.

When he found out that the Fudge Haus was broken into, he wanted to help in any way he could, Hunter said.

“I talked to my mom and asked if I could start a GoFundMe to help pay for damages,” Hunter said. “It makes me feel good that a community is coming together to help support a local business that already had a difficult year due to Covid.”