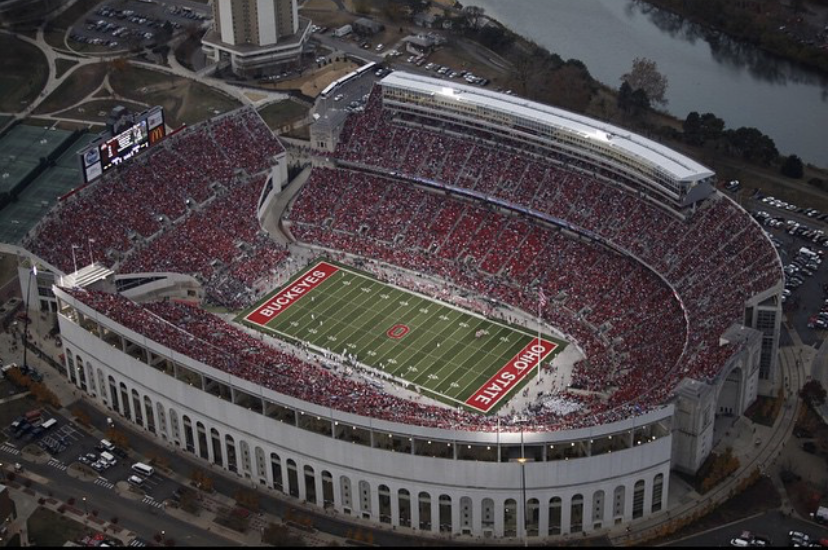 In the second quarter of Ohio State’s blowout victory against Akron this weekend, linebacker K’Vaughan Pope was seen being escorted off the field at Ohio Stadium.

While this is a relatively commonplace occurrence—such as when a player heads to the locker room to have an injury checked out—this scenario was a unique one.

That’s because Pope never came back, to the field, or the Buckeyes’ roster.

The Big Ten Network broadcast caught Pope in a heated exchange with an Ohio State staff member, a conflict that many have attributed to his lack of playing time.

The former four-star prospect out of Dinwiddie, Virginia was considered a potential starter for the Buckeyes going into this season, but has only played a rotational role thus far (and not at all in the season opener), according to Eleven Warriors.

And if there was any doubt about where Pope stands following his exit, his social media activity while the game was still being playing cleared most of that up.

He did, however, show his support for his fellow Buckeyes. Several minutes before the previous post, he Tweeted the following:

good lucc to my teammates 💯

On Sunday, Ohio State head coach Ryan Day released a statement that noted Pope had been dismissed from the team.

“Senior linebacker K’Vaughan Pope has been dismissed from the Ohio State football team,” the statement reads. “K’Vaughan will continue to have the use of programs that benefit our student-athletes, such as our Student-Athlete Support Services Office, and we will support him with his progress toward graduation. He will remain on scholarship through the duration of this semester.”

Last night I let my emotions get the best of me. For that I want to apologize to my teammates, coaches and Buckeye Nation. I made a mistake and know that I need to be better and do better. I’m going to take this time to reflect and work on my mental well-being.

If you like this, read: True Freshmen set to make immediate impact for the Buckeyes: Impressive young talent as OSU ramps up for season opener