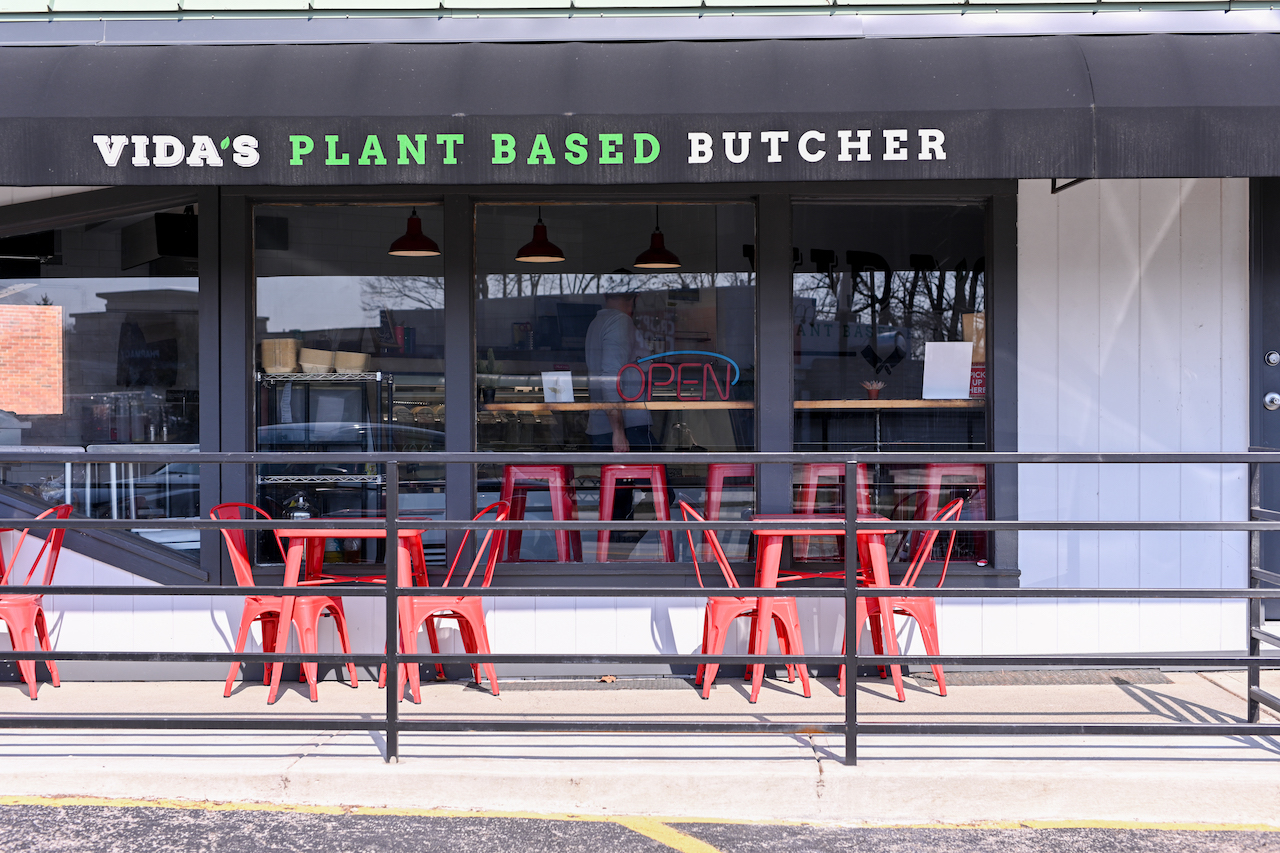 “My father was raised with a plant-based diet and he decided to continue that on with myself and my siblings. I was about 13 years old when I officially started down the path of being plant-based, and I haven’t stopped since,” Underwood said.

Underwood has gone on to found Vida’s Plant Based Butcher, an Upper Arlington-based venture that offers deli options derived from soy, wheat, and vegetable-based ingredients for Columbus’ growing vegan scene.

Underwood, who serves as the deli’s executive chef, derived the concept for the deli from his distribution company, TrulyVida, founded in 2018. When one of the company’s clients, Dirty Frank’s Hot Dog Palace,  needed a new vegan hot dog supplier, TrulyVida came to the rescue. The company went on to build a rapport in the downtown community, working with businesses  including North High Brewing Company, Eden Burger, 4th & State, and Fit Fresh to produce vegan alternatives.

As the company evolved, Underwood saw the need for a way to bring his vegan options directly to the consumer.

“TrulyVida was getting a lot of attention at the restaurants that featured them on their menus and so I wanted to give the community a chance to buy these products for themselves, take them home, and be able to cook and create delicious meals,” he said.

The construction for Vida’s storefront began just before Ohio’s stay-at-home order was issued this past spring. But as COVID-19 cases dwindled, the deli opened last fall by instituting social distancing as well as carryout and delivery options.

“Just getting the doors open was the hardest part,” Underwood said. “Although the pandemic really slowed things down for us, we were able to use the extra time to really make the space what it is now and work on perfecting our recipes.”

With a quaint atmosphere, the deli-style selections of Vida’s Plant Based Butcher replicate the atmosphere of mom-and-pop supermarkets. The deli counter has an array of cold-sliced, plant-based meats and cheeses. From the subtle spiciness of pepperoni to the savoriness of brown sugar bacon, and the creamy herb of dill havarti, customers have a variety of flavors to choose from. Shoppers can also opt for premade sides like gluten-free mac n’ cheese, sandwiches from “The Cold Corner,” or “From the Grill,” featuring selections such as  the deli’s top-selling Vida’s Reuben.

“It’s been very humbling to have people come up and thank me for opening Vida’s and for giving them a chance to have more options when dining out and to take home with them,” Underwood said. “We also have people who aren’t vegan come in all the time simply out of curiosity to see what a plant-based butcher is; and I love seeing them leave happy and a little shocked that they liked it so much.”

Underwood’s hope is that his products are enjoyed by a diversity of diets.

“It is a stepping stone to show people that becoming plant-based does not necessarily mean you have to give up some of your favorite flavors and that they can still be enjoyed, just in a better way,” he said. “Vida’s is a place that gives options that are delicious for everybody, not just for vegans.”