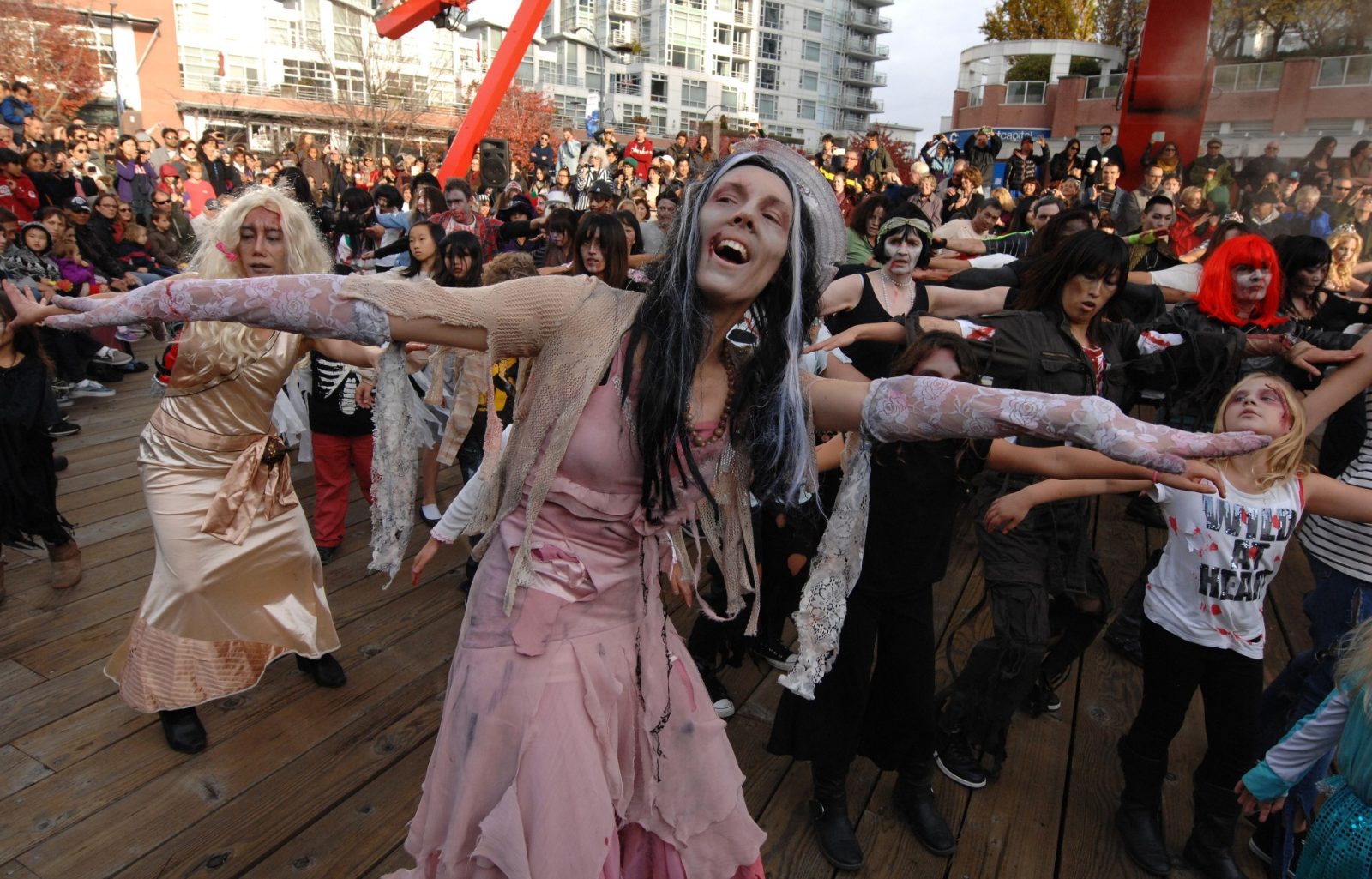 You may have witnessed a flashmob at some point in your life, but we’re willing to bet it didn’t involve zombies.

On October 28, you will in fact have a chance to take in a zombie flashmob, as Danceville, U.S.A plans to hold its 9th annual flashmob performance of Michael Jackson’s iconic “Thriller” on High Street in the Short North.

While a part of the fun of flashmobs is the aspect of not knowing exactly when or where they’re occurring, we feel like it’s fine to cheat in this instance. According to a press release, the performance will take place in front of The Graduate Hotel around 10 p.m.

Danceville USA offers a class dedicated to the performance, although enrollment in the course is currently closed.

“Every year we teach the city of Columbus the original ‘Thriller’ choreography and our Thriller flashmob has become a staple event for both the studio and the Short North,” Danceville U.S.A. owner Keith Michael said in a press release. “Our students go all out—from torn up costumes to realistic zombie makeup—every year is a huge success and we want to make it even bigger this year!”