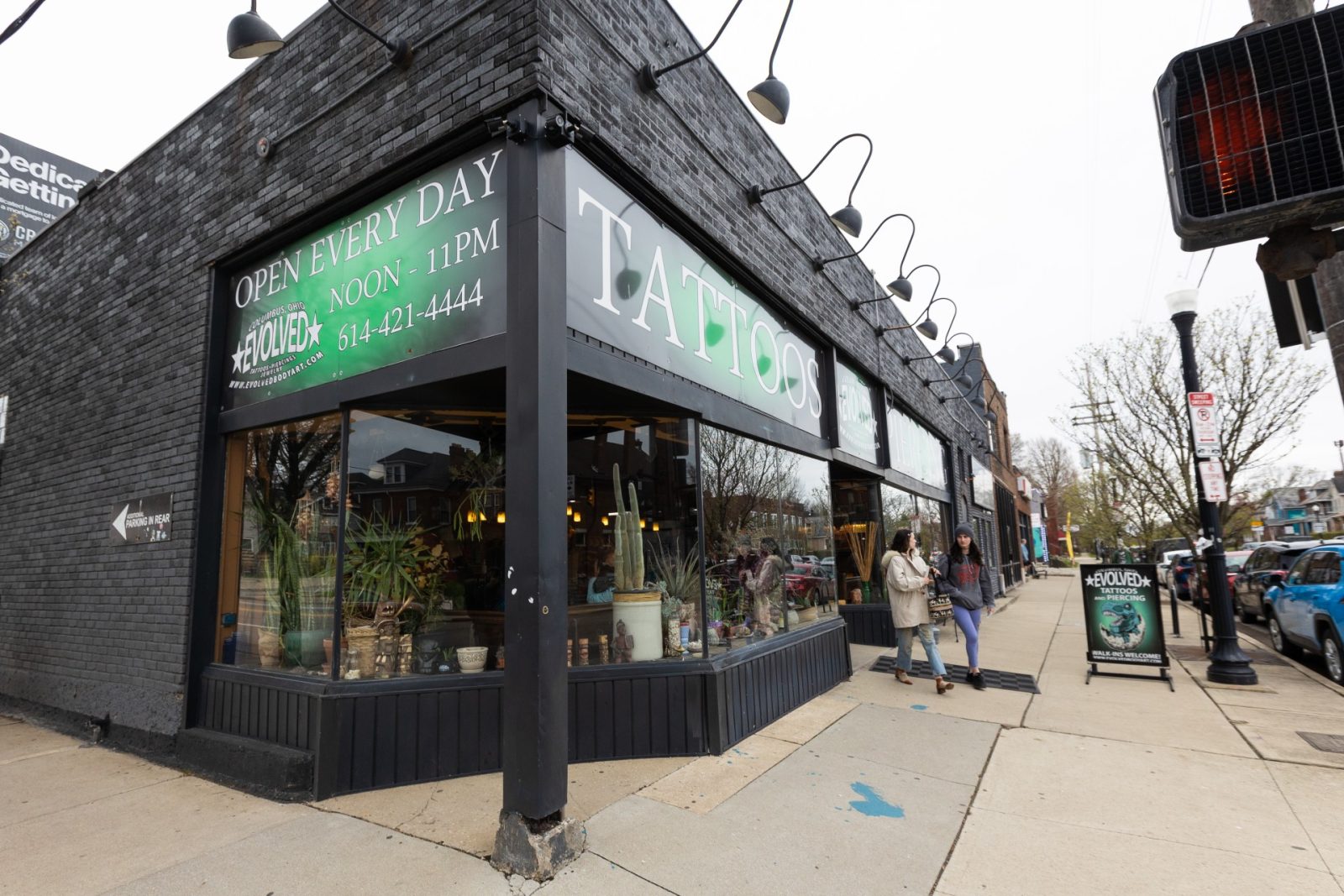 When Evolved Body Art owner Nick Wolak was also teaching in the Physical Activity and Education Services program at Ohio State University, he would go around the office collecting his colleagues’ scrap paper and bring it to the shop for his other colleagues to use for rough drafts and other design work.

While that may not formally have been part of Evolved’s green initiative, Wolak’s ritual was value-consistent and showcases the brand’s evolution (haha, get it?) toward a body art company that’s both ultra-cool and actually sustainable.

Sitting in Wolak’s basement office—light on office, heavy on basement—at Evolved’s Summit Street location, the longtime body artist (Wolak started working in body piercing in 1995 in Acapulco after earning a degree in Portuguese and international relations from OSU, and opened Evolved in 2000) said without reservation that thinking about the impact of the business on the globe is nothing new.

Wolak said the company posts its values conspicuously throughout all three of its facilities, and an understanding of those values is part of the hiring process.

“We just ask that potential new employees make sure they align,” Wolak said. “That’s who we want to work with.”

Among those values is a commitment to be cognizant of environmental impact. That includes using Optim, a brand of non-toxic, biodegradable disinfectant; using repurposed glass showcases for jewelry and body art materials; using a water distiller instead of purchasing distilled water in one-gallon plastic jugs; purchasing low-water-use autoclaves; and reducing paper use by going all-digital for billing, invoicing and record-keeping.

Evolved’s body artists still use paper for design and other work, but Wolak said the company buys recycled paper in bulk (having moved beyond the days of collecting up scrap paper at OSU).

Structurally, Evolved has an agreement with Newark-based Tectum, a manufacturer of sound-reducing wall panels, to install pieces that would otherwise end up in landfills, and hired Dublin-based Modern Energy to install solar panels to support its electric use.

“We can do better,” Wolak said. “The thing is to make every effort and to invest in things like those particular autoclaves and adding solar panels. Maybe we can lessen our impact on the environment.”

“And while some of these things mean we spend money we wouldn’t otherwise, it’s important to hold ourselves to what we say our values are,” he said, adding that some efforts do save money in the long run.

Evolved also has an agreement with Stargaze Jewelry, which uses all repurposed gold in its pieces, acknowledging the challenges, both environmental and human, in the gold mining industry.

“Again, it’s doing what we do but trying to do better,” Wolak said.

Not only are Evolved’s staffers on board, but its customers, too, Wolak said.

“There’s so much of what we do that the client never sees. But what they do see, they appreciate,” he said.