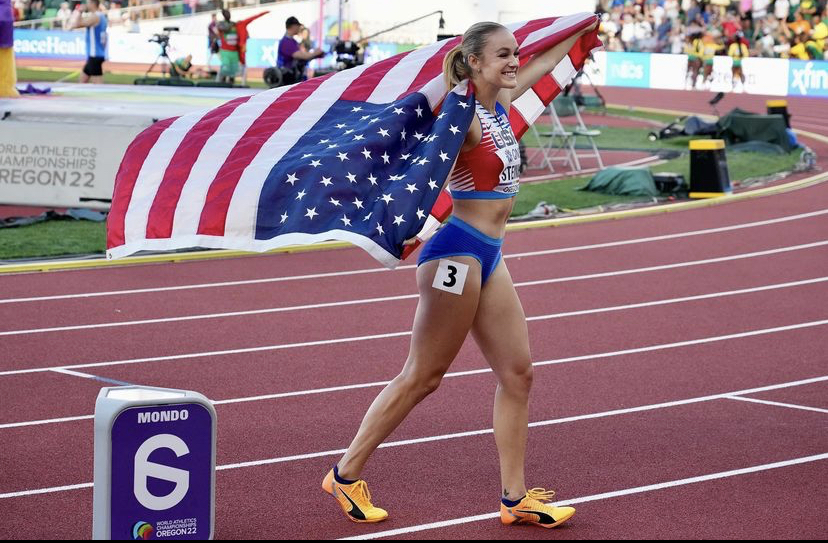 Dublin’s own Abby Steiner is already a track and field standout, and her star continues to rise.

Alongside three other American sprinters, Steiner took home first place in the 4x100m relay at the World Athletics Championships, which was held July 14-24 in Eugene, Oregon.

The event, which features world-class athletes from 180 different countries, is held every two years.

The American women bested Jamaican and German relay teams, which took second and third places, respectively. They won win a time of 41.14 seconds.