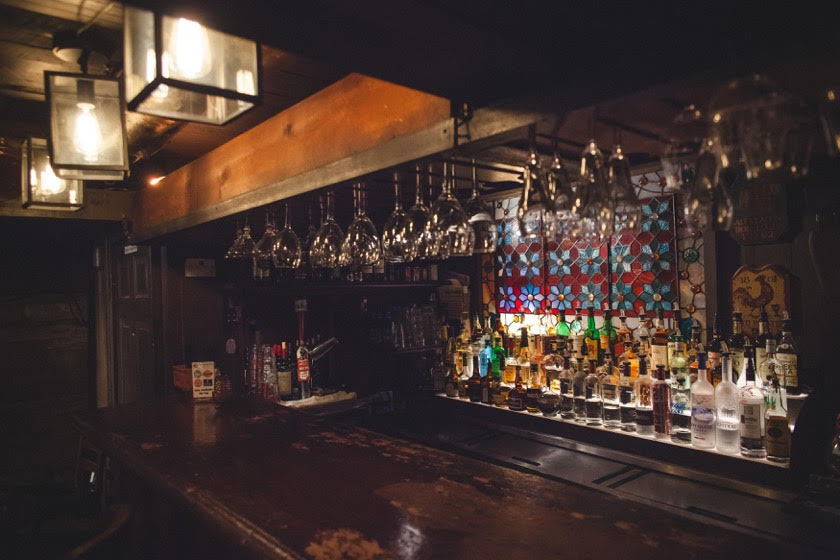 Kristina Wertman wasn’t a believer, so she understands why you might be skeptical, too.

Wertman, who has worked at Granville’s Buxton Inn for 20 years, was warned by the inn’s then-owners, Orrville and Audrey Orr, about the spirits that haunted the place.

“When I first interviewed here, Mrs. Orr told me the stories about ghosts. I was like, ‘OK, fine,’” Wertman recalled of her initially-dismissive reaction. “Then, I started noticing things.”

She would hear the sound on a chair moving across the brick floor in the tavern, the informal dining/bar space in the inn’s basement that used to be a speakeasy and, before that, a hangout for stagecoach drivers who’d make meals on the iron stove and bed down on piles of straw. But she’d find no one down there.

When turning off the lights, she felt a cat rubbing up against her leg outside of Room 9. But there was no cat, so Wertman dismissed it as a draft.

Then one time she was asked to turn off the lights in the inn’s greenhouse. That’s when she could not only see Major Buxton, but see through him.

“The greenhouse light stayed on that night,” Wertman said with a nervous laugh.

The stories of spirits at this venerated Licking County establishment have been around for generations, much like the inn itself. Indeed, the resident ghosts include several former owners.

Orrin Granger, one of Granville’s founders, built the structure, which he called, simply, The Tavern, in 1812. He makes apparition appearances in white breeches, and occasionally makes off with freshly-baked pies.

Major Horton Buxton became proprietor in 1965 and, while he was not military—Major was his actual name—he gave himself the rank of inn namesake, changing the place’s appellation to his surname. Buxton, who was known as a colorful figure, also continues to haunt the inn, if not visibly then with the recognizable scent of his favorite tobacco in the now non-smoking facility.

“Major Buxton you can tell by the smell of his tobacco,” Wertman said. “With Bonnie, it’s her gardenia perfume.”

“Bonnie” in this instance is former owner Ethel “Bonnie” Bounell, who owned the inn throughout the mid-1900s. Bounell had been an actress and singer on the midwest circuit that stopped at the Buxton and decided to buy the place and make it her home. A committed socialite, Bounell was known to throw festive parties, rife with music and drink.

Bounell lived at the Buxton until her death in 1960 in Room 9. She continues to appear ephemerally throughout the grounds and is called by some the Lady in Blue. Wertman said the sound of Bounell’s mother’s rocking chair can still be heard on certain quiet nights, while on other occasions the sound of merriment can be heard coming from the Blue Room, where Bounell entertained guests.

And the cat Wertman mentioned experiencing? That’s Bonnie’s, too.

There are a handful of itinerant spectral boarders at the Buxton, too, Wertman said: A young boy, Henry, who died at the inn after being kicked by a mule—one of the host of stagecoach drivers whose circuit included the Buxton still lurks about.

Wertman said guests in the Buxton’s three available rooms in the original structure plus 20-plus more in surrounding buildings often include formal ghost hunters to aficionados of haunted spaces to just plain curious folks. Many have the kind of experience they hoped for, but Wertman wass quick to add, “the spirits are not performers.”

“Not everyone sees or hears or smells something, even those who are open to that kind of thing,” Wertman said, “although I think being open to it helps.”

Wertman is quick to acknowledge she’s no expert in the spirit world, outside of her personal experiences at the Buxton. But she does feel like there’s some sort of bridge between this life and the afterlife at The Buxton.

“There used to be a doctor’s office here, so you know there were people who died,” she said. The doctor’s office was one of many ancillary uses of the inn, including U.S. Post Office, throughout its history as an inn and tavern.

“There are a lot of hidden rooms that were used during the Underground Railroad. Troops gathered here (during the War of 1812). So who knows what things happened that might have made a connection that makes spirits come back here?” she said.

Wertman said her new bosses, Jennifer Valenzuela and her family,  purchased the Buxton in 2014 from the Orrs. They were skeptical at first, too.

“Just like I was, until I had my pants scared off of me,” she said.