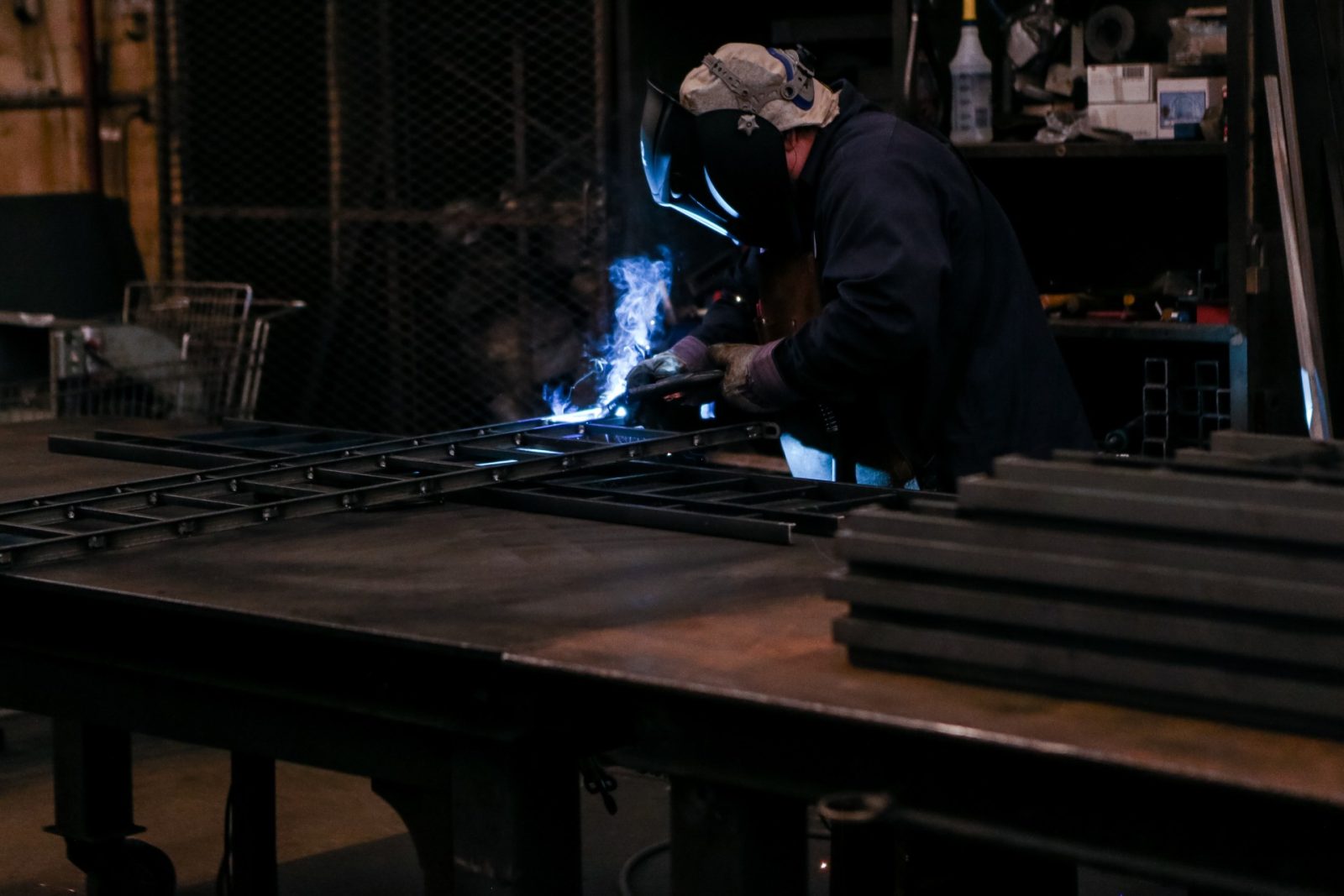 From cheesecake to sushi, check out the best local Bengals-themed food you can buy for the Super Bowl

If you’re among the thousands of Central Ohioans who have driven past Fortin Ironworks in Grandview and thought, “That sounds potentially cool. I wonder what they do,” then, you’re not alone.

“It’s something we hear a few times almost every day, that someone has driven past and eventually decided to stop in just to see,” Bob Fortin, retail buyer and member of the company’s second generation of Fortin family members, said. So as a public service to all of the curious Columbusites out there, here’s the full story of the iconic Grandview business.

The company recently celebrated its 75th anniversary, which means its roots go back to the middle of the 20th century, when Joe Fortin started Fortin Welding in 1946. Fresh out of the Army, he served as a welder, and was newly-married to wife Josephine, with whom he’d built a home on 3rd Avenue. The business that stands today at the corner of Fifth Avenue and Hess Street in Grandview started in his garage, but grew quickly, necessitating the acquisition of additional shop and garage properties in the neighborhood over the ensuing decades.

Fortin also broadened the scope of the company, not only repairing but also fabricating residential and commercial iron (and other metal) products.

Bob Fortin said he and his six siblings, each of whom has had some role in the company’s operations through the years, grew up in the shop. “It was our house,” he said matter-of-factly.

In the 1990s, Fortin Ironworks (as it was later named) purchased a former Columbus Hardware site around the corner from the original shop, consolidating the smaller shops into one four-acre site, which now houses a retail store, meeting space and a customer showroom in addition to its factory space.

Not only did the company mark its 75th anniversary last year, but Josephine celebrated her 100th birthday as well. Bob Fortin said she still has an influence on the business, both as a physical presence and in its philosophy. “Everything has an underlying foundation of WWJJD, ‘What would Joe and Josephine do,’” he said.

Joe Van Gundy, a company Vice President and member of the third generation of family leadership, said, “Everybody in the family, everybody in the company, has a little piece of grandma and grandpa in them.”

The storefront, which was previously Bob’s focus and is now the domain of his son, Cameron Fortin – a company VP and another member of the family’s third generation – features designer furniture and accessories, all with a vintage or industrial feel, made by artists and artisans both local and national. Cameron has refocused inventory on locally-made items, in “keeping with the spirit of the company,” he said.

“The whole purpose of the retail shop has been to attract people to us so they can find out better what all we do,” Bob said. “The factory remains our primary role. We are a custom metal fabrication company.”

That means from traditional fencing to interior design to one-of a-kind gazebos and fire pits, Fortin makes it or can make it. Through the years, the company has grown and evolved around this core mission, adding technology to its processes when appropriate. “We do everything from old-world blacksmithing to modern laser cutting,” Bob said.

Fortin has also found a niche in prefabricated railings and table legs and supports. Van Gundy (who, in case you were wondering, was named for his grandfather) adapted the company’s design and build process with the flexibility to premake railings at a variety of specifications, store them, and ship them to customers locally and via the internet. Fortin ships 300-400 of these railings a month, sometimes as many as 900 in busier seasons.

“It’s still a handcrafted railing, but you don’t have to wait 10 weeks for it to be designed and built after you order it,” Van Gundy said. He also noted these kinds of modifications to the business model haven’t changed the company at its core.

“We still have these guys in the shop with amazing hands, amazing eyes, amazing minds,” he said. “It’s still fabrication and, we like to think, over-designed and built the way grandpa did.”

If you like this, read: New eatery brings bourbon bar, smoked meats to Grandview