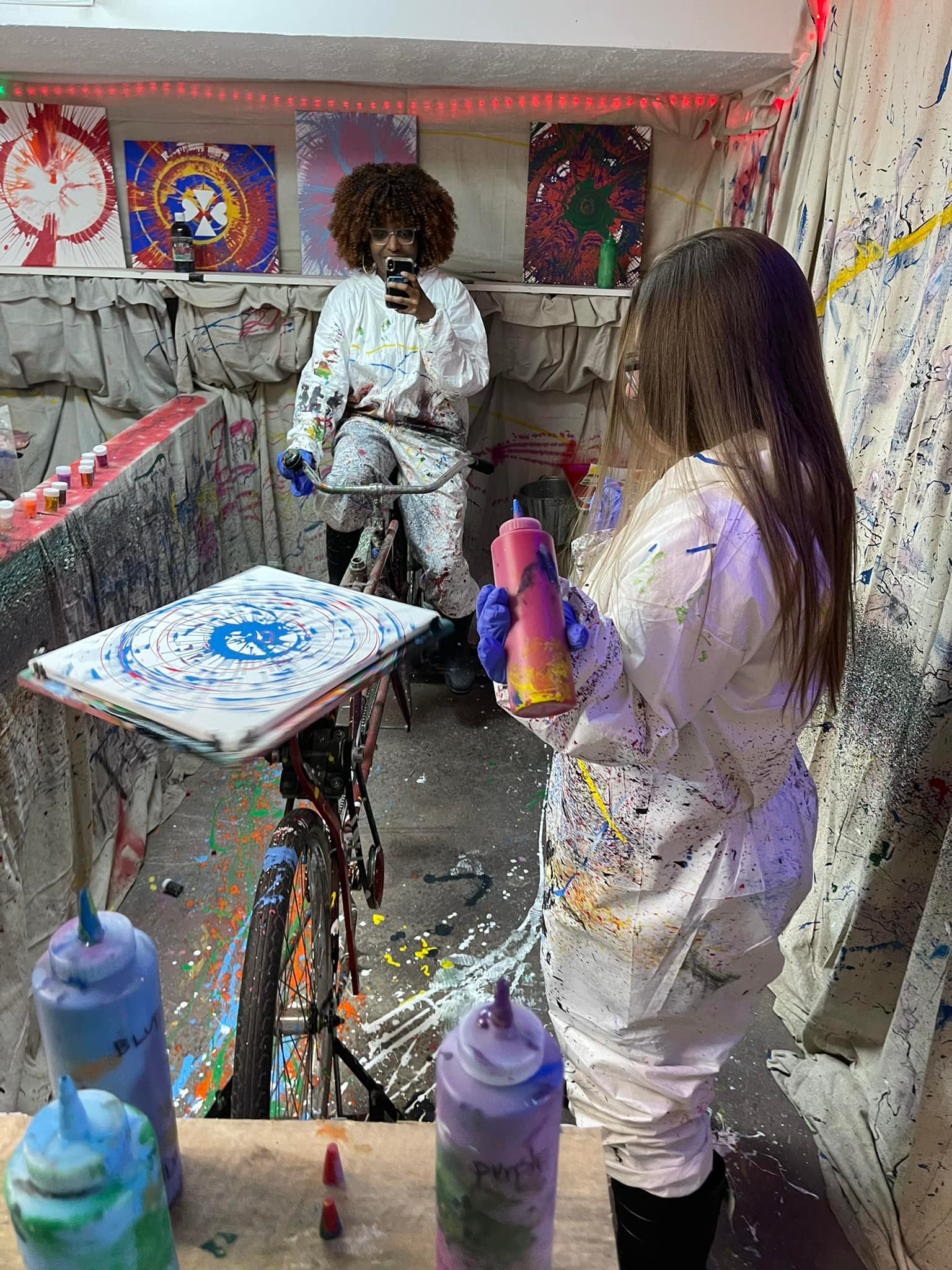 According to Marty Parker, owner of Bicycle Spin Art, this concise motto is an accurate summary of the concept’s experience, where Columbus residents are invited into a basement-level High Street bar to indulge in a few drinks with friends, put on a hazmat suit, and make some truly one of a kind artwork with just some paint and a bicycle.

The space is set up with bike-painting several stations, each one complete with a vintage stationary bike, space for a canvas with a spinning mechanism, and lots of hung cloth to block paint splatter.

One member of each party takes a turn riding the bike, which quickly spins an attached canvas. Adjusting colors used, angle of distribution or pedaling speed changes the paint splatter designs that participants can create.

While loosely similar concepts have existed in the past, such as the location in Georgia he cited, Parker said he believes Bicycle Spin Art is the first to combine bicycle-powered spin art with drinks (the concept boasts a full bar on-site) and a social setting.

“We have yet to find somewhere where you pedal a bicycle in a location, drink beer—or whatever else you want—and have the ability to take your artwork home,” he said. “That’s exactly what we created and we’re super excited about it. It’s tons of fun.”

And while Columbus is home to the first Bicycle Spin Art, it won’t be the only one for long. Parker said locations in Chicago, Dallas and Cleveland are also coming soon.