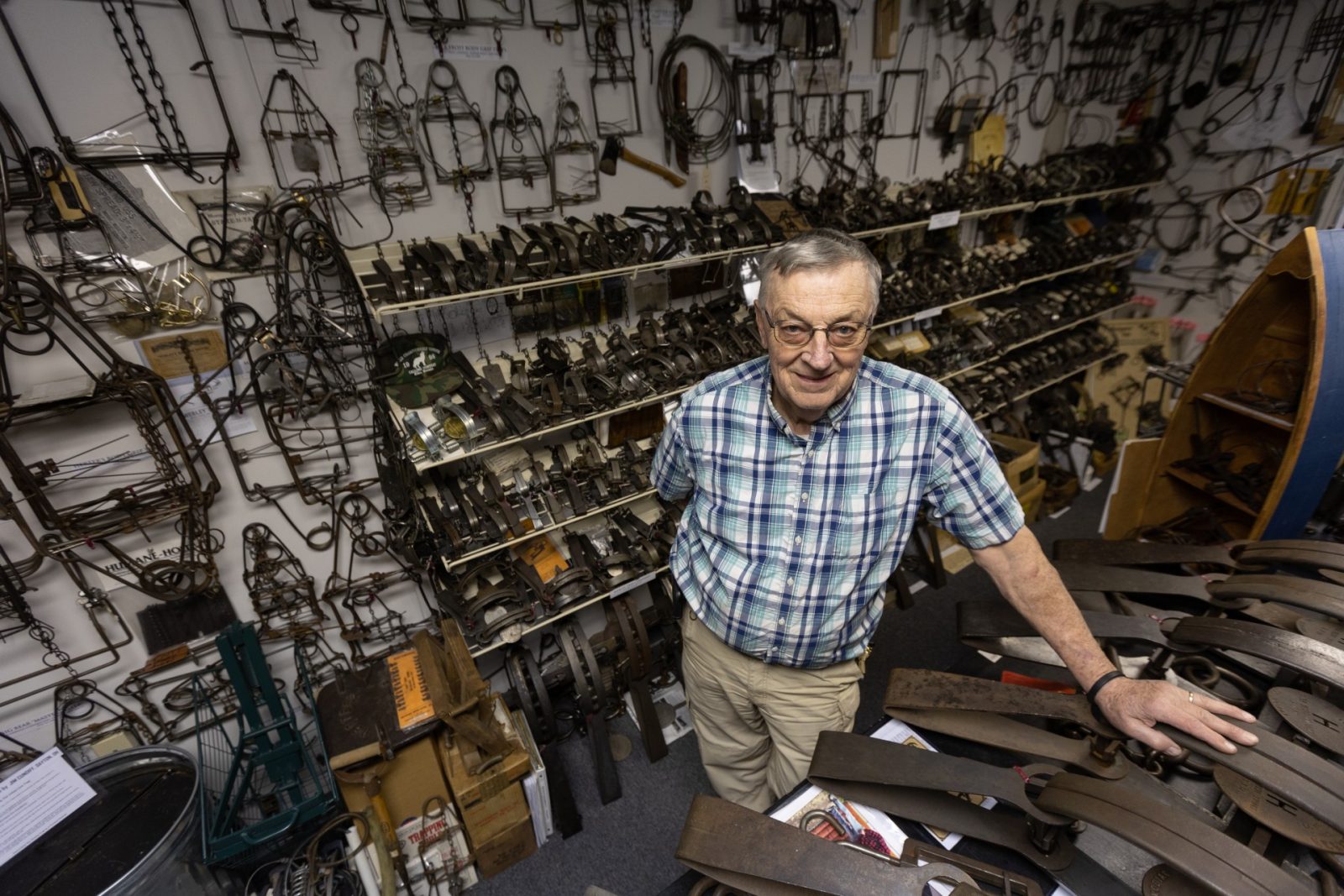 Columbus-area brewery and restaurant opening inside of refurbished fire station

It’s 32 feet long, 9 feet high, and weighs around 4,000 pounds. And while the Guinness Book of World Records hasn’t officially named it the World’s Largest Trap, it is undoubtedly the biggest one you will ever see. Tom Parr, owner and curator of the Trap History Museum in Galloway, has over 4,000 traps in his collection, but the towering steel structure sitting outside is what captures people’s attention first. Don’t worry: It’s not functional, so snapping a selfie from the jaws is perfectly safe.

“A gentleman in the Upper Peninsula of Michigan made it, and then brought it to the fairgrounds during our yearly National Trappers Association meeting in 2008,” shared Parr. “It was on display at the entrance, but no one realized it was for sale. He put a price tag on it on the last day, and when my friend let me know about it, I ended up buying it.”

It arrived at his museum on a flatbed truck and has been the signature attraction ever since.

But there’s far more to see once you venture inside Parr’s museum, including over 4,000 animal traps, memorabilia, trapping tools, baits, and an entire library, along with a man who has spent most of his life studying the history of the fur trade and loves sharing his knowledge with others.

Growing up in Mansfield and Columbus, “I always liked mountain men and the outdoors as a child,” said Parr. “I trapped a lot and still do some. I got interested in collecting animal traps in 1987, and learning the history of the early fur trad

Originally, most of his expansive collection lived in various rooms of their home, but his wife “wasn’t too thrilled with having all that stuff in the house, so eventually we moved it to a lower level of a building on the property,” Parr said.

In 2001, the organization decided to set up a North American Trap Collectors Museum in order to create a nonprofit where people could donate items. This collection is now housed within Parr’s private museum.

“We have traps from all over the world, as well as many collectible books and documents,” he said.

The Trap History Museum and Parr’s expertise hasn’t gone unnoticed. The History Channel’s Modern Marvels visited in 2006 and featured the museum’s collection on the hit show. Parr also writes for various publications; his articles about antique traps are featured in Columbus-based magazine Fish-Fur-Game.

While the museum is free and open to the public, it doesn’t have standard operating hours, and the spaces aren’t ideal for large groups or unannounced visitors. Those interested in visiting should check out the website, traphistorymuseum.com, and then give Parr a call to set up a time to visit.

It’s an interesting hobby, although not what you would call a politically correct one,” laughed Parr. “But there’s a lot of history behind it. People used to use traps for their livelihood, and the history of the fur trade is very interesting.”