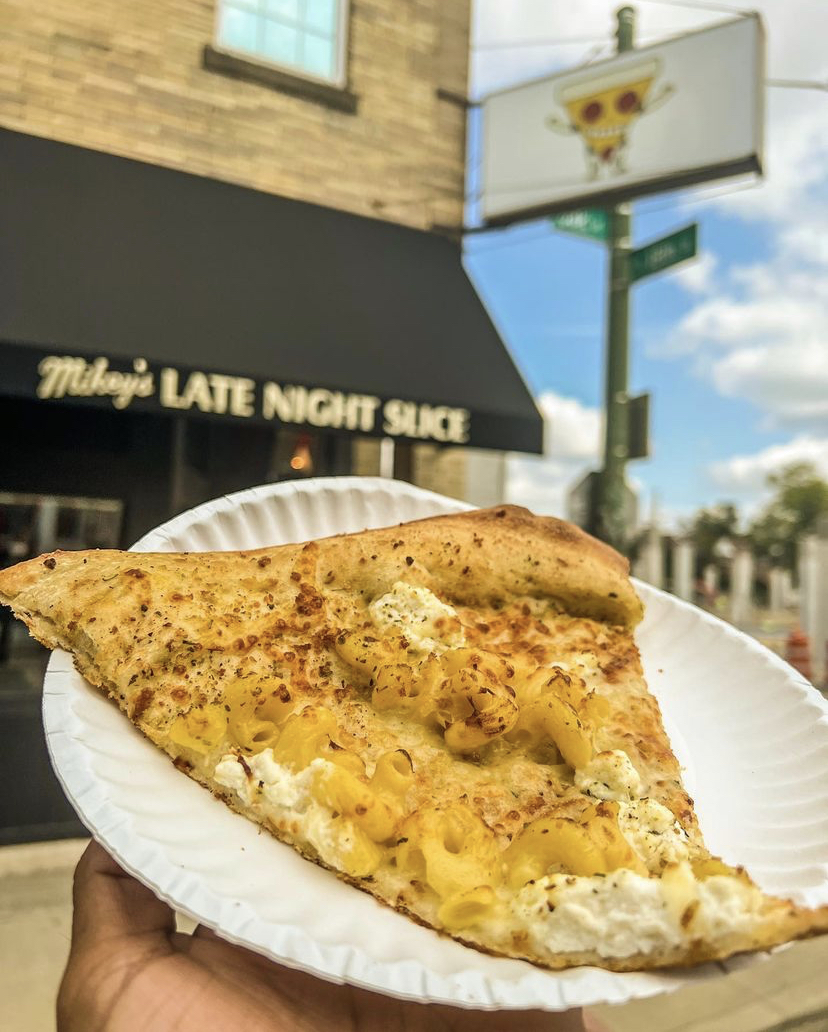 From Thanksgiving dinner-themed pizzas to pies topped with mac and cheese and pickles, Mikey’s Late Night Slice is known as a pioneer of unique flavors.

And now, they’re breaking ground on another front: The popular Columbus eatery has opened a comedy club inside its Olde Towne East pizzeria.

The Attic Comedy Club, located inside the Mikey’s Late Night Slice at 892 Oak St., officially opened its doors on Dec. 13.

The 1,800 square-foot space will occupy the top floor of Mikey’s Olde Towne East location. The space will feature a full bar, in addition to a showroom that seats 100 guests.

“I’ve always been a strong supporter of local comedy and having the space available at our Olde Towne East Late Night Slice location, it was easy to see the incredible potential,” Owner Mikey Soboro said.

According to a press release, the opening of The Attic marks the first time a stand-alone comedy space has opened in Columbus since The Funny Bone launched in the Continent 1987.

The Attic will kick off on Dec. 16, with an event highlighting three of Chicago’s top young comics, called the Best of Chicago Showcase. Tickets can be purchased for $20. In the weeks after this show, the space will be used for private events while regular programming is booked.