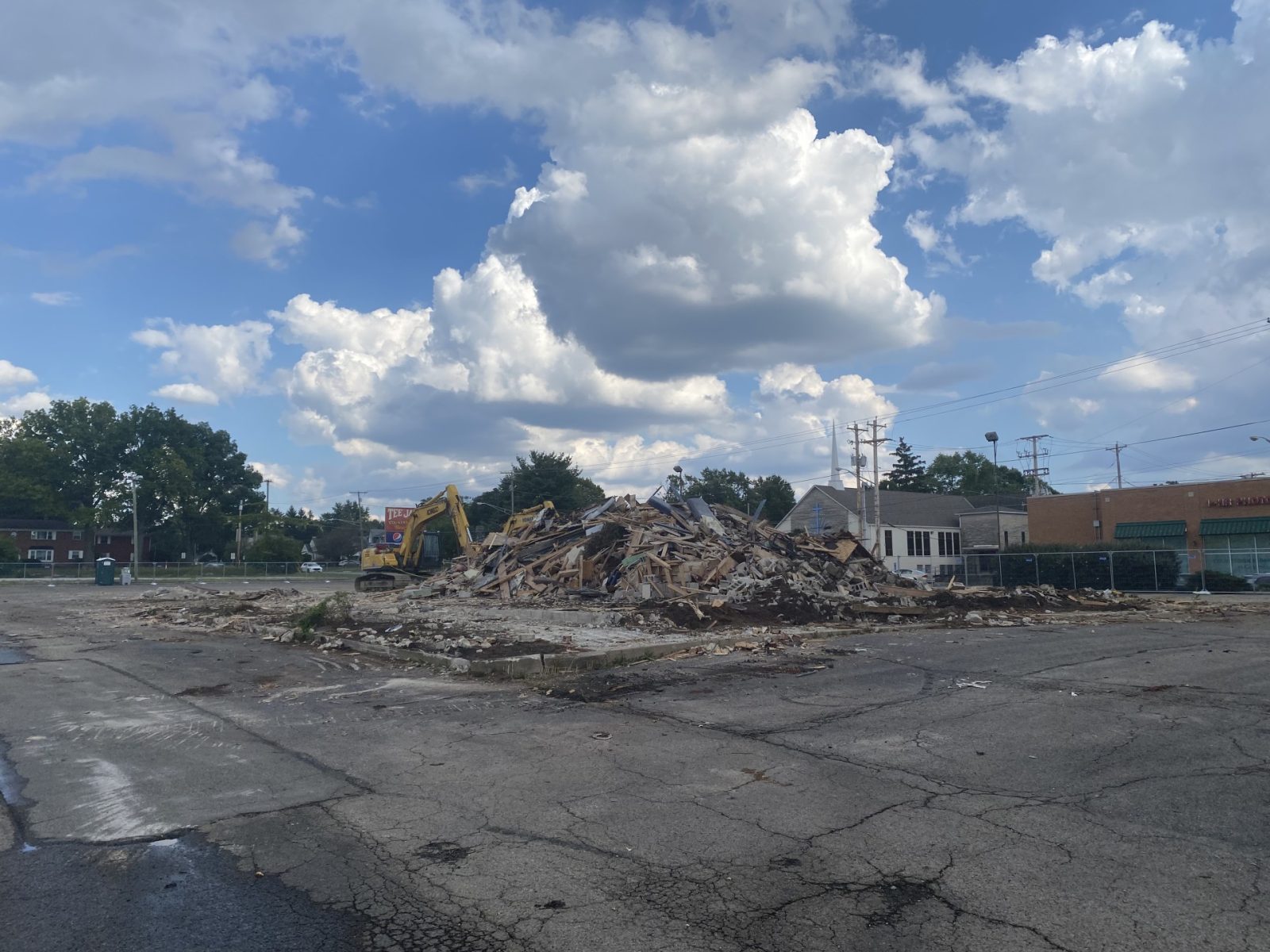 We knew it was coming, but the reality may still be jarring for many to see.

The building that housed Tee Jaye’s Country Place in Clintonville for nearly three decades has been demolished, leaving only a pile of rubble behind. The site, located at 4910 N. High St., is slated to become a new Chick-fil-A location.

Here’s how the site looks, as of yesterday evening:

Tee Jaye’s first opened the restaurant at the corner of High Street and Morse Road on September 30, 1992. It closed the location on April 30, 2021. The popular diner secured a new Clintonville storefront, located at 4560 N. High St., that opened on March 21 of this year.

The eatery’s iconic signage at its original Clintonville restaurant will remain, however, with Chick-fil-A set to add several of its own touches.

Demolition of the former Tee Jaye’s restaurant officially began in July, after a request to waive the 60-day waiting period for demolition. Chick-fil-A anticipates the location will open early next year.

“It’s our pleasure to confirm we will be opening a new Chick-fil-A restaurant in Columbus in early 2023. We look forward to serving new and existing guests delicious food in an environment of genuine hospitality,” Chick-fil-A, Inc. said in a statement sent to 614now.