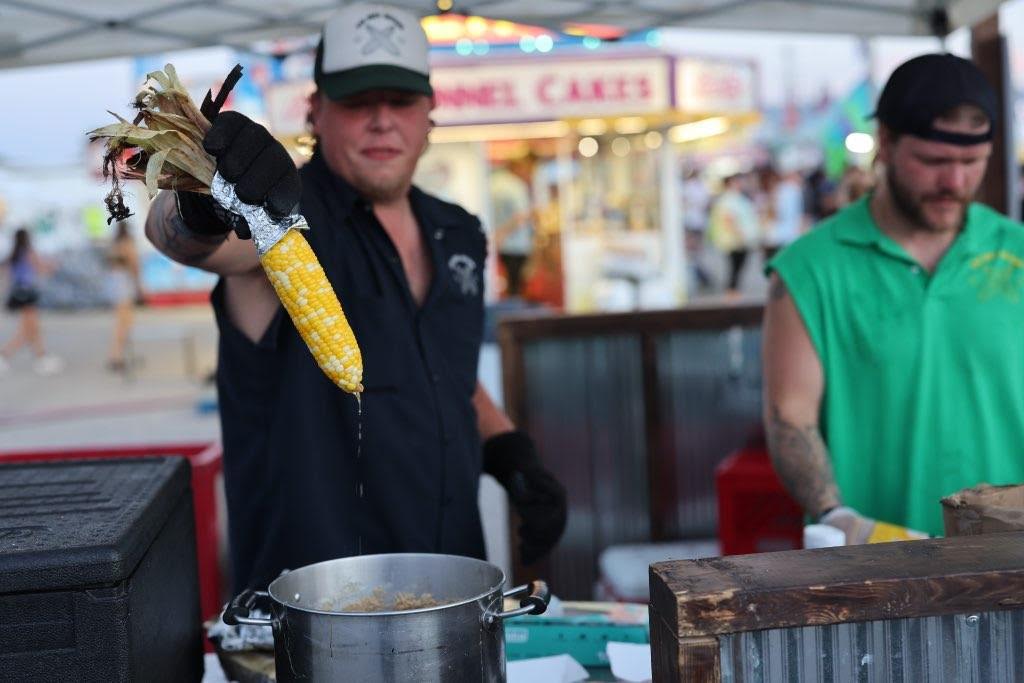 After serving as the concessions manager at Ohio Stadium for the better part of a decade, Danny Phillips knew a thing or two about sweet corn. So much so, that he’s launched a brand new food stand, Ear Goes Nothing.

The concept officially launched this April, and used its first year to hit the Central Ohio festival circuit. He’ll be hosting at least one more formal event in 2022–The Cole Classic, which takes place on Sept. 17–and plans to use the rest of the year to establish Ear Goes Nothing’s catering and event services, where Phillips will set up a station to roast and prepare corn on-site.

“It’s more theatrical than if you had someone just show up with prepared food; We can make everything right in front of people,” Phillips said.

Ear Goes Nothing–which sources all of its corn from local purveyors like Michael Farms and Wishwell Farms–will add a new food truck next year, and Phillips plans to continue growing wherever possible.

The corn vendor’s menu features roasted sweet corn with a wide variety of compound butters. Patrons can opt for classic butter, jalapeno popper butter, honey lavender butter and many more. Phillips also added elote shortly after opening, which he said has become one of his popular items.