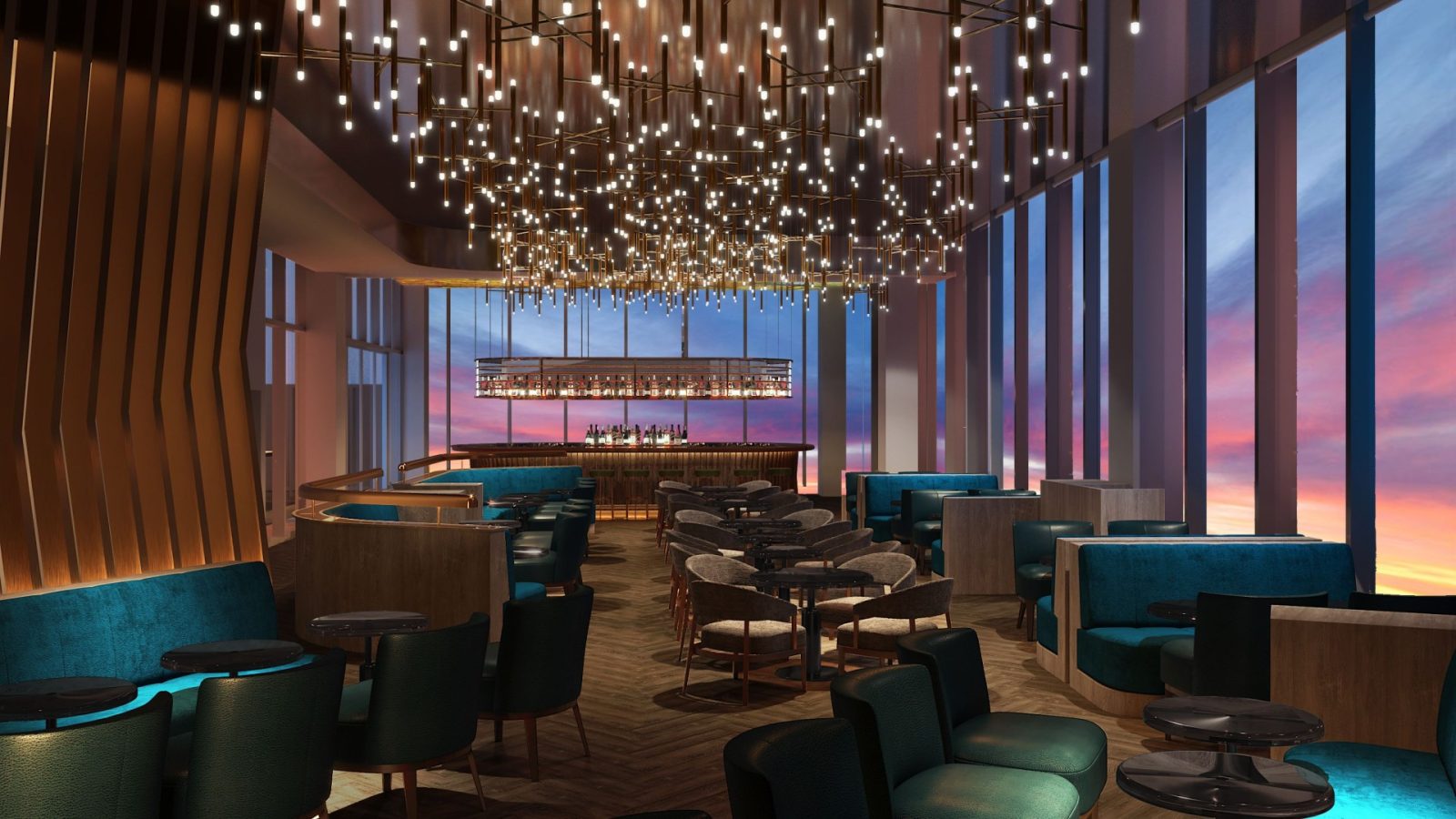 By the time it’s completed–likely by early fall this year–the new Hilton Columbus Downtown tower will offer a handful of exciting new bars, restaurants and markets to both out of towners and Columbus foodies alike.

One of the centerpieces of the new build is FYR, a two-story restaurant that will feature a wood-burning grill in the center of the eatery.

“FYR will have a live fire with grill works, a pizza oven and a lot of activity,” said the tower’s General Manager Christian Coffin. “We think it will be a staple on High Street and an attraction for Columbus diners, not just hotel guests.”

And if two stories plus a live grill aren’t enough excitement for you, how about a 28th-floor rooftop bar with panoramic views of Columbus? Stories on High will offer drinks and small plates from a separate kitchen, in addition to lookout decks offering premium views of the city.

“It’s the highest sky bar in the area, and you can see everything: OSU, downtown and more,” Coffin said. “Looking down Nationwide [Boulevard], you can see the three stadiums all in a row. You know they’re there, but seeing them from that point of view is so unique.”

The new Hilton tower will also feature Spark, a lobby bar with an innovative new mixology program, and The Market, a grab-and-go spot offering sundries, sandwiches, salads and more, with direct access to the Greater Columbus Convention Center.

All four concepts will open with the grand opening of the new tower.

If you like this, read: Unique new two-story steakhouse opens