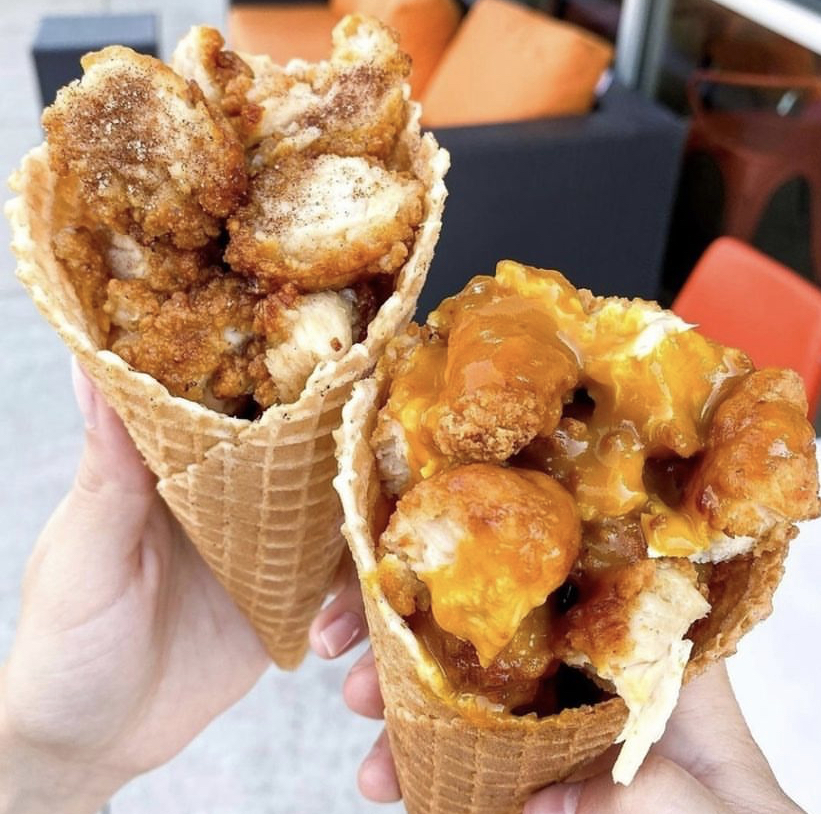 Columbus is a great food city, but you’ll be happy to hear even more good restaurants are coming soon. We’re highlighting a few of our favorite places that plan on opening soon.

This fast-growing new burger spot, available only in Michigan outside of its lone West Side Columbus location, is eyeing the Arch City as a new market. It’s planning a brand-new campus location this fall.

Coming this year to the new Columbus Hilton Downtown tower, this two-story eatery will be focused on cooking with fire, and will feature a live fire and pizza oven.

Fattey Beer is technically already open, but deserves a mention on our list. While the eatery doesn’t have an expansive menu—two items, to be exact—the new Westerville spot serves its own fried chicken sandwich that patrons continue to rave over.

This new concept from Service Bar alum Avishar is preparing to convert the former home of Sassafras Bakery into his travel-inspired, and Bengali-informed eatery Joya’s Cafe very, very soon. He’s also planning a grill-themed restaurant for early next year.

This Indiana-based wing chain does operate a single other Columbus area location, but it’s in Pataskala. Soon, Central Columbus denizens can enjoy the concept, as Wings, Etc. is opening a new Grandview location this week.

Just like it sounds, this popular national chain offers over a dozen of cobbler varieties, cinnamon rolls and more. The eatery recently announced that a Columbus location is currently in the works.