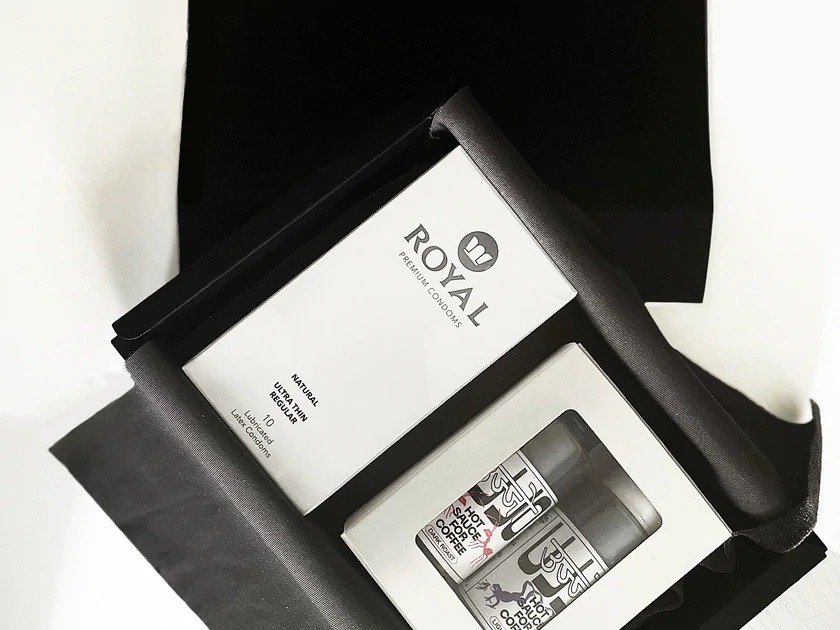 You’ve probably heard the story already, but if not, here goes: International music star Drake made waves on the internet earlier this year when a story about him allegedly using hot sauce in a condom as a method of birth control went viral.

And now, one Columbus company is picking up the joke and running with it.

Ujjo, the Columbus-based company that creates hot sauce specifically designed for coffee, has partnered with Royal, a sexual wellness business creating all-natural latex condoms and more. The partnership, called Way 2 Spicy, is a Father’s Day gift set (the irony is intentional, in case you were wondering) that includes two bottles of Ujjo and 10 Royal condoms.

“Just like Ujjo itself, Way 2 Spicy actually started as a joke,” said Lauren D’Souza, Ujjo’s founder and CEO in a press release. “When the news about Drake broke, I started wondering if there could be a fun way to bring hot sauce and condoms together. I reached out to Neil [Mehta, CEO of Royal] and he thought the idea was just as funny as I did, so we decided to go for it and see what would happen.”

The limited edition offer launched May 1, and will be available until the end of the month or until supplies last. It can be purchased here for $26.99. Boxes will be delivered in June.