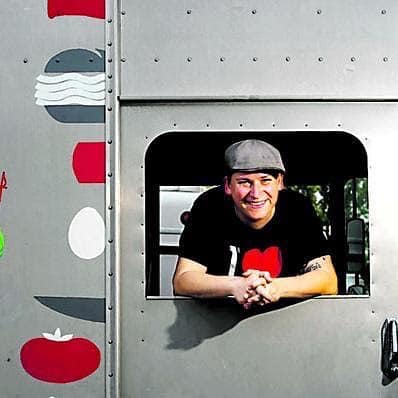 Catie Randazzo, owner of the former Brewery District restaurant Ambrose & Eve, was recently announced as a contestant on the upcoming HBO series “The Big Brunch,” and now, they’ve even received a brief spotlight in a recent “People” story.

On Oct. 20, “People” released an article about “The Big Brunch” including both an interview with the show’s host, “Schitt’s Creek” alum Dan Levy, and an introduction to each cast member.

In the story, Levy is quoted as saying the show–which aims to highlight community-focused chefs from across the country–”restored [his] faith in people.”

“It turns out that when you put 10 people who are doing wonderful things for their communities together in a room, it only makes everyone around them feel like everything’s going to be okay,” Levy said in the story.  “It restored my faith in people.”

The article goes on to highlight each of the show’s 10 candidates, including Randazzo, the longtime Columbus chef (co-owner of Ambrose & Ever and founder of the Challah! Food Truck) who recently relocated to California.

“To Catie, brunch is the perfect place to meet up with friends and family to bond over pancakes, memories, and mimosas. Catie’s focus for brunch is to keep it simple and use thoughtful ingredients with integrity. Their go-to dish is a French omelet with fresh herbs and creme fraiche, served with a simple salad of organic greens,” the story reads.