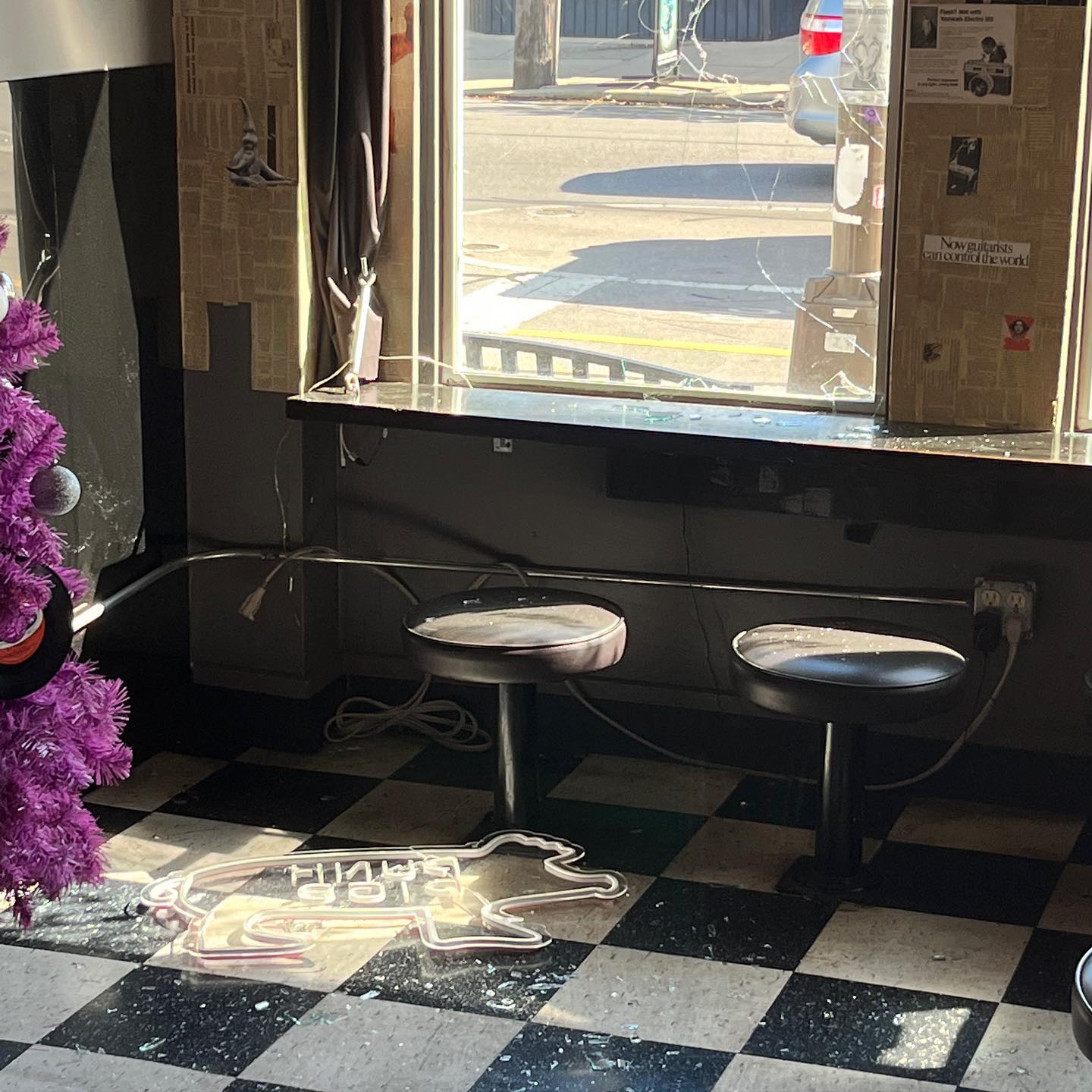 While the SoHud-based sandwich spot Punk Pigs recently celebrated its second birthday, the day after its anniversary was spent picking up shards of glass from the restaurant floor.

According to a statement posted to the Punk Pigs Instagram account, a rock was thrown through the window of the eatery—which is located at 2515 Summit St.

“A birthday surprise! One day after our 2-year anniversary, some folks decided to throw a rock through our window,” the statement reads.

A pair of photos shows the aftermath, with shards of glass and the eatery’s iconic, pig-shaped neon sign lying on the restaurant floor. Punk Pigs told 614Now that this sign will likely be the most costly item to replace.

The eatery also released surveillance video from a building across the street that captured the entire incident. A man wearing shorts and a blue bandana appears to kick over a potted plot on the opposite side of Summit Street, before crossing the street and standing in front of Punk Pigs. He picks something off the ground and throws it through the window, before walking away.

Despite the incident, Punk Pigs did not need to close or alter its hours of operations.

The restaurant, located in the heart of the SoHud neighborhood, offers a variety of inventive sandwiches, all of which are inspired—and most of which are named after—iconic punk bands.