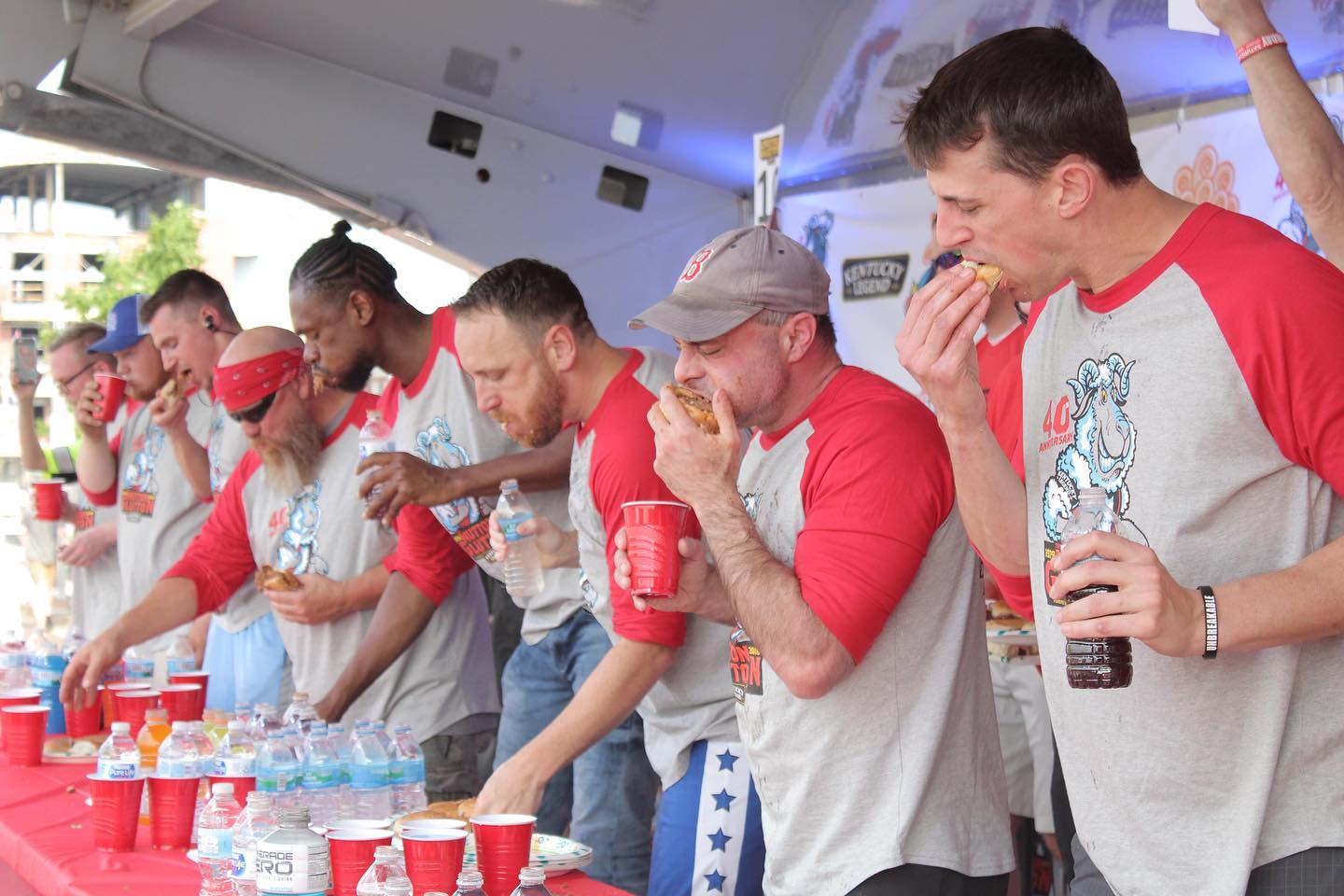 For the second year in a row, Major League Eating will bring the World Pumpkin Pie Eating Championship to the state of Ohio.

Last year, Joey Chestnut took the title when he consumed 16 pounds, 12 ounces of pie in the allotted 8-minute period. And while competitors will most likely be gunning to best Chestnut’s mark, they’ll also be aiming to top the world record, which was set by Matt Stonie in 2014, when he ate 20 pounds, 13 ounces.

“The Destination Outlets World Pumpkin Pie Eating Championship is one of the mostcompelling contests of the season,” said Sam Barclay, emcee at Major League Eating. “Eaters should not underestimate the skill and determination it will take to beat the world record of 20 pounds and 13 ounces of pie.”