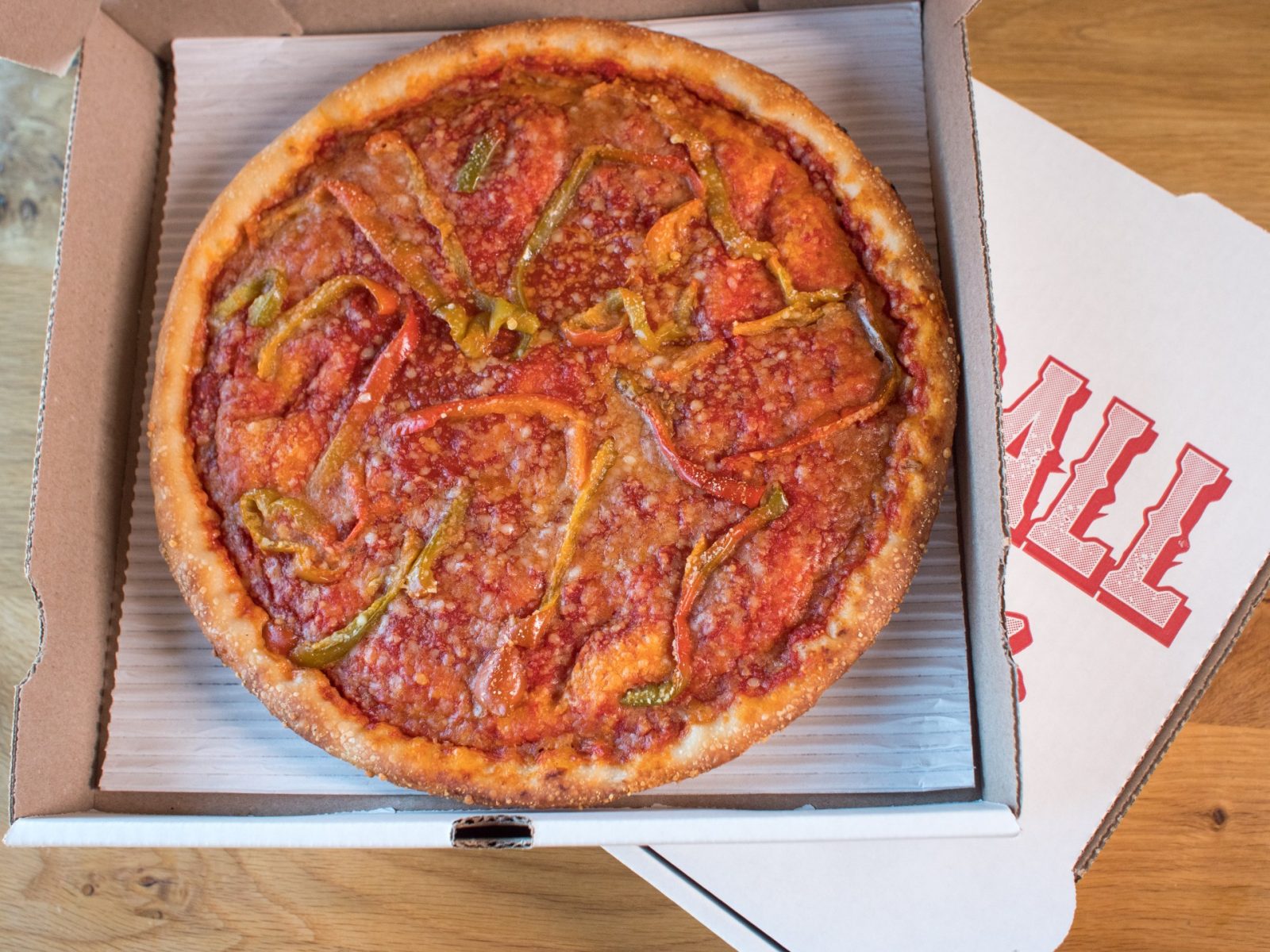 This Ohio city is home to one of the largest annual crow migrations in the world, and there’s a festival to celebrate it

Missing Jimmy’s, a laid-back bar that opened yesterday at 55 S. High St. in Dublin, is the second Columbus-area business venture for brothers Robert and Vinnie DelliQuadri. It’s also the first spot in Dublin that now offers a style of pizza that’s still relatively hard to find in Columbus.

The DelliQuadris, who are Youngstown natives, first launched their Meatball Mafia food truck here in 2016. In 2020, they grew their concept into a brick and mortar location at 5354 Center St. in Hilliard. But when they designed their signature meatball-centric menu, the brothers made sure to include Briar Hill pizza, a tradition unique to the Northeast Ohio region they once called home.

Made with a bready dough, Briar Hill pizza features red sauce, peppers, and romano cheese. It’s become increasingly available three hours southwest of its birthplace, as more Youngstown natives have relocated to Columbus and featured it on their menus here.

From Youngstown, Borgata Pizza Cafe owner Ed Bisconti has taught his staff now to make Briar Hill pizza. While the pizza isn’t on the regular menu, customers can order it by request. Bisconti also featured it as a special at the Budd Dairy location during Lent this past spring.

The pizza can also be found at Wizard of Za, the creation of former owner and Youngstown native Spencer Saylor.

Though pizza shops in the Northeastern Ohio area began selling Briar Hill-style pizza in the 1970s, the tradition originated during the Great Depression. DelliQuadri said the pizza came out of the Briar Hill neighborhood, the first Italian neighborhood in Youngstown that was settled in the late 1800s.

During the depression, residents used government-issued flour to make their weekly bread. Any leftover dough was used to make pizza in outdoor brick ovens that neighbors shared. Residents canned their own sauce, including what they could grow in their gardens—peppers and tomatoes. Those with enough money added romano cheese.

“You needed a cheese you could keep in your basement,” DelliQuadri said.

As the decades passed the tradition stuck, until it was picked up by area pizzerias.

Kevin Burns and Brad Hobbs—who own Olde Towne Tavern with Hobbs’ wife, Krista Sparks—are Youngstown natives who grew up eating cold Briar Hill pizza leftovers right out of the fridge. When the trio opened their tavern in June of 2012, the pizza was included on the menu along with other Youngstown favorites such as Wedding Soup and Monkey Salad.

“It’s always been there,” Burns said.

The Tavern recently celebrated its 10th anniversary this past June, and the Briar Hill has proved it has staying power.