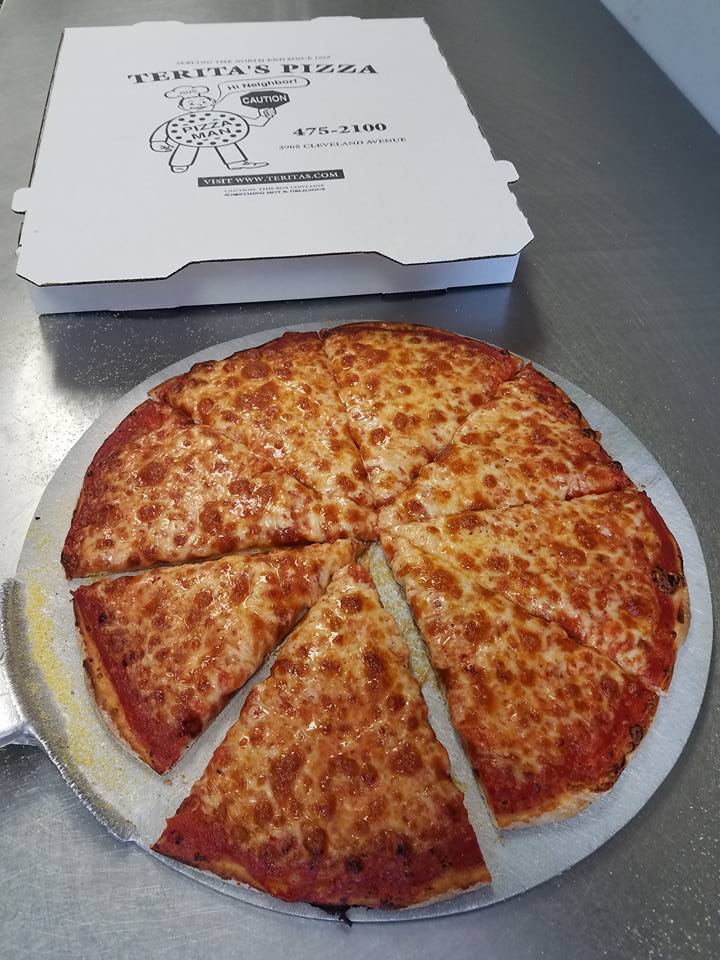 At over 54,000 members strong, the Pizza Connoisseurs of Columbus has become—more than just a Facebook group—a touchstone for Central Ohio foodies.

So when they name the best pizza in the City, we listen.

At midnight on Saturday, the group officially concluded voting for the 2022 Pizza Connoisseurs of Columbus Shop of the Year award. According to group founder Nakimba Mullins, after more than 4,000 votes were tallied between Oct. 1 and Oct. 15, this year’s top pizzeria is Terita’s Pizza.

This marks the third time Terita’s has won distinction in the eight years the group has held a vote to name the City’s best. The small, carry-out spot has been located at 3905 Cleveland Ave. in North Linden for more than 60 years, serving up thin and crispy Columbus-style pies.

Mullins said there’s no monetary prize for the winners, but each receives “a nice plaque on the wall and a whole lot of business.” This year’s plaque will be awarded to Terita’s on Oct. 26.

Here’s the full top ten from this year’s vote:

Last year’s winner, Pizzaroni’s Pizza, is temporarily closed while ownership finds a new location, making it ineligible for the 2022 vote.

And while Mullins noted the group was initially launched so he could find the best pizza in Columbus for himself, it’s become something larger over the years.

“Even though I started the group for selfish reasons, now my goal is to put Columbus style pizza on the map so we can be up with the New York, Chicago styles of the world,” he said.

Be sure to check out our Tasting Columbus episode on Terita’s below to learn more about the beloved pizzeria.