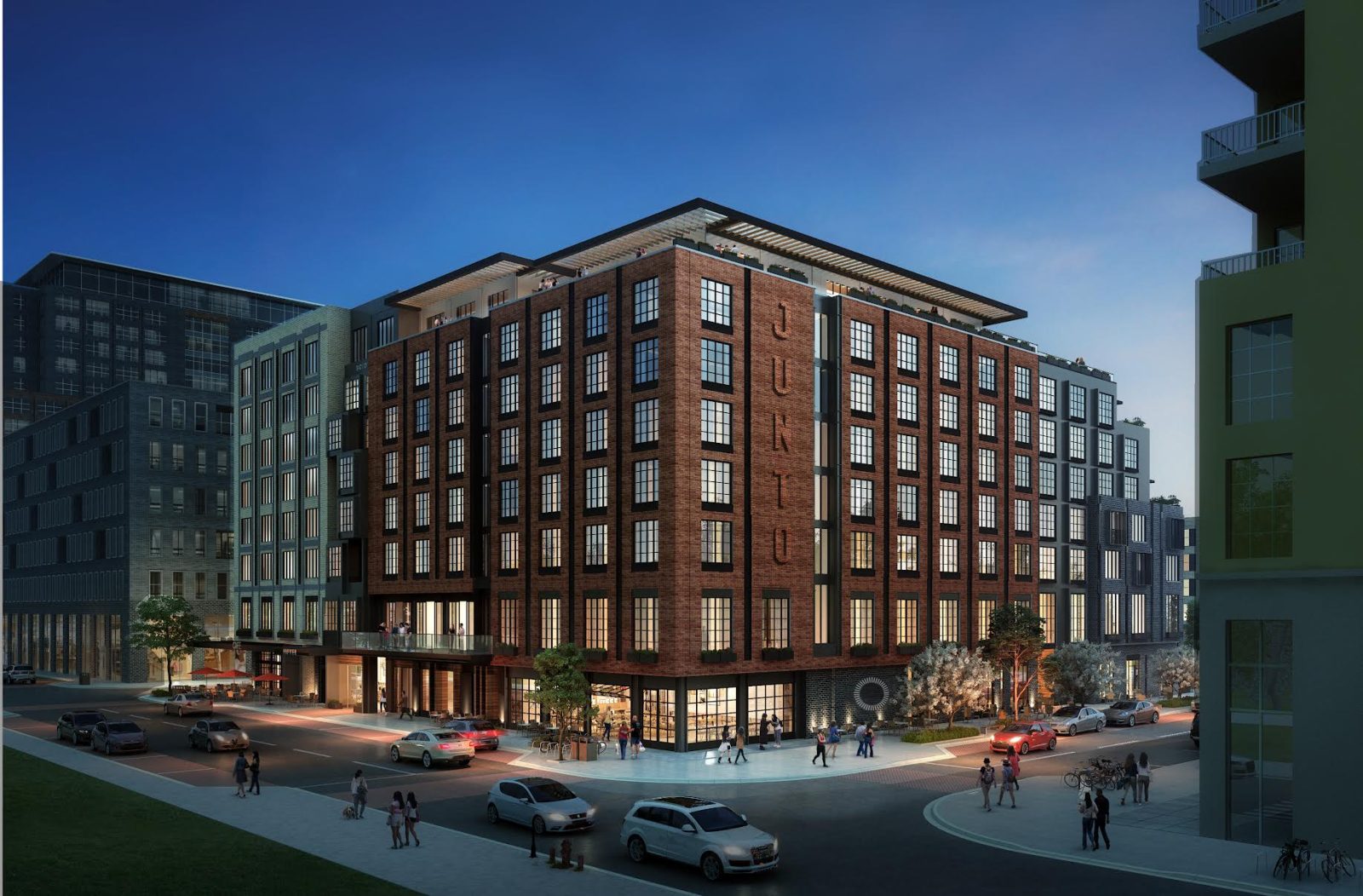 Although the Junto Hotel won’t open until Spring of 2023, the posh new spot recently confirmed the list of food and drink concepts coming to the hotel, and there’s a lot to be excited about.

According to a press release, six food, drink and entertainment spaces in total will open inside the Junto Hotel, which is currently under construction and will be located at 77 Belle St. in Franklinton. Here’s a quick look at all of them.

Operating as a walk-up window, Little West will serve as the first dedicated poutine concept in Columbus. The new eatery is being advertised as “the closest thing to a street food vendor in Franklinton.”

As the Junto itself was inspired by a Benjamin Franklin-founded social club, it makes sense that the hotel’s “unpretentious” rooftop bar, Brass Eye, takes its name from a phrase used in Jefferson’s 1737 publication, “The Drinker’s Dictionary.”

This approachable and informal restaurant, which welcomes groups to stop by to watch a game or grab a drink, will be open day or night, and is described as a “wood-hearth neighborhood tavern.”

In line with the new hotel’s playful atmosphere, its on-site coffee shop and cafe is named after OSU’s 1926 homecoming queen, who happened to be a cow. Maudine’s will offer coffee, baked goods and other grab and go items.

Billed as a “compelling take on the hotel lobby,” The Trade Room will offer breakfast, other quick bites and coffee during the day, before transforming into a bar space at night.

This attached space to the hotel’s lobby will feature fire pits and plans to serve as a “magnetic gathering hub” for hotel guests and Columbus residents alike.