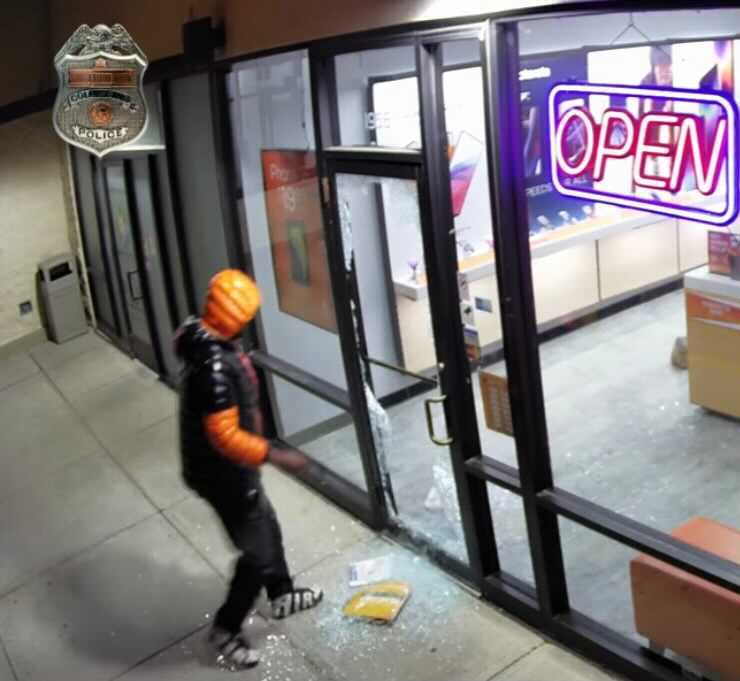 Columbus Police are attempting to identify the person or persons behind a recent sting of Linden-area burglaries.

The most recent, which police shared a short surveillance video clip of yesterday, occurred just before 5 a.m. on Nov. 7.

The video is from a business located on the 3300 block of Cleveland Avenue. It depicts a man in an orange and black coat throwing a rock through the glass door of the business.

Once the door shatters, the suspect enters the business, and is later seen emerging from the shattered door. According to a press release, footage from inside the store (which was not released) shows the suspect removing cash from the store’s register.

You can watch the video below:

A post shared by Columbus Division of Police (@columbus_police_)

A press release shared by police earlier this week shows a suspect breaking into a restaurant located nearby, on the 1200 block Morse Road. That incident took place on Nov. 7 at 4:42 a.m., and surveillance photos depict a suspect in a similar jacket, with a black body and orange sleeves. The two robberies occurred just over one mile apart.

Police noted thag they believe the suspect in the Morse Road burglary attempt is linked to similar incidents nearby.