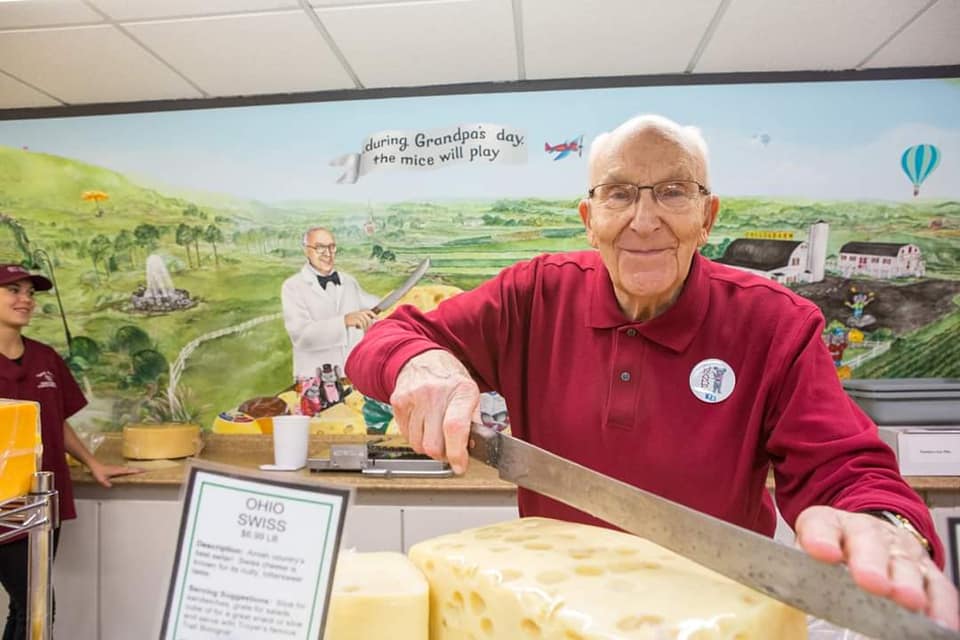 The face of a much-loved roadside store has died

“Grandpa” Paul Baum, the inspiration behind Grandpa’s Cheese Barn in Ashland, died yesterday at the age of 93.

Grandpa’s Cheese Barn, a popular stop for those making the trek between Cleveland and Columbus, is located at 668 US-250.

“We’ve been blessed with their guidance & presence all these years. The Lord has a greater purpose & has called him home for Christmas,” a statement posted to the store’s Facebook page reads.

The statement also noted that just four days before he passed, on Dec. 4, Paul Baum celebrated his 73rd wedding anniversary.

The shop, known for offering an assortment of cheeses alongside sweets like buckeyes and chocolate, was first opened in 1978 by Richard & Ronda Poorbaugh. “Grandpa” Baum was Ronda’s father.