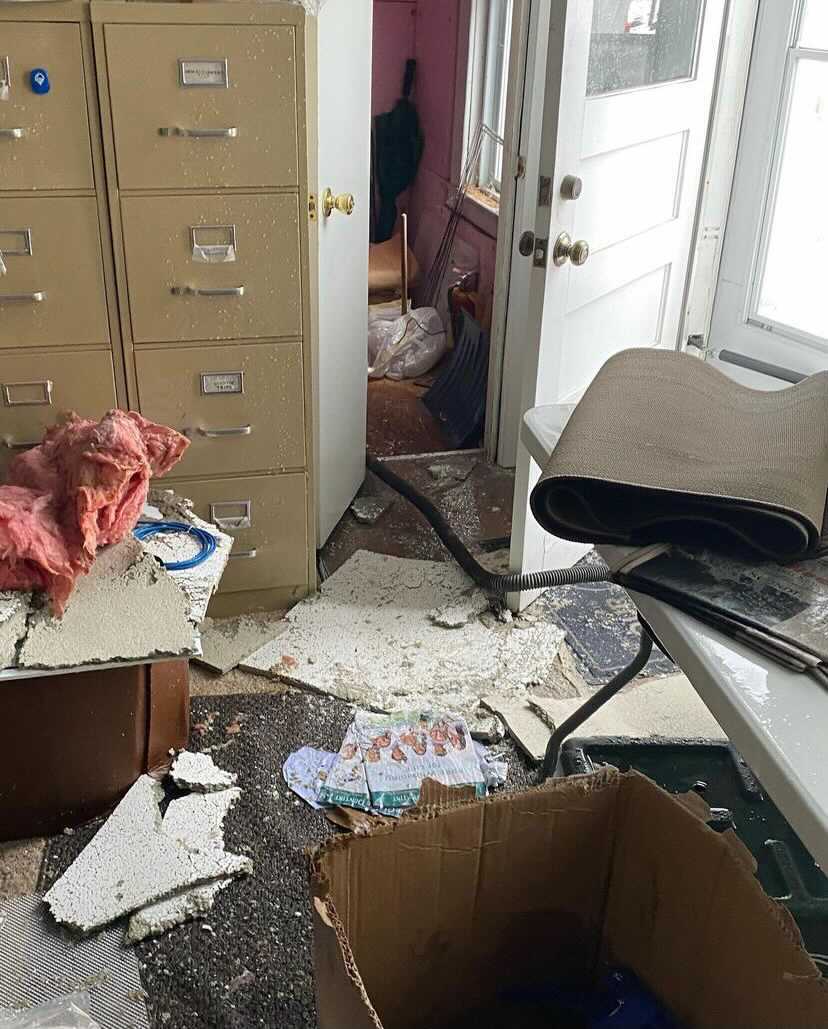 The Accidental Cheesecake Artist: How (bad) luck led to a new dessert hotspot for Columbus

While we’re over the bitterly cold spell of winter weather that came into central Ohio late last week, the effects of it are still impacting the Columbus area.

Yesterday, retiring Senator Jay Hottinger posted a video of flooding in the Ohio Statehouse to his Twitter account. In the video, water pools on a senate floor carpet, while a torrent of it appears to be coming from the ceiling. A blue bucket set up to combat the leak is also overflowing.

“My last day at the Statehouse not going very well,” the tweet reads.

The Ohio Statehouse wasn’t the only important building affected, either. The Hilliard Chamber of Commerce also experienced severe flooding after a pipe burst in their office building Saturday afternoon.

The Chamber posted multiple photos and videos of the flooding to its social media accounts, which appears to have caused a significant amount of damage. The post noted the flooding knocked out the Chamber’s phone service, although it can still be reached via email.

“A big surprise when arriving to the office on Tuesday, 12/ 27. Lots of work ahead,”  an Instagram post about the incident reads.