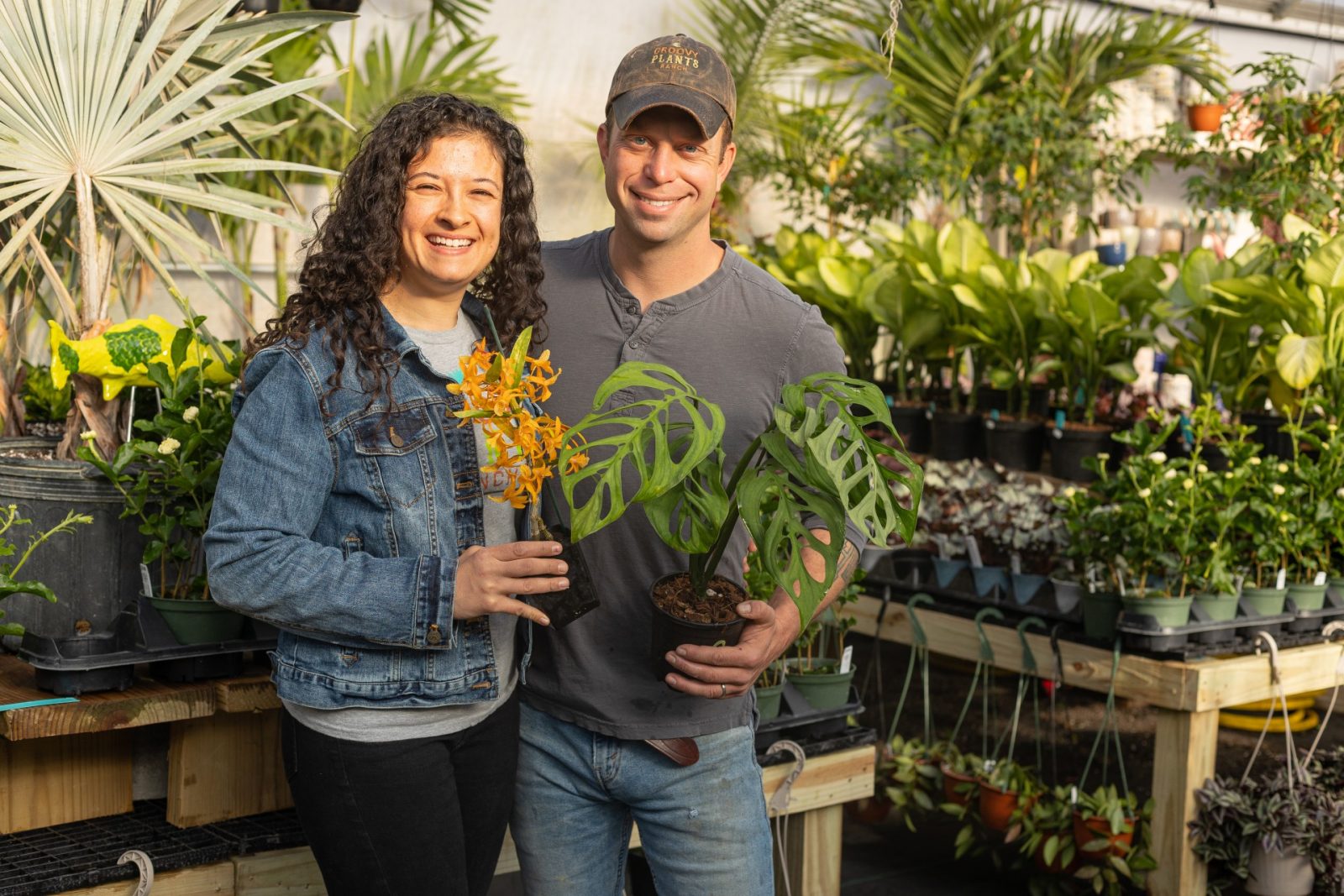 Movies by Moonlight coming to Easton this summer

Ask Jared Hughes where Groovy Plants Ranch began and he’ll give you the same answer he gives to everyone. And it’s the last place most of us would expect.

“It was the floor of Foertmeyer and Sons,” he said with a restrained chuckle.

While in college, Hughes took a position as a general laborer at Foertmeyer & Sons Greenhouse in Delaware, Ohio. He didn’t know—or care—much about plants or their cultivation at the time, but slowly, like the green sliver sprout breaking through the soil, both his knowledge and his desire grew.

He began moonlighting as a landscaper, and started paying more and more attention to the plants in the nursery that were around him daily.

“I would notice all these little pieces of plants would fall off the nursery shelves. A few weeks later, there would be little plants growing where they fell,” Hughes said. “And then I got more and more interested. I fell in love with plants; I soaked up everything I could like a sponge.”

So instead of pursuing a career in natural resources—his college major—Hughes chose to pivot instead. He purchased an entire retail rack of succulents for $300 that his boss at Foertmeyer & Sons wasn’t able to sell, chopped them up into “thousands of pieces,” and plunged forward into his plants.

“That’s how it’s been, really,” Liz Hughes, Jared’s partner and co-owner of Groovy Plants Ranch, said of the propagation process. “One crop would eventually pay for another, and then one greenhouse would pay for the next. It’s a process, but it’s one we love.”

Groovy Plants Ranch initially began as a wholesale operation, selling home-grown succulents to customers like Oakland Nurseries and Strader’s Garden Center. And to this day, the Hughes say that the use of plant cuttings to propagate their own plants is core to the operation of the Ranch.

Because of this, the Hughes say, they’re always on the lookout for interesting species, even when they’re on vacation.

“We’re kind of worried about the TSA at this point,” Jared Hughes said with a laugh. “There was one trip we went to Denver for a conference, and we had to buy a new suitcase to fit everything we found. And we filled it up completely; I don’t think that suitcase would have held one more plant.”

They estimate that one of their best-selling flowers, a species they found while in Portland, has been propagated upwards of 40,000 times.

If things are starting to sound a bit scientific, that’s because they sort of are. The experience of being at Groovy Plants Ranch—with nearly two acres of walkable, plant-lined greenhouse and outdoor space (plus four more acres of plant “production” space)—begins to feel like a stroll through a natural history museum, with a giant, interactive catalog of interesting and unusual plants all around.

But at the same time, the calculated and the systematic are just as often thrown out the window at Groovy Plants Ranch.

This is nowhere more evident than in the business name itself.

“A lot of people see our name and think, ‘What exactly does that mean: Is it 70s? Are there cowboys?’” Liz Hughes said. “But that’s it exactly: It’s not definable on purpose. We’re not a curated plant store in a little building. We’re not just a garden center. This is this kind of and undefinable thing.”

While the space needs to be seen in person to truly appreciate all of its unique flavor and flair, it has also becoming something of a social media sensation, where people take photos of the vintage 70s van permanently parked in front of the Ranch, or a sprawling section of Cryptanthus with stark, multi-colored stripes.

“Our mission statement is basically to have a plant mecca where people can come and see and experience plants,” Liz Hughes said. “Because we’re not just a store. If we were just a store, we wouldn’t be in the middle of a wooded lot in the country. It’s not just just about growing and selling; It’s about people coming and enjoying their time.”

To this end, the Ranch is always growing and evolving as well. Jared Hughes has added a new greenhouse tour to the list of Groovy Plant attractions. For $20 (an amount that is later put toward your plant purchases for the day), visitors can join Hughes on a walk through Groovy Plant Ranch’s offerings, pick his brain for advice, and simply talk about plants with other passionate plant people.

The Hughes are always constantly adapting to the highly mutable plant market as well. Last year, they noted the “house plant boom” was in full effect, and they could barely keep up with demand. And while they probably can’t predict the next huge trend with pinpoint accuracy, it likely doesn’t matter much.

They’ll be ready either way.

“We have hundreds of rare plants, but for people only looking for one thing, they might just walk right past it and not know,” Jared Hughes said. “We have all of these things because we love plants. We really do. Our place has grown considerably, but at the end of the day, we’re just plant nerds. That’s why we do this.”

Check out video companion for this story here!