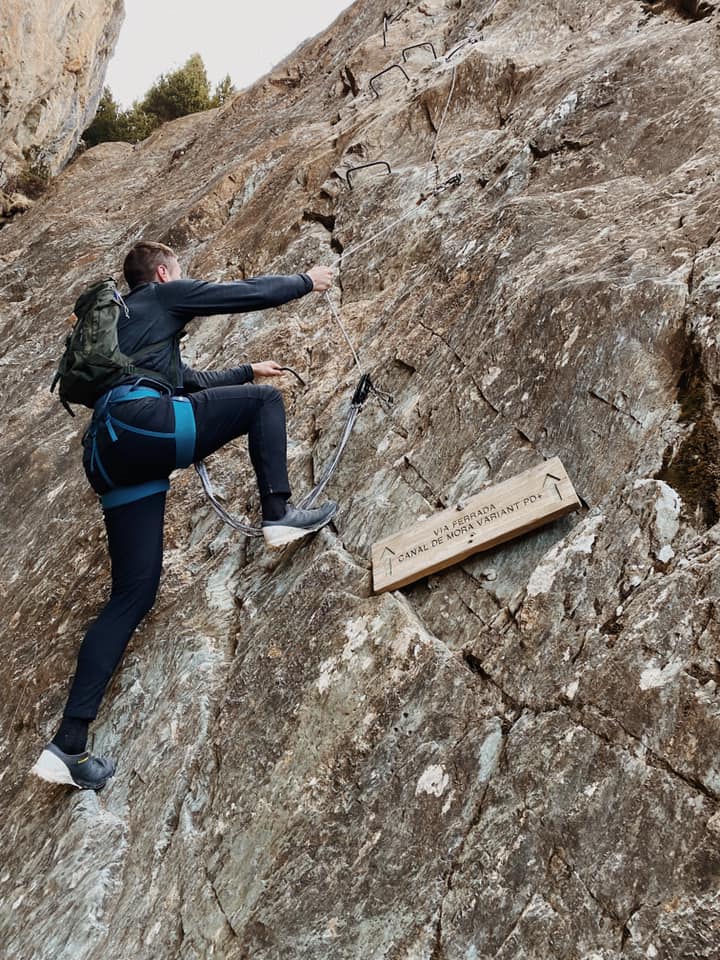 While Quarry Trails Metro Park is always pretty cool, it’s about to get a whole lot cooler.

So much so, The New York Times is taking notice.

In a story published earlier this week, the publication highlighted the new via ferrata that will be installed in one of the limestone rock formations at Quarry Trails Metro Park soon.

Long-popular in Europe and borrowing the Italian phrase for “iron way,” a via ferrata is a type of novice-friendly climbing route that can be described as an outdoor activity somewhere between a light climb and a strenuous hike.

These routes feature a continuous set of rungs affixed to a rock face that serve as hand-grips and footholds, and they allow those without any climbing experience to scale a cliff with relative ease. As participants are attached to a safety harness as they would be in other forms of rock climbing, the same level of safety is still provided.

According to The New York Times, the Quarry Trails route will be the first-ever urban via ferrata. It’s being constructed by the Estes Park, Colorado-based company Via Ferrata works, and will be installed in one of the quarry’s 150-foot limestone rock faces. It’s set to open this fall.

So either get over your fear of heights, or don’t look down, because this is an outdoor attraction you don’t want to miss.