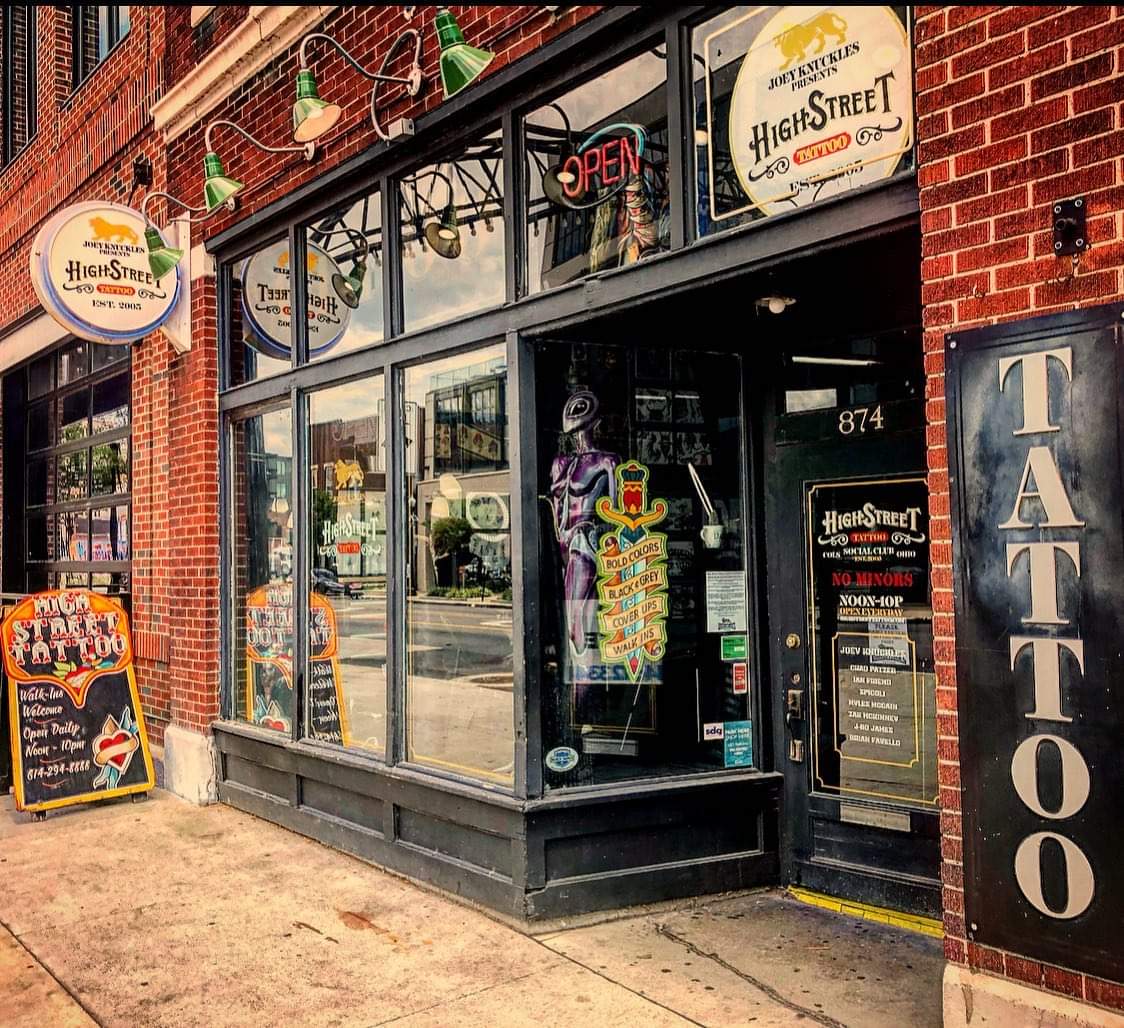 Just as it was looking to be a normal Sunday afternoon at High Street Tattoo, it wasn’t.

That’s because a gray sedan veered off of High Street, striking the side of the building.

Luckily, no one was hurt, and High Street Tattoo has remained open throughout the incident. According to Manager Chris Kesner, who was working when the incident occured, the vehicle struck a section of the building’s facade that caused as little damage as possible.

“It hit in the best spot it could have: right on the brick of the building. We’re lucky to have these sturdy, early 20th century bricks,” he said. “If it hit ten feet away in either direction, it would have ended up inside the store.”

According to Columbus Police, the car was attempting to turn left onto W. First Avenue from High Street, and had to speed up to avoid a collision, which led to the crash. There two passengers in the car at the time of the incident.