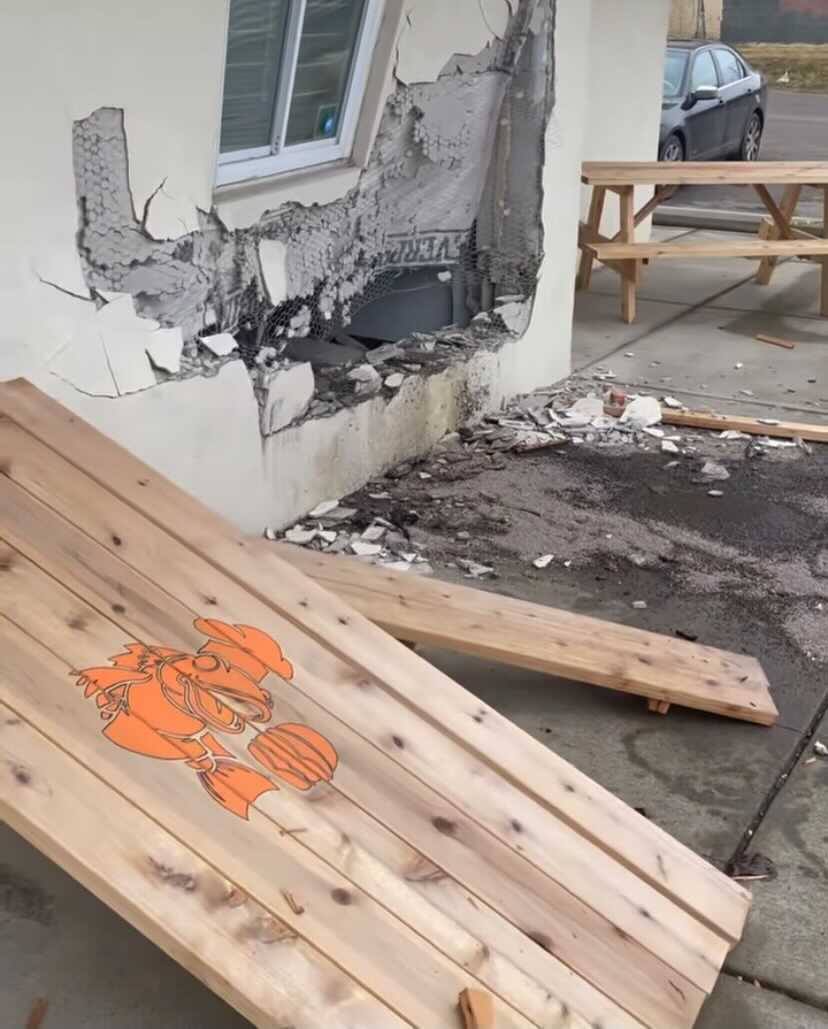 The new year brought a new hurdle for one east side eatery.

After a silver sedan crashed into its Livingston Avenue storefront on the evening of Dec. 31, FishBurger is temporarily closed.

Co-owner Randy Keyes told 614Now that the incident occurred around 9 p.m. on New Year’s Eve. No one was inside the restaurant at the time of the crash, and Keyes was informed of it after a friend drove by the store that evening,

FishBurger owners said police told them the vehicle was stolen. You can watch a video detailing damage caused by the crash here.

The eatery was set to reopen this week after a brief holiday break, but will remain closed temporarily, according to an Instagram post from FishBurger owners.

“We, Randy Keyes, Demetrius Howard, Mom and Auntie, are all without our sole income, while figuring out how to save our restaurant,” the post reads.

The eatery has also launched a GoFundMe campaign. By the time this story was published, just over half of its $7,000 goal had been raised. FishBurger owners said on Instagram that the damage is not covered by its insurance, and they are waiting to see if the building’s landlord will be able assist.