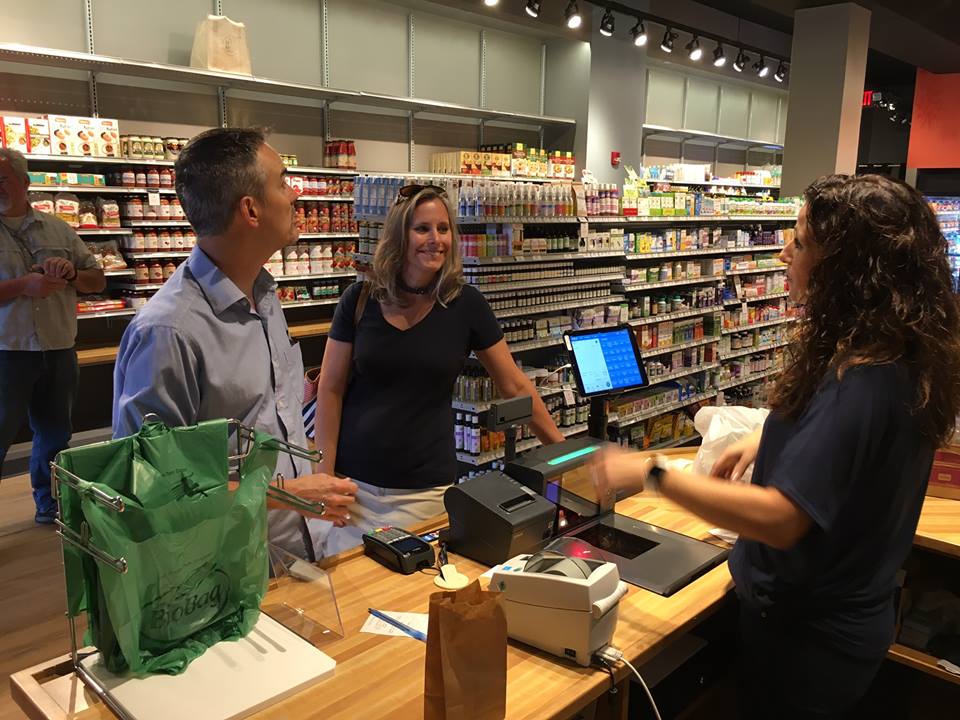 Oats & Barley launched their new store in the Short North Tuesday as the premier supplier of organic products and fresh produce in the downtown area.

The stores opens to replace Breathe Fitness which left last December after 11 years in business.

Oats & Barley will host a cornucopia of products and produce that are, according to co-owners Shannon Sano and Georgia Agganis, locally sourced, naturally healthy, convenient.

Oats & Barley’s local farmers are managed through Premier Produce One, and the produce is sourced from the Columbus area and nearby Ohio locations.

Though the market is just 3,000 square feet, making it the smallest grocer in the area, healthy convenience is one of their major attractions, “There’s so many people that walk around and we love the community here so we wanted to provide a healthy environment,” said Sano. You can walk in after work and grab one of their many prepared foods that are provided in a grab-and-go style.

Not only do they serve up some of the healthiest eats in town, they also offer a wide selection of beer, all from Columbus. Their wine selection currently consists of few columbus locals and national and international wines.

Don’t feel shy around the owners, because they will learn your name, or at least they’ll try, “One of our goals is to learn everybody’s name,” said Agganis, “we want to be like a mom and pop shop because that’s what we are.”

The market is open now, but they will have a grand opening August 27th where you can meet their local vendors, taste some wine, and have a generally good time in the tiniest market in town.

Check out the Oats & Barley’s Facebook page for more upcoming info and promotions!

There is a New Big Cheese at North Market