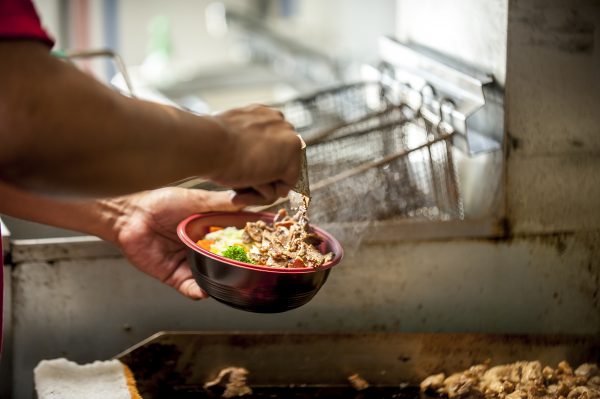 Nothing brings hordes of hungry people downtown like the Columbus Food Truck Festival. From its debut five years ago, the eatery-on-wheels celebration has grown into one of the biggest events of the summer. The convoy of trucks from all around the Midwest will set up in the Columbus Commons August 12th and 13th.

Each year is also an opportunity to try out new trucks as they pull up to the bumper of old favorites. Three we’re excited about this year are all locally-grown: and this week we’re talking about Ninja Bowl.

Ninja Bowl has been rolling around the city since the turn of the year and will pull up to the Columbus Food Truck Festival with all bowl menu for meat lovers and veggie folks alike. Add some edamame, harumaki, and gyoza, and you have a passport to Japanese street food. Run by husband and wife, Andre and Amanda Setiawan, you can’t miss their colorful truck wrap making its way across the city.

What inspired Ninja Bowl? My daughter inspired us to open Ninja Bowl because she loves Japanese food. When we watch the The Great Food Truck Race, she is always asking how we can win the prize. And with a food truck, we make our own schedule so we can have family time.

When did you start cooking? I learned to cook since I was little to help my aunt open a restaurant. I got to the United States at the end 1994 and I worked at a Japanese restaurant in New York City and became a head chef in 2004 cooking traditional Japanese, Asian fusion, Japanese fusion, and sushi. In 2012, we moved to Ohio; I was still passionate about cooking. And then I decided to open my food truck to bring my Japanese kitchen on the street. 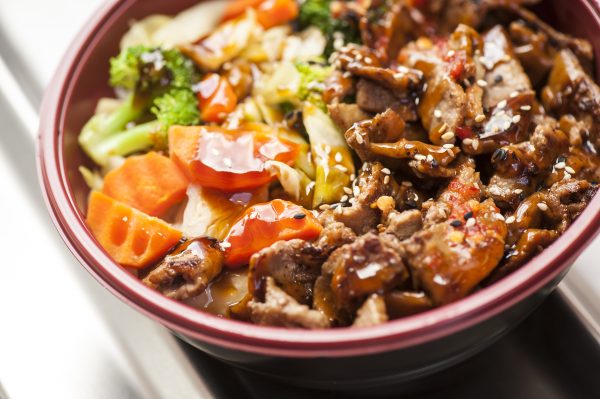 Are these your own recipes? Our recipes come from my experience working as a chef, and then I alter them in my way to fit in Ohio taste and, of course, to fit in the food truck world.

What’s the best and worst thing about running a food truck? The best thing about owning the food truck is that we can introduce ourselves to clients through food we sell; it is like having the kitchen on the street and it is pretty cool. The hardest thing is moving everyday—I mean, it’s like moving your kitchen everyday.

What’s Ninja Bowl’s signature dish? Our special dish, is our signature/best seller, is the chicken bowl—our special babekyu chicken on the bed of white rice, served with sautéed fresh vegetables and drizzled with our signature teriyaki sauce.

Cooking with Strangers — An Evening at German Village’s The Kitchen