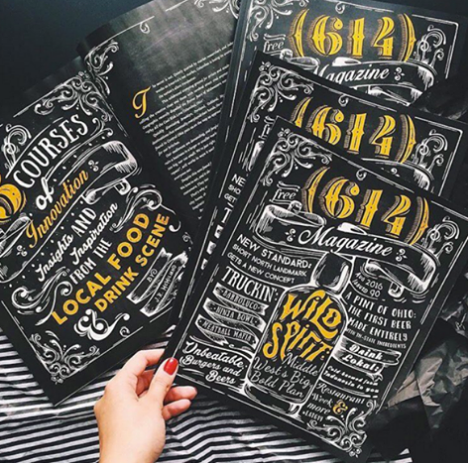 I know you probably don’t like people that gloat and that’s totally cool but we like…never gloat about ourselves and we just wanted to say this small, tiny little thing:

We won four awards from the Ohio SPJ Awards! Including Best Small Circulation Monthly in Ohio!

We’re excited that the SPJ has honored us with such a tremendous award. The entire team works hard as hell every month to deliver a beautifully packaged magazine that honors the spirit and soul of our capital, Columbus.

The magazine itself remains strong in content because the city it serves is constantly reinventing itself, said Editor-in-Chief Travis Hoewischer.

“We’re cool because Columbus is cool,” he said.

Thanks from the bottom of our hearts for reading our work, engaging with our magazine, and allowing us to bring you news and make you smile. This is the second time we’ve won this award in three years and it is awesome each time.

SPJ’s mission is something we align with: defense of the First Amendment, support of literacy, resistance to censorship, advocacy for openness of public records and meetings, media self-criticism and community service.

Again, we’re honored to be honored by the SPJ.

We won second place (silver is still beautiful) in:

The awards categories included large print, small print, radio, television, digital media, trades, freelance and college. They have a full list on their site – there was some stiff competition!

To check out a full list of winners from 2016’s Ohio SPJ Awards, head over to their site.

ABOUT SPJ: The Society of Professional Journalists is the nation’s most broad-based journalism organization, dedicated to encouraging the free practice of journalism and stimulating high standards of ethical behavior.