Now open: Get second and sixth helpings from expanding restaurants

People are lashing out at a Johnstown business owner after he so disrespectfully, insensitively, and stupidly took to Twitter about the Westerville police shootings. Brad Jalovec is the owner of Route 62 Barbeque at 580 W Coshocton St. in Johnstown and obviously not #WestervilleStrong. 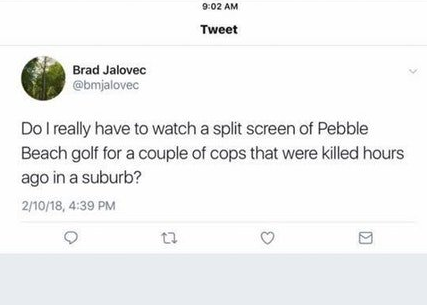 Of course, the Tweet and even the Twitter account have been taken down but people these days know better than to forget to screenshot. From Facebook to Twitter to Yelp, people are bashing Jalovec for his complete and utter disregard to the tragic losses of Officers Eric Joering and Anthony Morelli.

Well @62BBQ & @bmjalovec I won’t ever be supporting a business that posts shit like this. I’m sure a lot of people won’t now either. Dumb ass. https://t.co/jKXqr5T4kZ

@bmjalovec congratulations! You are going to be blowing up on Facebook! But not in a good way! I am a law enforcement officer and its a shame that people like you are so calloused and cruel… Really? A stupid golf tournament?! Pathetic! #SMDH!

@bmjalovec hey brad….saw your post in regards to the police shooting. Ya…..fuck you. Grew up in Johnstown. Love Johnstown. Your establishment was one of my favorites. Ate there twice a week. I will now be taking my business to The Hawks Nest. Better food anyways asshole. Fail

@bmjalovec is the owner of 62BBQ in Johnstown, don’t ever support a business run by someone like this. PLEASE RETWEET @tellwesterville pic.twitter.com/CUpzCXnc0V

@bmjalovec so you don’t care about the police officers who were murdered in Westerville?! You can’t show any sympathy?! Since when is some crappy golf tournament more important than cops getting killed in the line of duty! You should be ashamed of yourself! Pathetic!

Johnstown’s City manager has even addressed this situation and let everyone know their city DOES stand with Westerville even though this idiot clearly does not.

Jalovec tried to save face by posted to his business’ Facebook page (which has since been taken down). 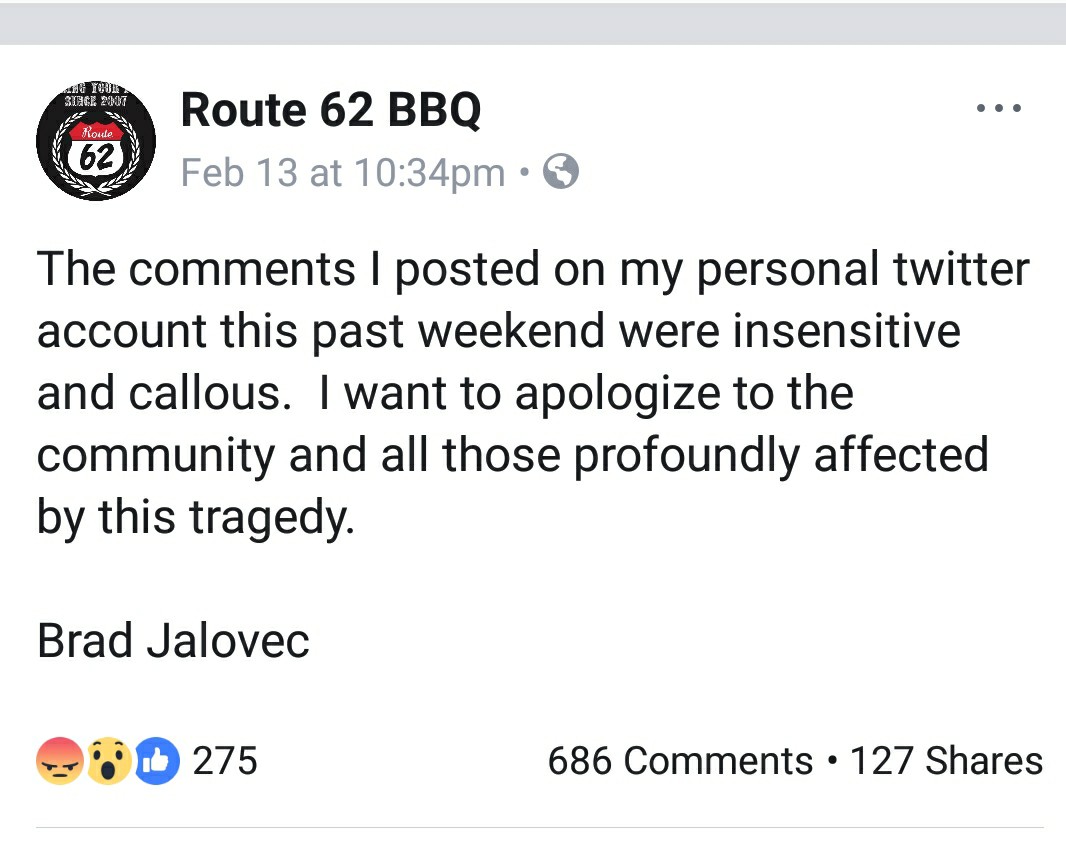