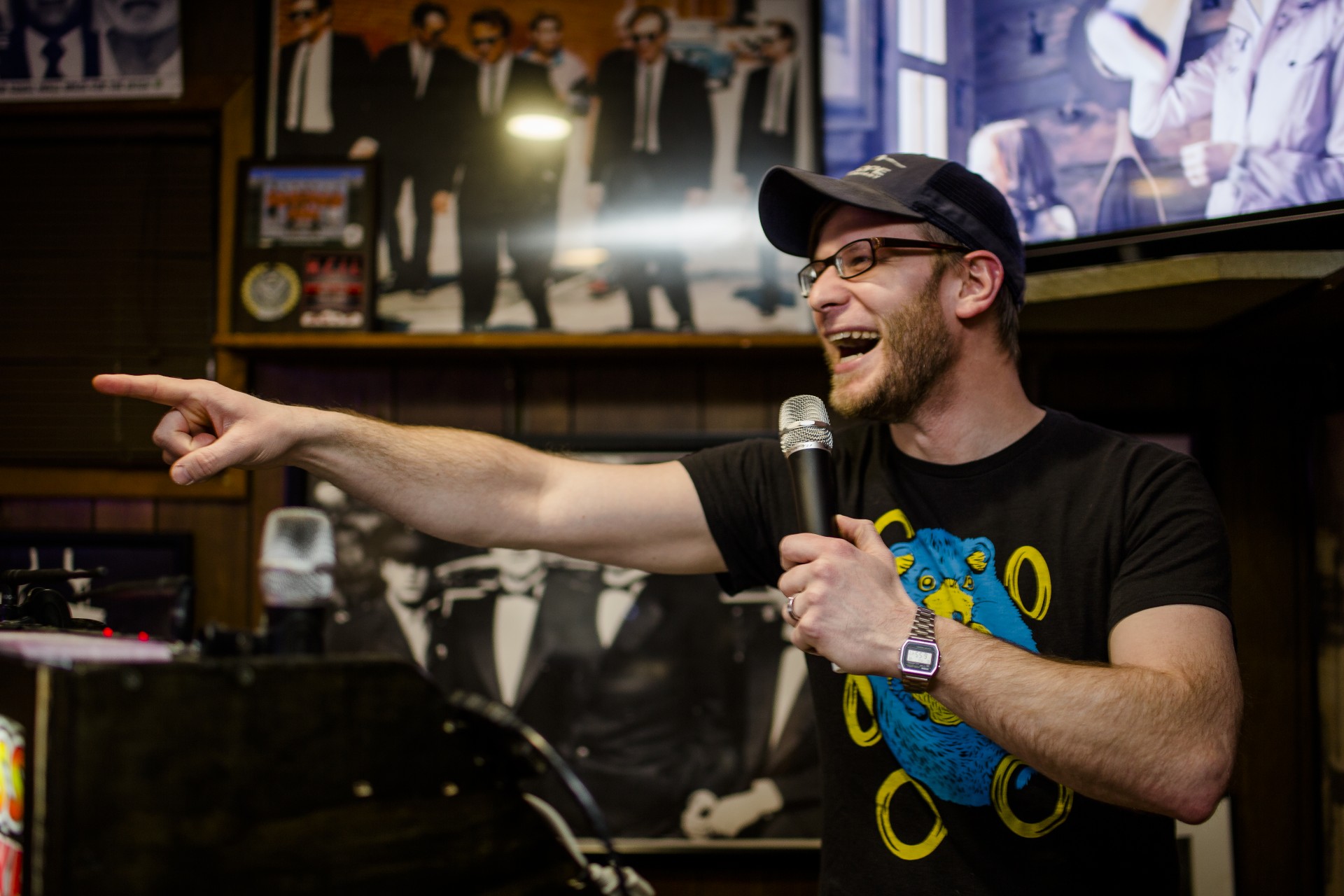 “Man, you guys suck!” The trivia host said as he came by our table table to retrieve his brightly colored buzzer. He wasn’t wrong. My friend/trivia partner and I probably should have had less to drink. We probably should have been playing closer attention to the questions, or stopped second-guessing ourselves into wrong answers. Now, the contest was over, and our chances at a $10 bar tab were utterly dashed. Of the six or so teams competing, we came in dead last.

In recent years, bar trivia has emerged as a popular pastime for bar patrons to put their knowledge to the test in a quiz show format, complete with dynamic and entertaining hosts. In these contests, teams which typically consist of a handful of friends, vye against each other for meager prizes—usually a small amount knocked off of the winning team’s bar bill. As my luckless friend and I quickly learned, it’s a form of entertainment where only the fast and the nerdy survive.

Like karaoke, bar trivia offers participants a chance do something at their local watering hole besides pound drinks. Bars are eager for something to draw customers on the slower nights of the week, and contestants get the chance to put their pop culture knowledge to work. But what kind of person goes to a bar on a weeknight to mentally dominate drunk strangers?

“In my opinion, there’s trivia people, and then there’s not,” explains John Egbert, who hosts several trivia nights each week for the company Excess Trivia (it was Egbert who chided my friend and I that evening when we completely bombed). “I have a lot of people sign up just to try it, and quickly realize it’s not for them.”

By day, Egbert is a working artist—he recently designed beer labels for Columbus’ Elevator Brewing. By night, he leads bar patrons through rounds of buzzer-style (think Jeopardy) and multiple-choice rounds of trivia in his role as host.

“When I started this I wasn’t a trivia guy. I did not have fun playing Trivial Pursuit; I didn’t watch Jeopardy,” Egbert says of his beginnings in what has become a full-time pursuit. He only fell in love with trivia after tiring of his onetime role of karaoke host.

If public recognition is a motivator for their audience, you have to wonder what would inspire Egbert and his fellow hosts to choose this unique vocation.

Jason “Squirrel” Davis runs his own trivia company, currently hosting three nights each week at local bars. He is perhaps best known for his first and longest running show at The Gateway Film Center. By day, he works in the accounts payable department at Capital University.

For Davis, it’s the chance to stretch his legs as an entertainer in a way not afforded to him in his day job that keeps him coming back. “As a host, it’s the performance aspect,” Davis explains. “I like to think I’m funny. My style is more of a fun game. For the teams, it’s more about fun than the challenge.”

To Mike Durst, who like Egbert is among the dozen or so hosts employed by Excess Trivia, it’s the social dimension that makes the work appealing.

“It’s pretty much my entire social life. My social circle has basically turned into people I know through trivia,” says Durst. “It’s nice, I get to go to work and know that I’ll see friends of mine and have a couple of beers and see what’s going on in their lives the past week.”

Davis’ sentiments are shared by Egbert, who also appreciates the opportunities for socialization that trivia affords to host and player alike. “I’m pretty selfish about it. I look at it like, it’s my night too, so I want to have a good time while I’m doing it,” he explains. “I always tell people, if you’re a real try-hard, overly-competitive type, my night might not be for you. I run a fun game, and it’s a reason for you and your friends to get together at a bar.”

With the prevalence of fan culture today, it’s likely that the brains of most people are overflowing with a wealth of trivial knowledge on at least one topic: sports stats, Breaking Bad, the Wizarding World of Harry Potter—whatever your bag may be—bar trivia offers a small form of redemption for countless of hours spent in idle media consumption.

The next time you’re hard up for something to do on a weeknight, spare the neighborhood bar your 10,000th karaoke rendition of Kelly Clarkson’s “Since U Been Gone” and give trivia a try. You might even make some new friends along the way. •