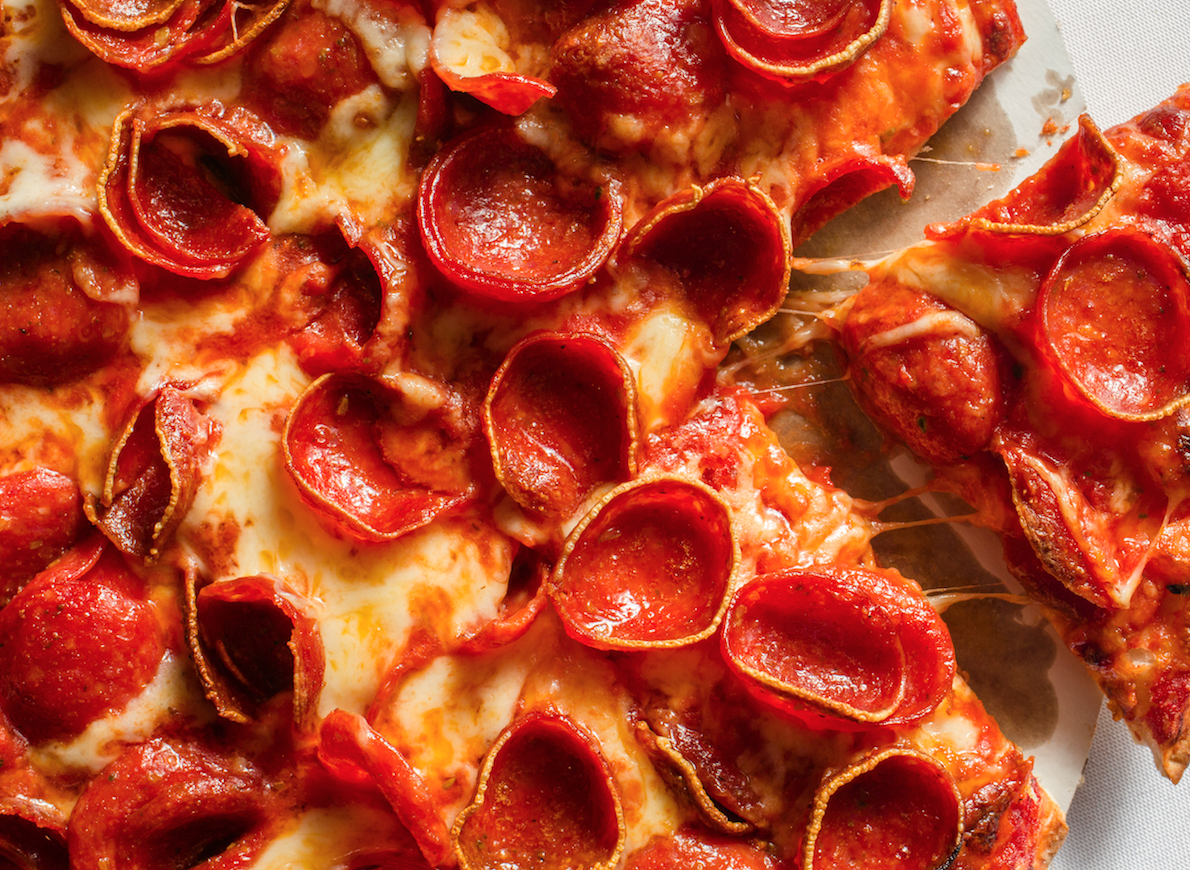 Fry Guys: 6 creative takes on fries from around Columbus

In 2011, celebrity chef David Chang and food critic Peter Meehan (the personalities behind the Netflix series Ugly Delicious and season one of PBS’s Mind of a Chef) launched Lucky Peach magazine. By 2017, the New York Times best-selling culinary mag had called it quits, but not before changing the landscape of food-related publishing through countless thoughtful, in-depth features and groundbreaking artistic vision.

Before closing up shop, Lucky Peach published a series of features covering the unique regional pizza styles found throughout the US. Much to the surprise of some skeptical (and probably hangry) readers, right there in print along with Chicago’s infamous deep dish and clam-covered New Haven apizza were the words “Columbus-style pizza.”

Believe it or not, Columbus-style pizza really is a thing—and not just because the staff at Lucky Peach said so. A thin, crisp crust. Edge-to-edge toppings. Slices cut into small, poppable squares rather than triangles. Aside from a handful of notable exceptions, these are the hallmarks of pizza served by the capital city’s most essential local brands. But these characteristics alone do not make Columbus-style pizza the unique and wonderful phenomenon it is. Rather, it’s the history and tradition of the city’s iconic pizzerias that is at the heart of Columbus-style.

Columbus-style pizza as we know it can be traced back to 1949, when brothers Jim and Dan Massucci, along with their associate Romeo Siri, began serving pizzas in their Grandview restaurant. Soon, demand for the Massucci’s hearth-baked pies was so great that they opened the area’s very first pizza shop on Main St. in Whitehall. In an Americanization of their Italian surname, the brothers named their shop Massey’s.

After changing hands a couple of times, Massey’s Pizza is today owned by a different set of brothers in Dave and Jim Pallone. While ownership of the popular local chain has changed, the Pallones maintain the same dedication to quality that first made Massey’s pizza a hit over 70 years ago. Massey’s now operates 14 locations throughout Central Ohio—and one in South Carolina.

“We’re just like a mom and pop pizza operation,” Dave Pallone said of his business. “We do it the old-fashioned way, and we don’t shortcut things.” Part of doing things the old-fashioned way comes down to using traditional ingredients, like a proprietary blend of imported Galbani brand cheese (Italy’s No. 1 brand), or old-world Portofino pepperoni. Then there’s the way the pizza is baked—with the raw pies placed directly on the hearth of a 500 degree oven. Then, of course, there’s the cut.

“Years ago, all pizza was cut like a pie. We invented this cut, ‘the Massey’s cut.’ Now everybody uses that. I think some people call it tavern cut, or party cut—but it’s actually the Massey’s cut,” Pallone said.

While Massey’s can be thought of as the godfather of Columbus-style, it’s just one of several shops with a decades-long history of serving the city’s signature pizza. By the middle of the 20th century, other iconic family-owned brands had emerged throughout Central Ohio.

In 1952, Thomas Iacono opened his first pizza shop in Columbus using recipes from his family’s native Italy. Featuring a thin, cracker-like crust, fresh ingredients, and the same square cut as Massey’s, Iacono’s brand would eventually branch into two of the city’s most celebrated local pizza chains: Tommy’s and Iocano’s Pizza—each of which continues the legacy of its founder with multiple locations throughout Central Ohio.

Like Iacono and the Massucci brothers before, Emelio’s Restaurant founders Mike and Binnie DiSabato made an early impact on the Columbus pizza scene. Opening in 1960, Emelio’s quickly became a neighborhood destination thanks to dishes like a signature salad, served to-go in styrofoam cups, with optional cooked pepperoni. But it’s Emelio’s pizza that has kept local diners hooked for decades.

“We’re really happy that we can still serve Columbus after all these years,” said Maria DiSabato, the granddaughter of Emelio’s founders and a third-generation employee of the restaurant. “Moving from one generation to the next isn’t always easy, but it’s definitely the clientele that has been so loyal to us that has made Emelio’s as great as it is.”

While gobs of cup-and-char pepperoni and the iconic square cut are essential to the Columbus style, you can honestly find similar pizzas throughout the country. More than the superficial elements they share, much of what defines Columbus-style pizza is in the relationships formed over this signature dish. Crafted with care by families in this city and enjoyed across generations, it’s the special people who make Columbus- style pizza something you won’t find anywhere else.