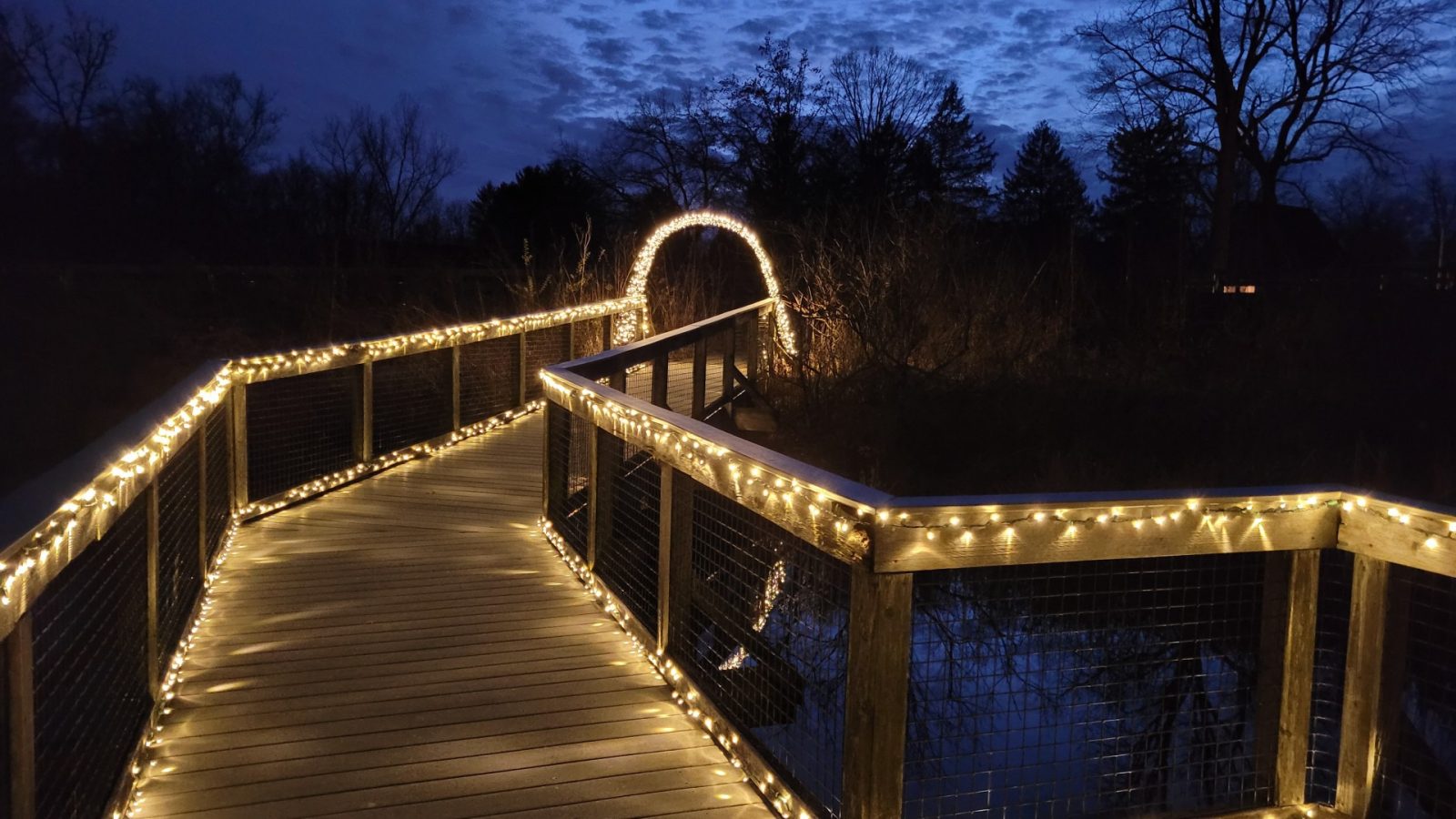 Express Edit opens at the Shops on Lane Avenue

Wintery outdoor scenes are magical all on their own, but the Columbus and Franklin County Metro Parks have added an extra bit of sparkle to three of their parks through the month of December.

While Inniswood Metro Gardens had annually been lit up for a couple of years now, this is the first year for Blacklick Woods Metro Park and Scioto Grove Metro Park, said Peg Hanley, public information manager for Columbus and Franklin County Metro Parks.

Last year, over 4,000 people visited Inniswood after dark while the lights were up, Hanley said.

“We have added other parks because we at Metro Parks want to bring a little light during these dark times in the spirit of togetherness for our visitors.” Hanley said.

Lights at Inniswood can be found all over the park, and the lights at Homestead can be seen immediately upon entrance. To spot the lights at Scioto Grove, you can visit the swinging bridge and the multipurpose building.

For more information about the Metro Parks, visit metroparks.net.

Want more suggestions for where to bask in the glow of more holiday lights? We’ve got you covered. Check out our handy guide.