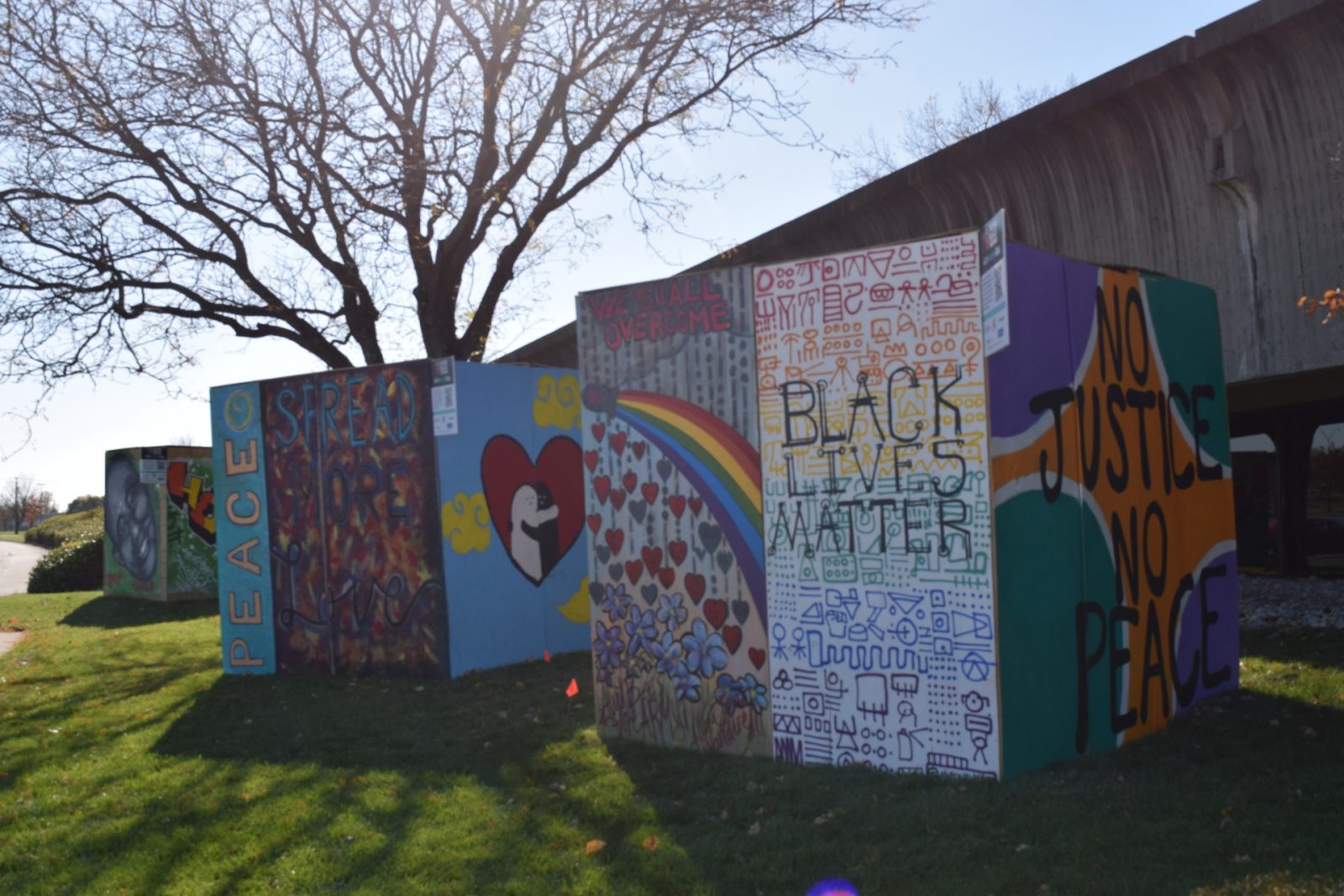 To help them reach an even broader audience, the Greater Columbus Arts Council (GCAC) is displaying around 75 art pieces related to the local Black Lives Matter movement at primarily outdoor locations in and around Columbus.

Jami Goldstein, vice president of marketing, communications and events for GCACl, said the goal was to bring the art out of the downtown area in a free and accessible way to people who likely hadn’t seen it before.

“Protest art has throughout history been recognized as this snapshot from a moment in time,” Goldstein said.

More than 200 murals were created in the city in June during protests related to the community response to the Black Lives Matter movement, Goldstein said. During that time, the Arts Council worked as a conduit between artists and businesses, connecting them so artists could be compensated for creating art to either protect damaged buildings or prevent buildings in protest areas from being damaged.

When the art boards began being taken down, many people wanted to preserve the works, recognizing the powerful statement they made, Goldstein said.

The murals displayed now, part of the #artunitescbus initiative and the Deliver Black Dreams campaign, will be on view until Jan. 21. They can be found in several locations, including Coleman’s Pointe on Civic Center Drive, Huntington Center, and Easton Town Center.

You can also find the displays by using the new Cbus ArtWalks App, available for free download from the Apple and Google for Android app stores.

The result of a collaboration between the GCAC and Can’t Stop Cbus–a community-wide volunteer effort launched in response to the pandemic–the app serves as a guide to Columbus’ indoor and outdoor public art.

Photos and descriptions of nearly 1,000 pieces of public art in central Ohio are included, and you can search for specific works by title or artist.

Goldstein said the Arts Council, after launching a public art database in 2019, had planned to develop a similar app. Can’t Stop Cbus ended up reaching out to the council about doing the same thing.

“It was kismet, really,” she said.