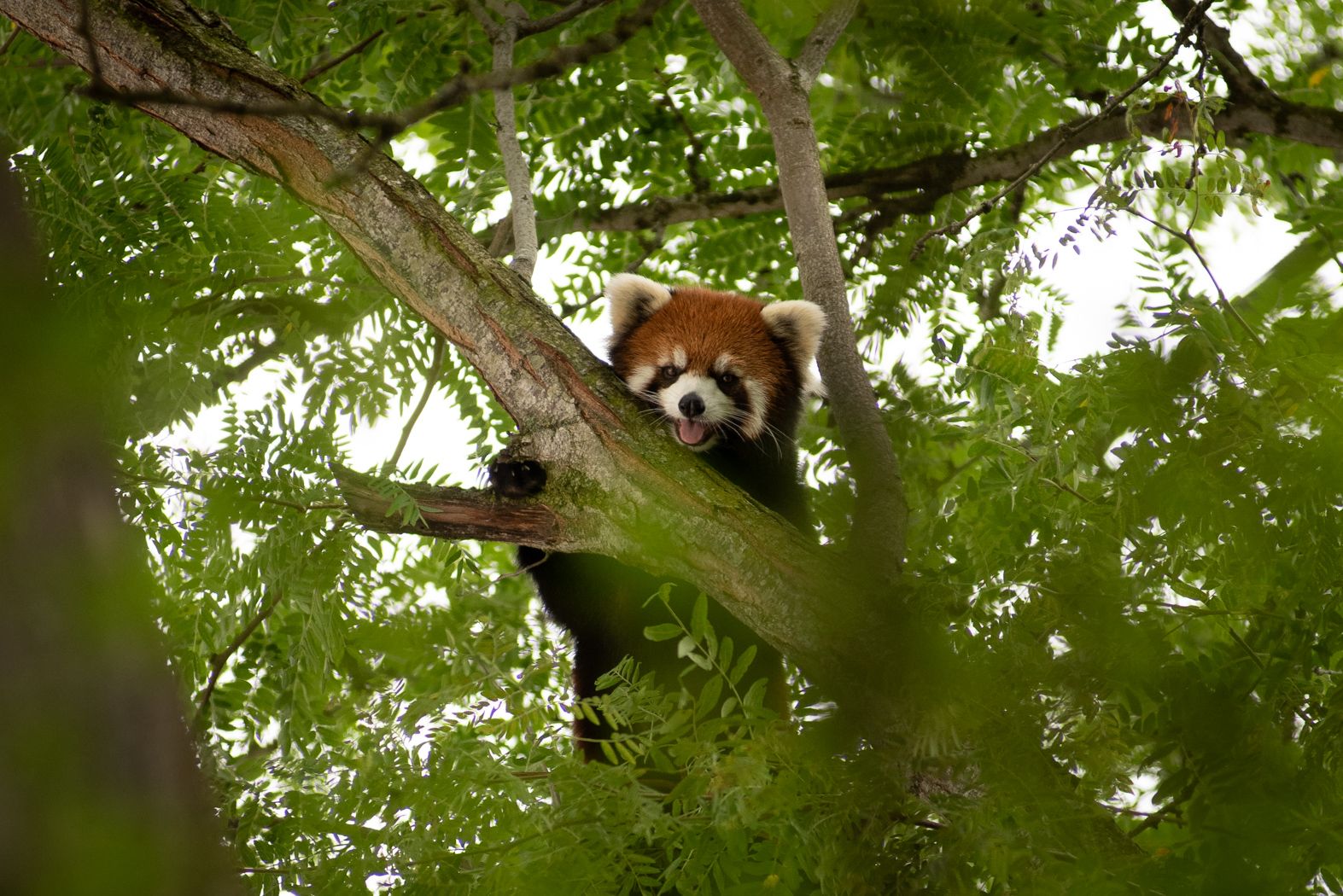 Red panda Kora is safely back home with her cubs a little less than two days after wandering from her enclosure at the Columbus Zoo.

Thursday evening two eagle-eyed zoo guests spotted Kora not far from the red panda habitat in some dense foliage between the rhino habitat and the entrance of the Pachyderm Building.

Once alerted to the sighting, zoo staffers immediately attempted to recover Kora, but she scooted up a tree when approached. Further efforts to lure her down, first with treats, then by bringing out her two mewling cubs were unsuccessful.

With nightfall and a possible storm approaching, the decision was made to use a tranquilizer dart on Kora in order to return her to safety.

“She was asleep just six minutes later and at 5:56 p.m., she fell 10 feet into the waiting net of the response team,” the zoo explained in a statement.

After her misadventure, the zoo gave Kora a thorough examination and are happy to report a clean bill of health.

Meanwhile, the zoo’s horticulture team has trimmed back branches that may have sagged into Kora’s habitat during recent storms. That’s how it’s suspected she escaped.

In addition, zoo spokeswoman Jen Fields tells us that they have reached out to the guests who helped located Kora to thank them.

This post has been updated with information we received this afternoon from the Columbus Zoo.