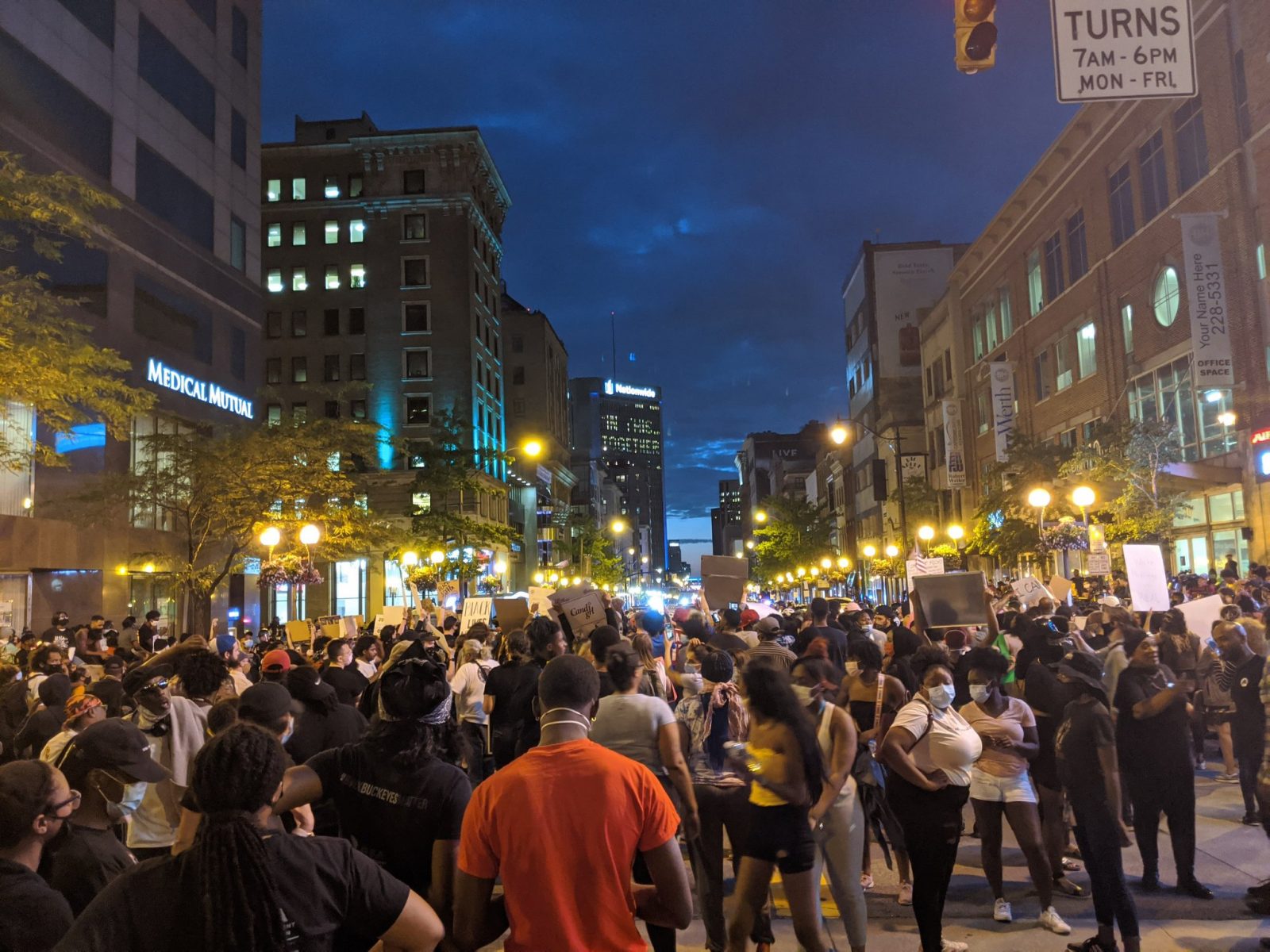 Columbus responded to the death of 46-year-old George Floyd with protests across town Thursday night. Floyd died after a Minneapolis officer dug his knee into Floyd’s neck on May 25. Floyd, an African American, told police that he couldn’t breathe multiple times.

His death comes just after three months after the unarmed shooting death of Ahmaud Arbery, an African-American, Georgia man who was out for a jog.

Over the past three days, protests have been erupting in Minneapolis and major cities across the country such as Denver and New York. Thursday evenings were the first reported protests in Columbus.

Protests began peacefully around 7 p.m with protestors moving down Long Street chanting, “Say his name,” in reference to Floyd.

Reports say, around 9:45 p.m., objects were thrown at police officers. Teargas was dispersed 15 minutes later, and the crowd of protestors began to disperse around 10:20 p.m. Within an hour, the protests picked back up.

The protests produced damage to several businesses, including the Ohio Statehouse and Ohio Theater. Nearing 2 a.m., several downtown streets were still blocked off.

Another protest is scheduled for this Saturday from 10 a.m. until noon at the Ohio Statehouse.