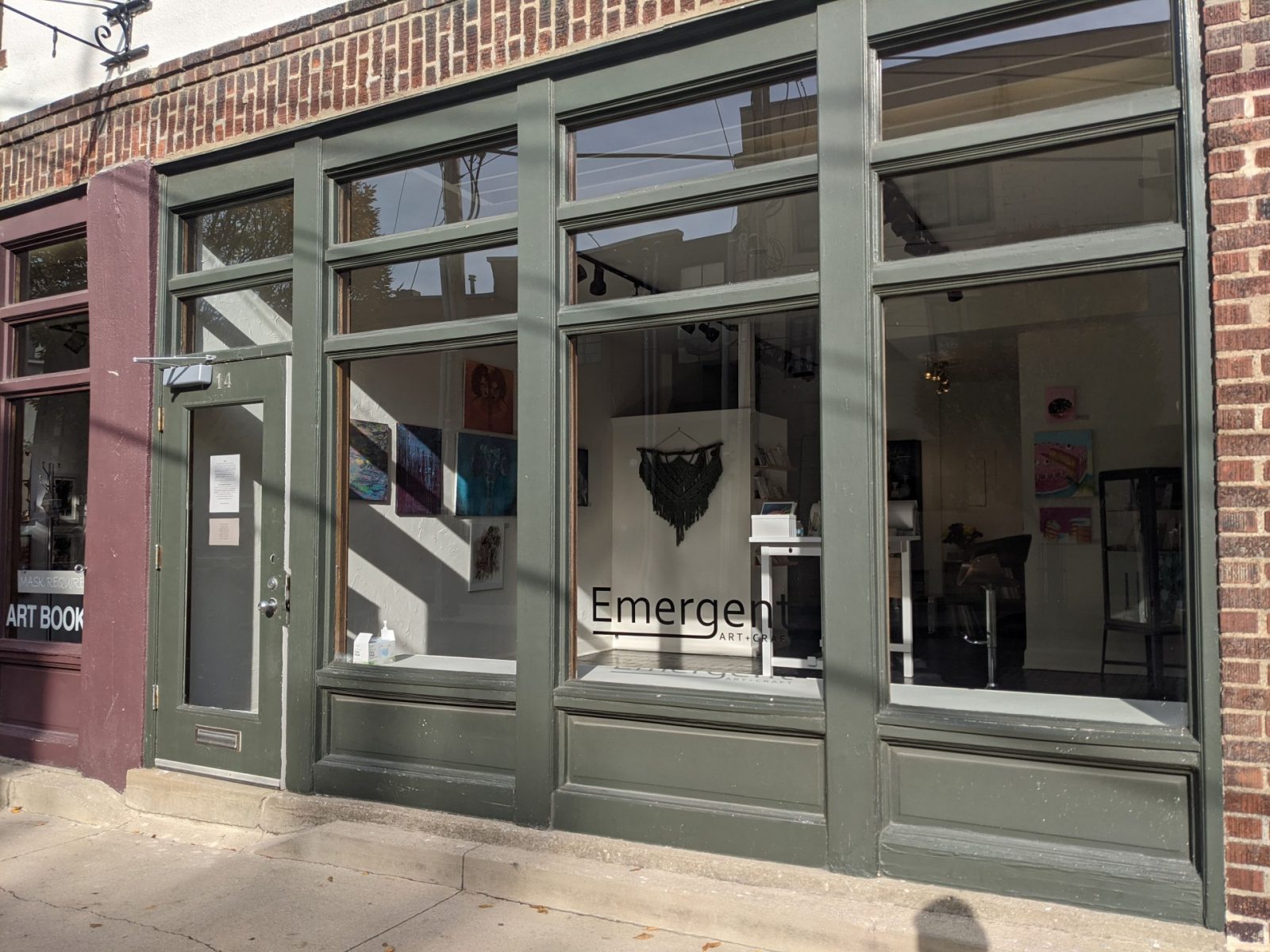 Despite knowing 2020 is a crazy time to open a business, when Sarah Ivancic spotted a small space available at 14 E. Lincoln St., she decided to go for it.

“It was just time to take that leap,” she said.

Ivancic opened Short North gallery Emergent Art and Craft in November…on Friday the 13th. A move she admitted “might have been a little bit purposeful”.

She said the space, which focuses on local and emergent artists, is more approachable for the general consumer than a traditional gallery because while featuring locally made prints, ceramics, and woodworking, it also has items you might find in a gift shop, such as cards, jewelry, and hand-poured candles.

She said her goal is to not only to create a marketplace, but to be a mentor of sorts to emerging artists who may not be comfortable assigning value to their work.

Ivancic has an artist background herself, graduating in 2011 with a Bachelor of Fine Arts in fiber (that’s textiles, design, and costume design) from the Maryland Institute College of Arts.

After finishing school, she dabbled in different areas–costuming plays, working in retail, and working at an art gallery and selling her own handmade jewelry. Finding she enjoyed not only the interpersonal aspects of retail, but also the creative energy behind visual merchandising, Ivancic began dreaming of having her own space someday.

Now that she has made her goal reality, Ivancic said supporting small businesses into the New Year and beyond is vital. Many artists and makers have leaned into their side jobs, she said, because they were laid off or took a pay cut at their daily jobs.

“This has become a real source of income for so many people,” she said.