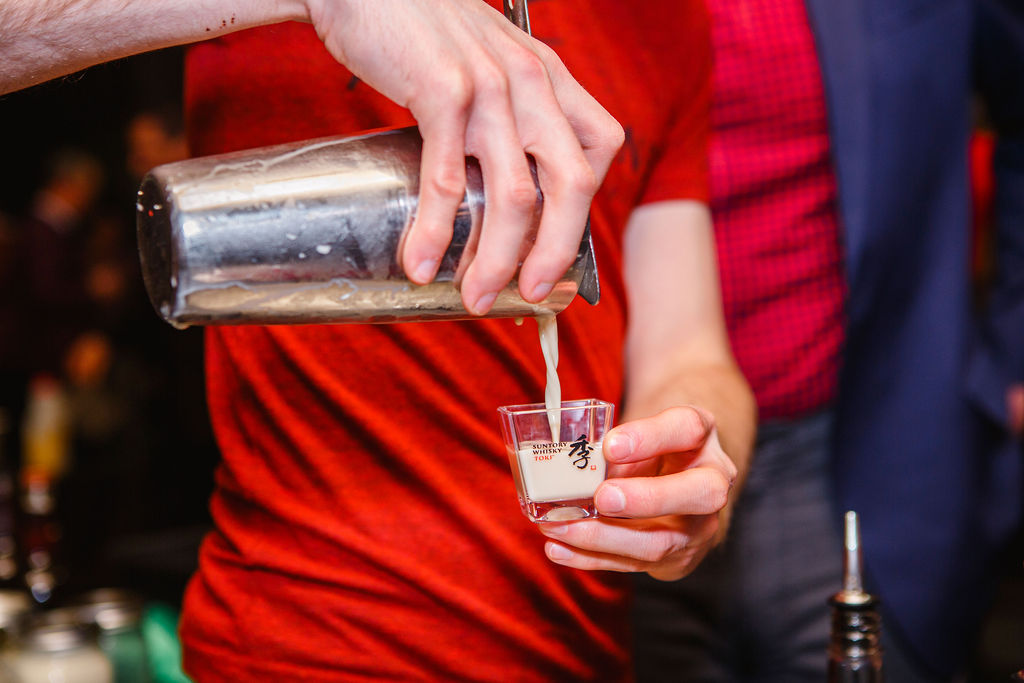 After 10 years of mixing drinks, Jesse Hubbard knows his way around a bar. After moving to Columbus two and a half years ago, he plied his trade as the bar manager at The Westin’s Great Southern Whiskey Bar (now closed due to COVID-19). It was there that he crafted countless cocktails that were as delicious as they were attention-grabbing.

So fantastic were his cocktails, in fact, that Hubbard took home the gold in the 2019 Spirits of Columbus Negroni Competition, the Columbus Craft Cocktail Throwdown, and the 2019 Cointreau Bartender Challenge, in addition to ranking in the United States Bartenders’ Guild’s World Class Top 100 Bartenders and tying for the title of “Best Bartender” in this year’s Columbest rankings.

It may seem as though cocktails are a way of life for Hubbard. But to him, they’re more than that. They are a way to save lives.

This November, award-winning local bartender Jesse Hubbard is organizing his second annual Cocktails for a Cause event to benefit the Prostate Cancer Foundation. The month-long fundraiser will culminate in an event at the Buckeye Bourbon House Nov. 28, complete with live music, specialty cocktails, a craft beer tap takeover, an auction, and more.

Hubbard raised nearly $10,000 at last year’s Cocktails for a Cause–a hefty sum for a debut event. The idea to raise so much money for prostate cancer research was deeply personal; it all started in 2019 after his father’s diagnosis.

“I wanted to start a fundraiser to honor him and everybody else that ever had to deal with this,” Hubbard said. “It’s a very preventable disease. But if you don’t catch it in time, it’s very deadly.”

Hubbard’s father, Russell, passed away in March of this year, but he got to attend the first Cocktails for a Cause–something that means the world to Hubbard.

“He told me he was proud of me, and that was amazing,” said Hubbard. “You know, it was a fast decline when he finally passed. But last year at the event, he was dancing, and he was having a great time. And I’ll always have those memories.”

This year, COVID-19 will make it tough for Hubbard to outdo last year’s numbers, but he’s determined to do whatever he can to keep the party going and the funds flowing.

Each week in November, a different cocktail at Buckeye Bourbon House will benefit the cause, with a dollar from the sale of each drink going to the Prostate Cancer Foundation. Throughout the month, there will also be an online auction with offerings such as an Angel’s Envy distillery trip, a day with a brewer at Grove City Brewing Company, Ohio State memorabilia, and more.

The Nov. 28 event at Buckeye Bourbon House will display the items up for auction, as well as hosting a raffle and a special tasting from Heaven Hill distillery. A dollar from each beer or cocktail sold that evening will go toward the foundation.

Hubbard stressed how the close connections and friendships he has built through bartending have been instrumental to Cocktails for a Cause.

“The people last year, some of them reached back out to me, ‘Hey, can I be a part of this again this year?’ and that meant the world to me,” said Hubbard.

It’s important to Hubbard that his event brings joy to people, in addition to raising money for a cause that’s close to his heart. He said he wants it to celebrate the people affected and the progress that has been made.

“My dad was the life of the party. He was outgoing. He was a character,” Hubbard said. “And to have this any other way would not be right. It’s got to be a fun affair.”