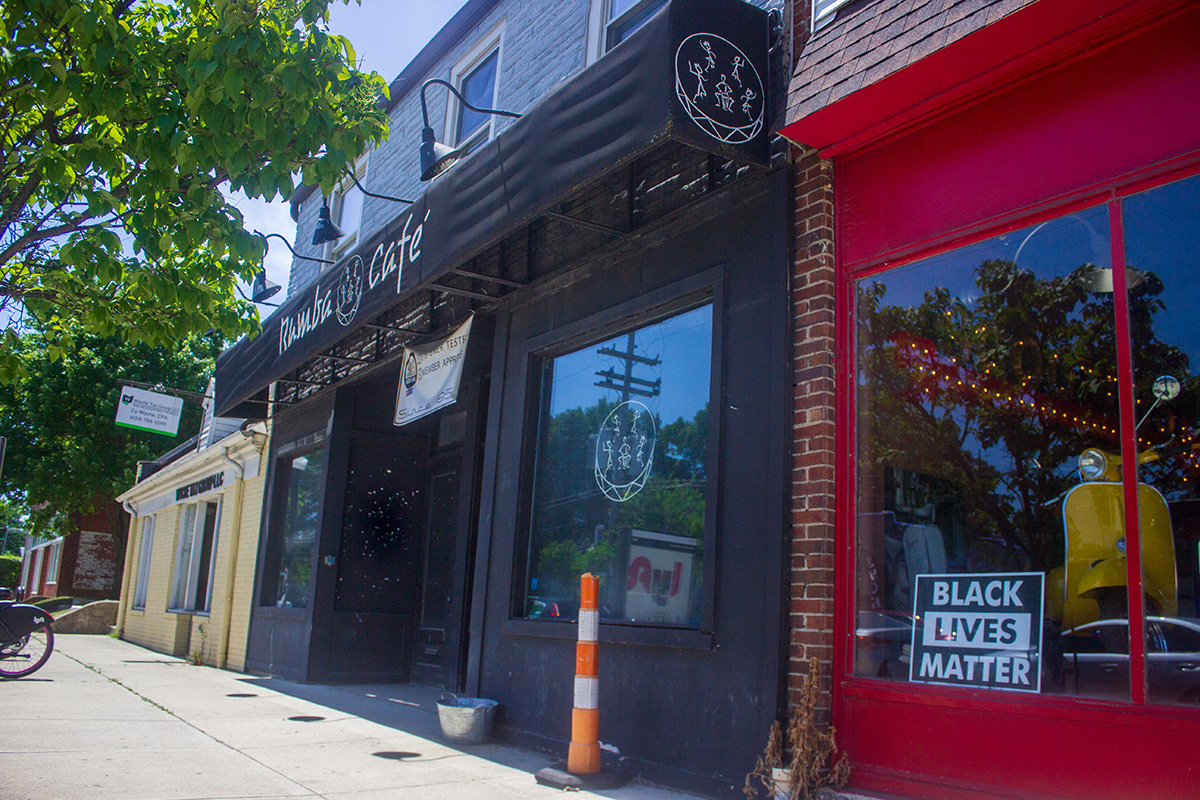 While The Arnold canceling in early March was certainly an early indicator that COVID was going to have far-reaching and devastating effects for events with large gatherings, those involved in the local music community saw an even a clearer sign that things were about to get serious—the disappearance of HooDoo Soul Band from Rumba Cafe.

HooDoo Soul Band—a band which features some of Columbus’ most talented, charismatic musicians—has graced the Rumba Cafe stage every Sunday since it began its residency there in 2008. This weekly event is referred to as “Church,” by many, which helps to explain the gravity of the band pulling the plug on performances beginning on March 15—even before Gov. DeWine ordered the shutdown to go into effect. This is a group that also played on Christmas Eve two years ago.

When speaking with HooDoo Soul drummer Tony McClung, who is a member of multiple Columbus bands, he can only recall one Sunday night—maybe two—that HooDoo has missed since moving their residency to the Summit St. hangout.

Rumba Cafe is among one of the hardest-hit independent venues as a result of the pandemic. With no bar hours or a food menu, Rumba is strictly a music club; it can only profit when it is able to host live music.

“What normally makes Rumba so charming for people is the fact that it’s so intimate,” McClung said. ”There’s something about Rumba; that the intimacy of both being close to the band and the crowd all being tightly packed is appealing to people.”

And limited capacity options aren’t readily available to Rumba, as the building has low ceilings, high-end production costs, and would be limited to approximately 30 patrons per show in order to comply with current county mandates. With financial deals with touring musicians based on capacity, Rumba Cafe is losing thousands of dollars every month.

Timothy Eddings, promoter and agent for Rumba Cafe and The Athenaeum, has been on the frontline of the independent venue crisis. With over 30 years of music industry experience, Eddings has been working full time for free since the pandemic hit.

“There is some live music happening in Columbus even right now, but live music as far as the standing room rock shows that we normally do, it’s going to be a second,” Eddings said.

In discussion of the Save Our Stages Act, a bill that was introduced by Senators Amy Klobuchar (D-Minnesota) and John Cornyn (R-Texas), Eddings mentioned that if the legislation doesn’t go through, Rumba is going to continue to lose thousands of dollars for every month they’re closed.

Rumba’s situation is in contrast to some other popular Columbus music clubs. Eddings says Skully’s Music-Diner has had success with local shows that are capped around 50 or 60, plus they have a patio expansion that offers better heating, ventilation, air, and cooling systems.

Rumba, then, is relying on the Save Our Stages legislation, which would provide six months of financial support to support music venues. Representatives Ron Kind (D-Wisconsin) and Mike Kelly (R-Pennsylvania) have also introduced their own bill, The Entertainment New Credit Opportunity for Relief & Economic Sustainability (ENCORES) Act, which proposes providing tax credit to music venues. The bills have full support of the National Independent Venue Association.

“The thing is, so many people are losing their jobs, losing their businesses, and although it would be possible for our government to get everybody through this, they’re not going to,” McClung said.

McClung went on to say that people may have to eventually take things into their own hands when it comes to finding a solution to save independent music venues. Although he didn’t have an answer on hand, he remains hopeful that the people of Columbus will come together to save spots like Rumba.

But even if our venues are bailed out, it’s very unlikely that we’ll see live music at a place like Rumba Cafe for a while. Eddings mentioned that just last week he’s had to postpone shows originally scheduled for January 2021.

Despite all the hurdles and uncertainties, Eddings still remains hopeful for the local scene.

“Some of the smaller shows and local shows we can do earlier, hopefully, you know, when it’s safe,” Eddings said.

That may not include a HooDoo Soul Sunday service, but the band has been able to play a show and has one upcoming this weekend at Natalie’s Grandview, a space that lends itself to live music during a pandemic due to its spaced-out seating. McClung has played five shows in total since the pandemic.

Rumba is prepared to survive a little while longer thanks to PPP and an SBA grant—but it won’t last long. That makes the next set of music venue legislation particularly crucial for the independent venue scene.

To support the Save Our Stages cause, click here.