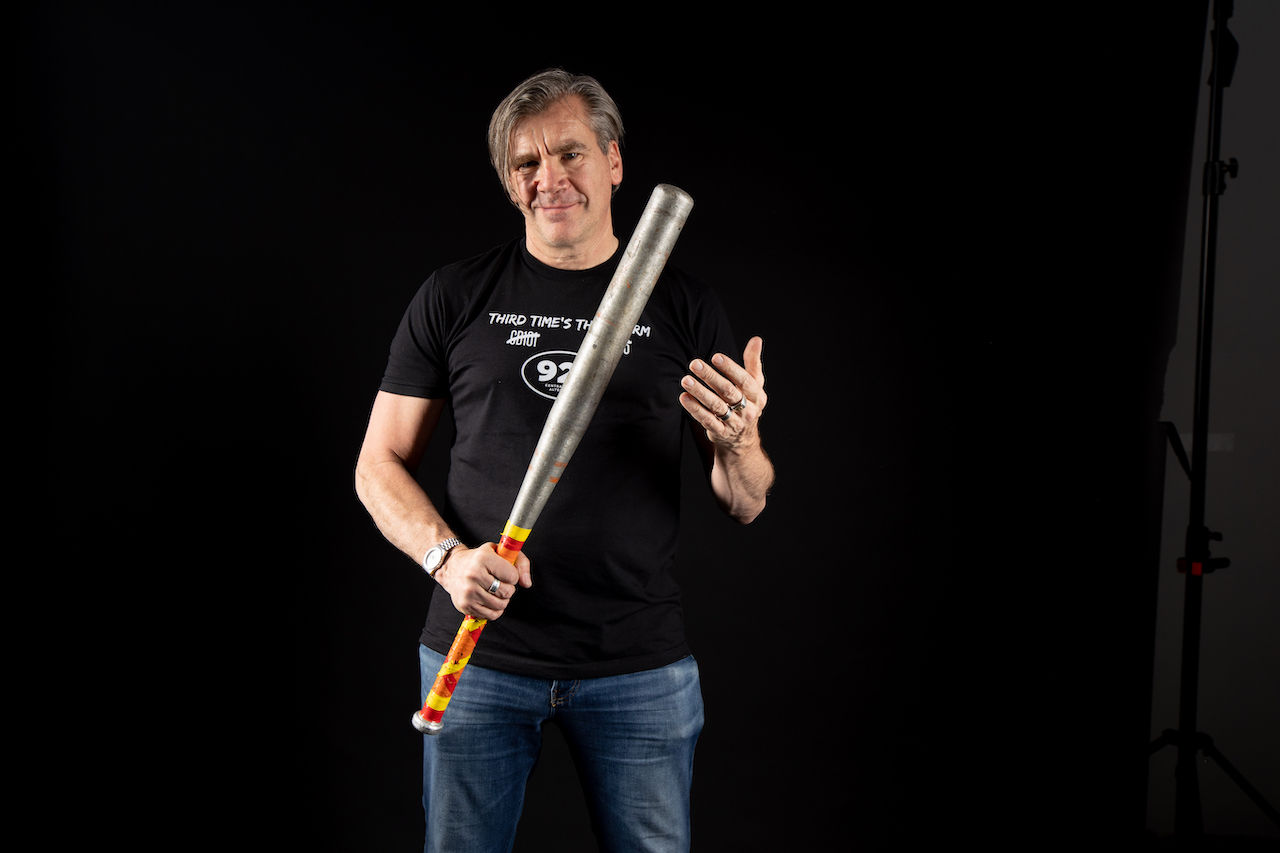 To say that Randy Malloy is used to tackling a challenge would be an understatement.

“I never say the words [‘What else?’] because I’ve learned my lesson too many times that the world will go, ‘Oh, I’ll show you what else, and I’ll kick you in the ass a little bit harder,’” said Malloy, station manager and owner for CD92.9 FM, Columbus’ beloved independent radio station that has seen its share of ass-kicking over the last 30 years.

Everything for Malloy started in the early 1990s with CD101.1. According to Malloy, initially, the 101.1 FM dial was leased from a New Jersey company in August of 1990 by local businessman Roger Vaughn. Vaughn then bought the dial in 1991 before selling it to Ohio State, who took over in 2010. Malloy was a solid part of the CD101 crew at that time and was there when they had to lease a new dial at 102.5 following the sale of 101. Working his way from intern to station manager and owner, Malloy was instrumental in keeping indie music alive in Columbus, even though he was still leasing the channel.

“The goal has always been to buy, not to rent,” he said, citing an Indiegogo campaign he organized for the community to help him purchase the 102.5 dial, incentivizing donators with gear, swag, and tickets—but it didn’t work. “The campaign was a little demoralizing. It was crushing. For it not to work it was like, ‘And scene.’ It was a huge gut punch.”

And then 2020. The year of “Well, fuck,” and Malloy had to face down negotiations for the second time in 10 years to keep his lease for 102.5—but those fell through, too. Neither party could find the common ground and on Oct. 31, CD102.5, Columbus’ alternative station was gone from the radio—for the second time. It had to go digital to keep a heartbeat.

“So many people were like ‘Oh my God,’—I felt like the destroyer of worlds. I’m the guy who’s destroyed this legendary thing that people are now like ‘What else can happen in 2020?,’” said Malloy. “I took it very personally that it was my fault and I couldn’t save it. I was emotionally, physically a wreck that I fucked it up. I felt genuinely bad.”

In the midst of it all, Malloy was also faced with the sudden death of program director Mason “Mase” Brazelle, who died due to complications from a bleeding ulcer. Malloy, who spent his days of pandemic radio quarantined with Mase, had taken him to the hospital two days prior to his passing.

Tragically, this was familiar ground for Malloy. Eighteen days before he and beloved programming director and DJ John Andrew “Andyman” Davis were to purchase the station together in 2010, the world reared its cruel hand. While vacationing, Davis, the first person Malloy met when he was brought on as an intern, died from accidental drowning. The news shocked and floored the station, but with the company about to rebrand as CD102.5, there was not a minute to mourn.

To this day, Malloy and those who were close to Davis can’t talk about the adored DJ and having to move forward with his recent purchase without tears.

And in 2020, with 102.5 off the air and Malloy wracked with guilt and mourning, something beautiful happened.

You. It was you, Columbus, that happened suddenly and brilliantly and unexpectedly to Randy Malloy.

“Cards, letters, email, phone calls, social posts—it was this huge outpouring with a social media reach of over a million people, saying, ‘Don’t go, we want you back,’” said Malloy. “It influenced the situation. That huge outpouring of people being sad and unhappy and being ‘What else?’ about 2020—it all had an impact on being able to come back on the air.”

One of those Columbus folks was station engineer Joe Ternoven, who told Malloy he had a buddy Malloy should talk to.

“Mark Litton owns the 92.9 AM station,” said Malloy, who said that the downtown and Delaware signals combine to make a class A license. “We’re getting more coverage, and it’s less expensive.”

Malloy and Litton struck a lease deal and within a few weeks, Malloy was back on the air.

“That Herculean effort and outpouring, it absolutely restored my faith in humanity,” said Malloy. “It was like, ‘OK, we got this, we can do this.’”

Malloy’s ability to roll with the punches was honed in his previous career choice as a New Jersey ambulance driver.

“You couldn’t stand there,” said Malloy. “You had to do something and make a decision, right or wrong. You had to decide, because no answer is still a decision.”

The job came with obvious baggage: Crises that were “devastatingly sad” and “beyond comprehension.” The profound and deep sadness that overcame Malloy at times while driving an ambulance was not indicative of his fun-loving personality.

After driving around an ambulance for two years, he had seen enough. So he applied to the Ohio State University, was accepted, and quickly became an intern at the brand new CD101 in 1991. The rest is history.

Malloy jokes that the only thing that has changed about his job since he began with the station is that now he gets to pick up the tab for everyone’s beers. He does still get to hang with rock stars, though.

“I was always brought up on the belief that with music and radio stations, even if you own the license, you are beholden to the community that you’re in,” said Malloy. “A strong music scene is part of the ecosystem of a city that makes it vibrant. And it’s the reason we’re still standing today.”

Jeni’s Strawberry Pretzel Pie to be available later this week