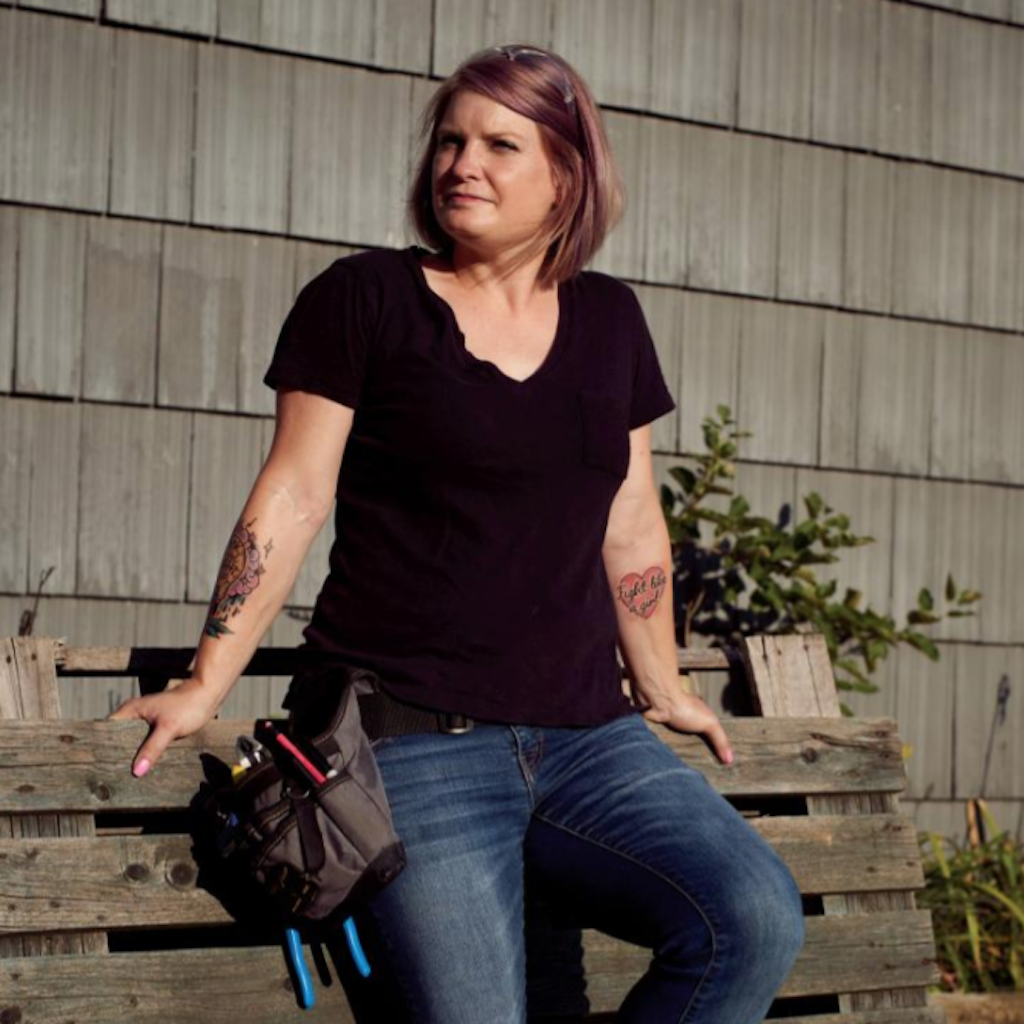 Christine Marsey will tell you how it is, whether you like it or not.

“That’s how I am; I’m not politically correct. I’m the stereotype of every construction worker in that way,” she said with a laugh on a scorching late July day, outside, in the midst of the COVID pandemic.

One of the stereotypes she doesn’t fit, however, has to do with her profession—she’s a woman in a traditionally male world—and she and women just like her are trying to change that.

Marsey and Jill White Connor are both electricians and co-founders of Central Ohio Women in the Trades (COWIT), the Columbus based nonprofit group they formed in November of 2017. Together, the pair is working to recruit women to educate for construction trades with a series of hands-on classes (everything from carpentry to plumbing to pipefitting and more) in order to bring more women into an employment field in which they’re currently underrepresented.

For the COWIT founders, the road that led them to the trades was far from linear, and part of their project is to make things easier for future construction workers.

“[There’s] about 246,000 women compared to over 10 million men in construction,” said White Connor of the statistic that women make up between 1 to 3% of the total construction workers in the country. The largest reason for this disparity? She thinks it’s just a matter of preconception. “On a lot of occasions, the thought of being a woman in construction just doesn’t cross someone’s mind.”

Marsey, who worked as a dog walker in 2008 before finding a career as an electrician through courses at Columbus State after the recession hit, agrees with White Connor.

“I would have been in this at 18 if I had known about it. I didn’t even know what a traded union was until I was 30,” she said. “I lived in a rural town, where Kroger gets a lot of their vegetables. There are three giant farms there and we have three factories. Besides going to college, those are your only job options. Women don’t get involved in the trades due to a lack of information; there are so many other people like me.”

The nonprofit, which holds a six-person board and operates on a participation basis only (no membership requirement) is intent on finding ways to get potential trades career exposure to women who would otherwise not receive it, and thus not consider it.

Recruitment for the group happens largely at the high school level, where COWIT attends job fairs to provide information to students and has even begun offering a “Meet a Tradeswoman” virtual talk series, geared toward high schoolers. Students will be able to engage personally (through video chat) with a different female tradesperson each month, as the group aims to include representatives from a variety of trades, including iron workers, electricians, painters, and many more.

Another way the group is appealing to the younger generation is by involving themselves in the construction of the new Linden Community Center. Not only does this let them interact with community members, but it has also allowed Marsey and White Conner to host an Intro to Tools class at Linden Alternative High School.

And education as a whole is another fundamental mission of the group. While COWIT began teaching basic home construction classes at several different venues right after forming, it was their partnership with the Columbus Garden School that really put their courses into the spotlight. The school, located on the city’s North side, hosts a wide variety of classes from beekeeping, to herbalism, to sustainable gardening; and the school’s two-acre demonstration space gives COWIT a platform to let students work hands-on with whatever it is they’re building.

According to Columbus Garden School founder Tisa Watts, the duo’s approachability has been one of the reasons they’ve connected with so many people, and made their classes such a hit.

“I think people look at them and they say, ‘Wow, they look a lot like me. They sound like me, they dress like me, they have kids like me. I might be able to do this too,’” said Watts, who noted people take the classes to gain more knowledge themselves, or because they have a specific construction issue within their home.

At the school, the duo regularly offers several basic construction classes like HVAC, plumbing, intro to tools, carpentry, and electrical; in addition to a host of different rotating and one-time specialty classes. In the last year these have included building bird feeders, constructing chicken enclosures, and an especially interesting, “How-to” for building your own bat house, hosted last year around Halloween.

While COVID hampered some of the group’s momentum (they had nearly 40 people on a waiting list for a regular 12-person class before large-scale closures came into effect this spring), August has seen COWIT courses start up at the Garden School again, including an in-person carpentry workshop for women. The classes are limited to six people, require masks, and sell out in the blink of an eye.

In addition to education, COWIT has one other simple, but equally important goal in mind according to Marsey: unity.

“There are so many good programs out there, we’re trying to bring them here. Nobody is tied together. We all are doing our thing, but we all have a common goal,” said Marsey.