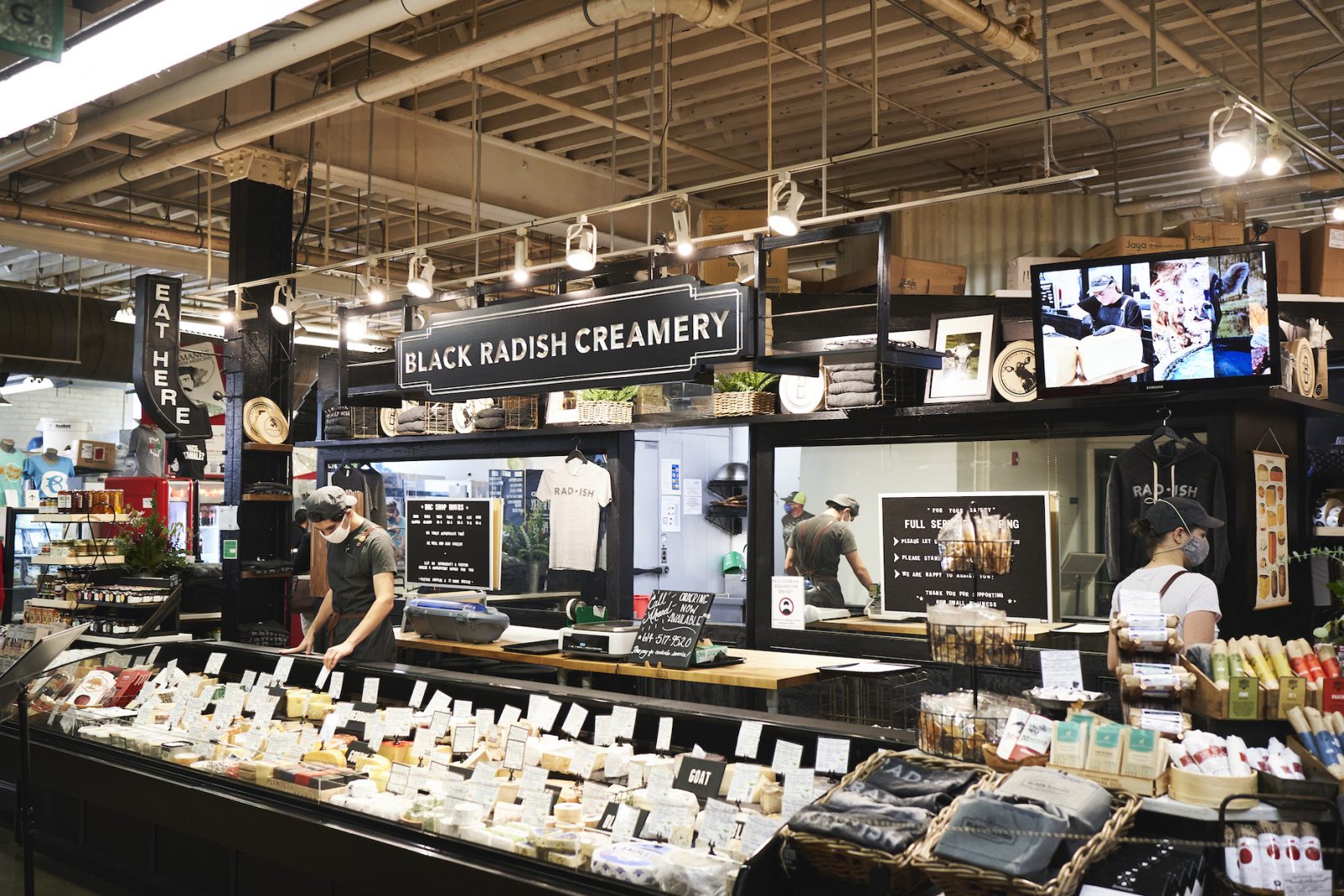 People love cheese, but for those wanting a different twist on the culinary staple, there is an option: smoked cheese.

“For me the appeal of smoked cheeses is in the variety they offer away from the norm,” explained John Reese, the owner and culinary director of Black Radish Creamery. “A spin on a familiar cheese. Or a way to add interest or a focal point to, and round out a charcuterie board.”

Most historians believe smoked cheese was discovered strictly by accident—likely the result of someone thousands of years ago storing their cheese too close to the fireplace.

The technique isn’t all that different from what is often used today with grills and smokers, although now there’s also the option of using liquid smoke.

The strength of the smoke-flavor varies by method and the amount of time the cheese is exposed. The only “rule” regarding the process is to avoid raising the cheese’s temperature higher than 90 degrees because, at that point, it will melt.

That makes fall a good time for novices to try smoking cheese for the first time, because the cooler weather can help make the process easier.

“Personally, I always approach smoke with caution. You don’t want a cheese that’s smoked to cover up a mediocre cheese. You want a level of smoke that complements a well made cheese,” said Reese.

As for what smoked cheese complements? Reese said there are a variety of dishes that can be richer for its inclusion.

“Outside of adding interest to a charcuterie board, a good smoked cheese is a great way to elevate many recipes: a classic cheese burger, stuffed chicken breast, a cheese sauce, even fondue, or an abundance of cheese related dishes. I like to use up to 1/3 smoked cheese of total cheese in various preparations to add some depth and interest to a dish. Again, complementing, not overpowering.”

To see the versatility of smoked cheese, one only has to look at the variety of them recently being sold as part of the constantly rotating stock at the Black Radish Creamery’s stall in the downtown North Market.

San Simon DOP smoked cow’s milk cheese, imported from Spain, earned a review of acidic and buttery after being smoked with birch wood for up to 90 minutes.

Rogue Creamery in Oregon made a cheese called Smokey Blue, which they cold-smoked over Oregon hazelnut shells. “This process infuses the cheese with unique aromas of barrel-aged vanilla, bread pudding, and candied bacon. You’ll taste spicy-sweet flavors of honey, apple, and nectarine, plus a mild ‘blue’ finish,” said the cheesemonger.

The smoked mozzarella courtesy of the Maplebrook Creamery in Vermont was created with dampened cherry wood chips. “This creates a delicate smoke flavor with a desirably thin skin,” according to Maplebrook.

As of now, Black Radish Creamery isn’t smoking any of their own cheese, which is made in Granville, Ohio, but that could change soon.