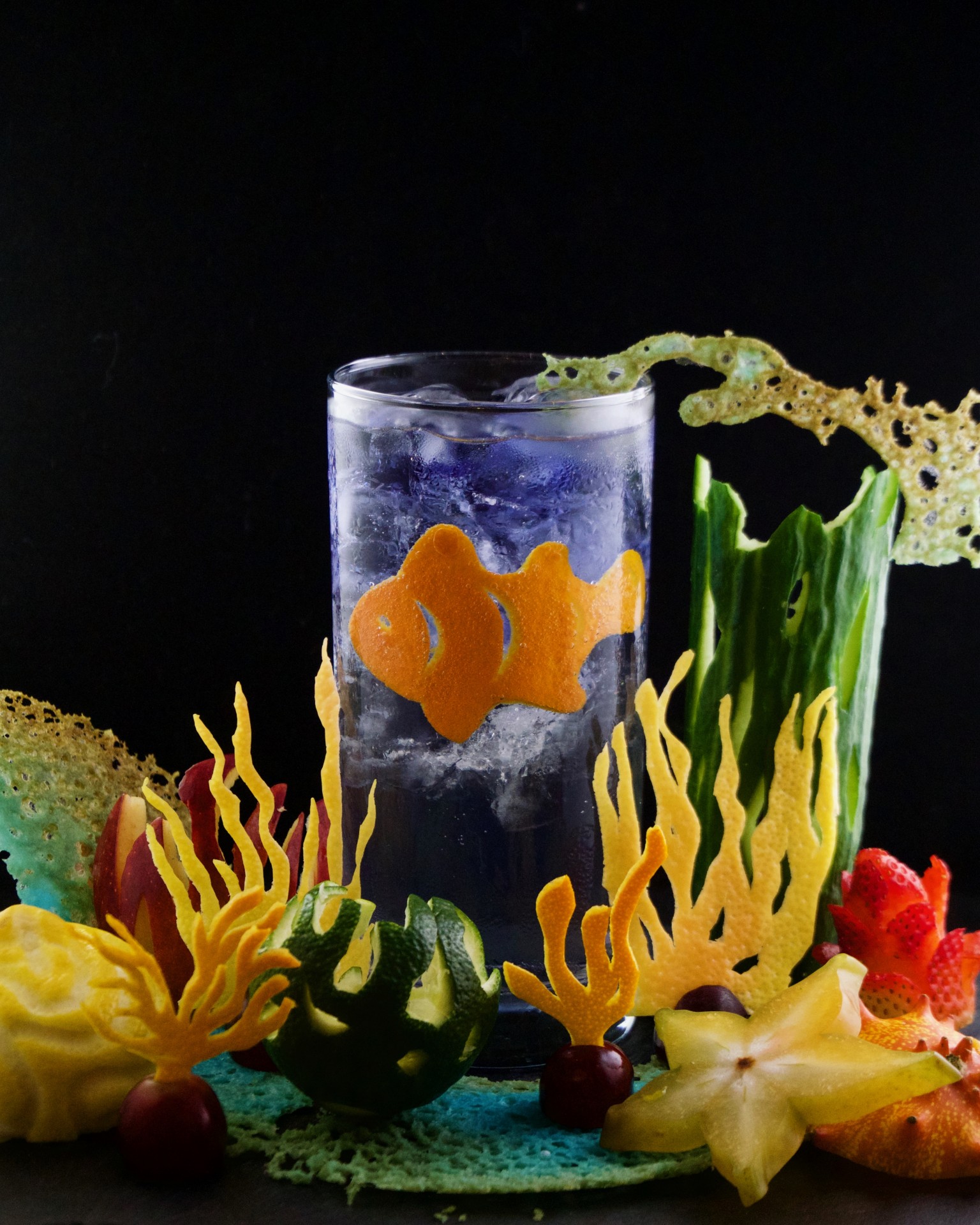 Wings Over introduces new Buffalo sauces from Mild to Fire

“Instagram-worthy.” Almost everyone knows what that means, overused as it may be. But a local retail pharmacist—and award-winning drink maker—from Grandview is hitting it dead-center these days.

Originally from Pennsylvania, Jason Holmes moved to central Ohio for pharmacy school, fell in love with Columbus, and now brings his luscious photographs of imaginative, home-crafted cocktails to Central Ohioans.

“Cocktails are my creative outlet, so to speak,” he laughed. “They don’t really encourage creativity within pharmacy—they want you to have this drug, so you get this drug. Cocktails kind of became the go-to, as far as a quick, fun, creative outlet.”

Holmes took art classes in high school but recognized that others were better at it than he was. As an adult, he did a little woodworking and gardening, then arrived at cocktails. At first, the creativity involved and the building of flavors seemed intimidating—but all that changed when he discovered David and Lesley Jacobs Solmonson’s The 12 Bottle Bar.

“This book basically acknowledges the intimidation factor for the beginner home bartender. Out of the 12 bottles, I think I only started with 7, and over the years, it slowly took off.” His home bar now holds around 80 bottles. In 2019, he was a semifinalist in Remy Martin‘s Equal Parts cocktail competition. In June 2020, he won PB&W Peanut Butter Whiskey’s “Bring Your Jam” competition with his “Black Thai Affair,” complete with a swanky necktie.

Holmes loves the competition angle. “Things like that are a nice excuse to get forced out of a comfort zone,” he admitted.

Indeed. He soon started posting his creations on Instagram to share his new hobby with family and friends, and, over time, his followers expanded into the Instagram cocktail community.

“When I started to share some of these cocktails,” he recalled, “I realized ‘OK, I’m trying to take flavor and sell it on a visual platform. How do I grab people’s attention, make them wonder what it tastes like?’ So the garnishes, in particular, became more elaborate. I want to make a drink that tastes good, but I also want to make it visually appealing.”

A cerulean blue cocktail in a gold-rimmed coupe glass is elevated by the addition of a snow-white flower. An orange zest leopard, meticulously spotted, prowls behind mint leaves. In a nod to his profession, one cocktail is served in a mortar and pestle, decorated with a bright citrus capsule.

He carves garnishes with an X-Acto knife. A single piece takes 30 to 45 minutes; a multiple-piece garnish, like his grapefruit-peel continents that float in an ocean of gin and blue curaçao, took nearly three hours to carve and position in a globe glass. And yes, mistakes sometimes happen, necessitating a do-over.

He admits being a “sucker” for the glassware that adds character to every photo. “My wife will calmly remind me that I perhaps have too many pieces that don’t match. But it goes back to ‘What can I do, quickly, at a glance, to grab people’s attention?’ If I was using the same one or two glasses over and over, it would kind of start to lose its appeal. So i’m always on the hunt.”

He uses a hobbyist-grade camera and sets up most shots in or around his home, sometimes using a lightbox and sometimes using the natural light on his patio. He occasionally takes cocktails to nearby locations, like train tracks, to be photographed.

Holmes is intentional about sharing his recipes. “I would see something online, or on Instagram, and it would make reference to ‘This is a variation on an old fashioned,’ but then they didn’t include the recipe. So it’s like ‘Okay, well, I would like to replicate this; where do I start?’

“So I try to make it approachable. Maybe someone will see one of my drinks and think ‘You know, this is good, but I want to improve on it or do this differently.’ This is very much a community focused hobby, in that sense.”

Some of his favorite cocktails to create are clarified milk punches. “Perhaps it’s the science background,” he said. “It kind of feels like an experiment. You serve it to someone, and they look at it and think ‘Oh good, it’s probably going to be a little more delicate,’ but it’s a flavor bomb in a very discreet package—a good type of bait-and-switch.”

What does the future bring? Maybe sharing his cocktails beyond his family and friends. Definitely more competitions, and more Instagram. The process is evolving into a “focused” hobby, or even intentional brand development.

“It’s not like I’d done any of this before, or had any social media experience, by any means. So who knows what it is now?” he asked. “Definitely still a hobby, but it’s consuming more and more of my time. But I enjoy that.”