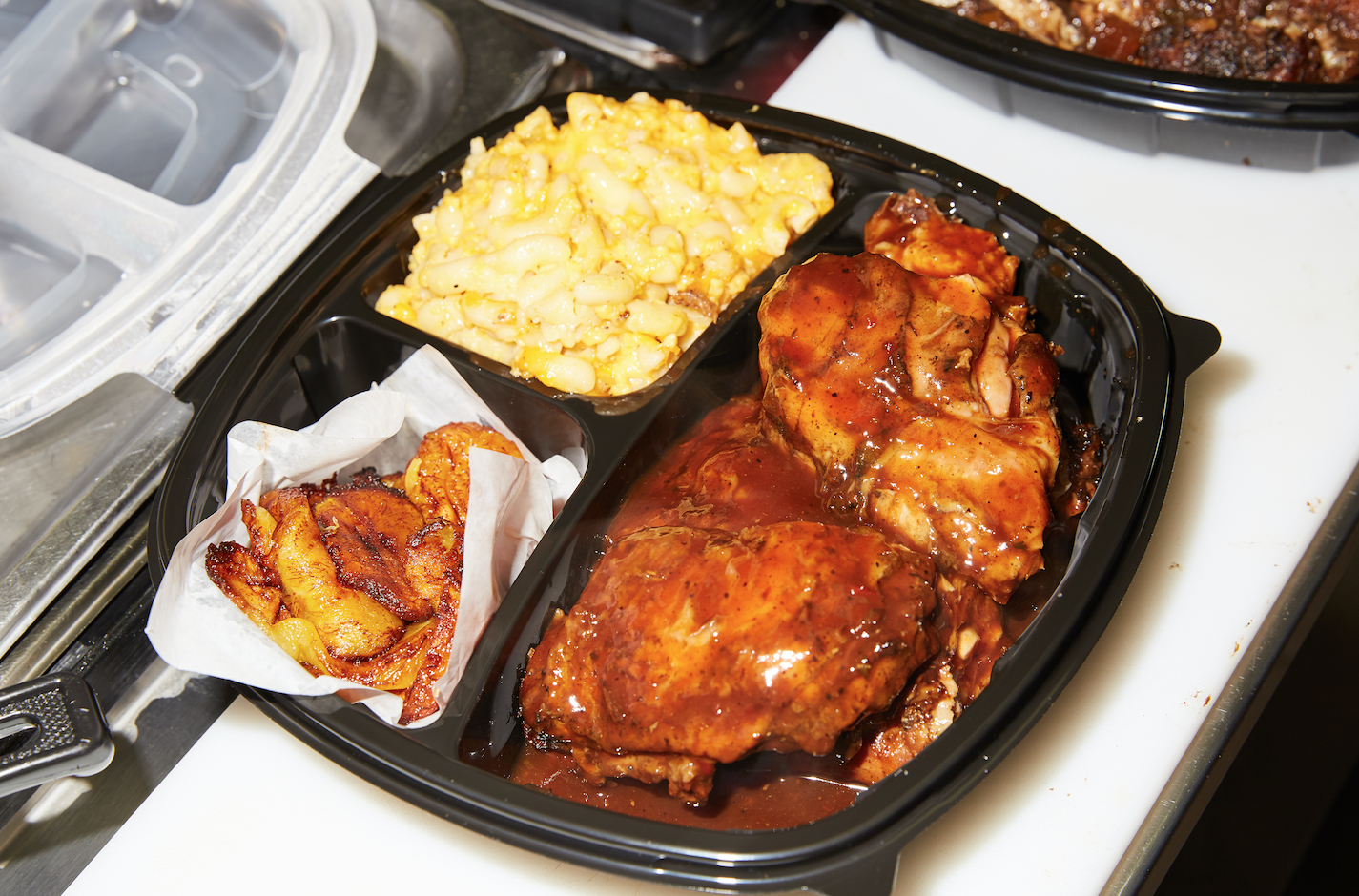 No one really opens a restaurant expecting it to become a neighborhood landmark. But the right restaurant, one that brings people together and bridges the generational divide that dooms too many family businesses, is exceedingly rare.

Vinell “Ena” Hayles didn’t even set out to open a restaurant. But her Sunday suppers became such a local legend, the suggestion she should share her recipes and expertise with her Linden neighbors eventually became inevitable.

Born in Jamaica, Hayles opened her venerated eatery, Ena’s Carribean Kitchen, in December of 1999, a milestone enviable in a city that sees plenty of restaurants fade away as initial intrigue evaporates and diners drift elsewhere. Though her stretch of Cleveland Avenue had no shortage of shuttered storefronts, Hayles didn’t anticipate becoming an anchor in a neighborhood hungry for one.

“My house was already a restaurant. Everyone knew dinner time was 5 o’clock, and my kids had to be home for family dinner. So they brought their friends,” Hayles recalled. “They all knew they had to behave and show respect. Those are still the rules in my restaurant.”

In her flour-covered apron and signature fedora, Hayles doesn’t look the part of a matriarch. But as soon as she walks into the kitchen, everyone still kind of stands at attention, even her husband Lloyd. Her commanding presence alone all but demands it, despite her diminutive stature. Aside from the obvious commercial amenities, it’s not really that different from the home kitchen where the idea started two decades ago.

“I knew people wanted real Jamaican cuisine. If you come to my house, you’ll get ackee and saltfish for breakfast. Dinner will be curry goat and oxtail, maybe a little jerk chicken. So that was our main focus,” Hayles explained. “Lamb and the curry goat are the most popular. People order our oxtail and taste the difference because we use real honey, real garlic, real hot pepper, and real thyme in our seasoning.”

A variety of fish are also among the more original offerings with perch, red snapper, whiting, and tilapia, all served with traditional rich brown stew or vinegary escoveitch—or as a sandwich, if you’d prefer. Comfort food sides from rice and beans to collard greens highlight flavors from the Caribbean to the Carolinas.

Authentic and uncompromising, the menu is actually deeper than it appears, with well-executed standards and less-likely Sunday brunch specials that reflect the diverse neighborhood dynamic. Chicken and shrimp gumbo, crawfish and crab gravy and biscuits, and tiger shrimp and smoked Gouda grits blend Hayles’ own upbringing with the low country favorites of the Deep South and the African origins of her fellow immigrant community. Catering was an early extension of the business, with take-out tickets already rivaling dine-in guests. She also serves more cornbread on the average day than some restaurants serve customers.

“People used to ask if we were open on Sunday, and I’d say no. But my son Marlon said, ‘Well, you take Sunday off and I’ll do it.’ I’m not in the kitchen at all,” she chuckled. “I’ll come from church and pick up dinner, but Sunday is his day and his menu. It was his idea, but he still had to go through me. I had to taste everything first before we started Sunday brunch.”

It’s nearly impossible to achieve made-from-scratch results in even the most well-appointed restaurant kitchen. The missing ingredient is always time. That’s why you’ll find Ena’s preparing for lunch as early as 4 a.m. during the week, and starting to prep for Sunday on Saturday night before returning nearly as early the following morning.

“My circle of influence is my circle of friends who are Caribbean, African, and Creole. The brunch menu reflects all of that. On Sundays, my whole family works in the kitchen: my kids, my sister, my nieces and nephews,” explained Marlon Hayles. “There’s a connection to the food and the culture; they’re proud in a way that only comes from having your name in the game. I don’t look at this as work. I’m just making dinner with my family.” Marlon is one of five children who have all put in time at the restaurant over the years, and still do, between academic and occupational pursuits elsewhere. Evenings and weekends bring everyone together in the kitchen just like any family, except their kitchen is the restaurant.

“We keep getting asked to open another Ena’s, but how can you recreate something like this and have the same consistency and quality? That’s where the food trucks came from,” he said. “We were trying to figure out the best way to get out there without losing that sense of ourselves. We have one here and one in Cincinnati. It’s still family and was easier than opening up another brick-and-mortar. Everyone can still get their Ena’s fix.”

Every restaurant has its secrets, and fortunately for the future, Ena’s are safe. Recipes still mostly made with a lifetime of experience and a dash of intuition were diligently written down, an heirloom more families should pursue lest their own legacy of recipes becomes lost forever. And fortunately for all of us, Hayles has no plans to retire any time soon. She now sees the same neighborhood kids who used to tag along for Sunday dinner fully grown, stopping by to share memories and recipes with kids of their own. But she is still no nonsense, and isn’t going anywhere.

“It’s just like it was at my house back then. If you don’t behave, you have to leave,” she laughed. “The neighborhood has changed, but everyone still knows us here. They respect what we do. This is where I started, and this is where we want to stay.”

Ena’s Caribbean Kitchen is at 2444 Cleveland Avenue. Visit them online at enascaribbeankitchen.com