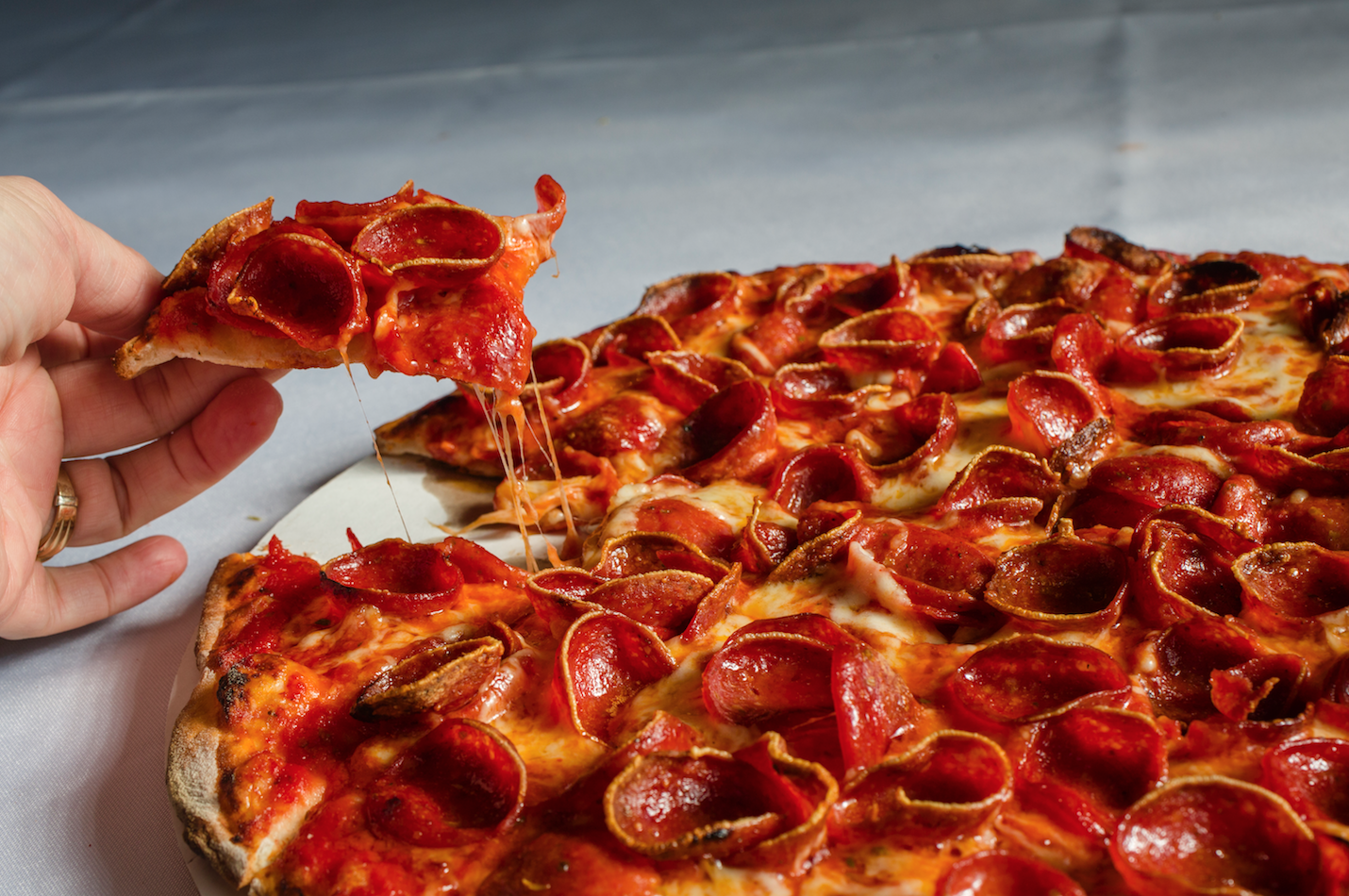 Don’t believe those who deny Columbus is a city defined by its pizza as much as any other industry. Dating back nearly a century from off-the-menu offerings appealing exclusively to Italian immigrants to the avant garde ingredients that reimagine the familiar format, our pizza has always been more craft than commodity, and often a family affair that also dates back decades.

Ezzo isn’t the first name that comes to mind when you think of Columbus pizza, but it probably should be. What started in upstate New York four generations ago in a family grocery store that stuffed its own sausage has grown into perhaps the most pervasive and prolific premium pepperoni purveyor in the world, run entirely from the company’s recently expanded facility on the city’s far West Side. Former Ohio State wide receiver Bill Ezzo grew the brand after the family business relocated to Columbus from Indiana in 1978, a legacy his sons Darren and Jon now share and enthusiastically embrace. Both are integral to daily operations, but Darren has slowly become the unapologetic ambassador for an unlikely empire.

“As kids, we were always driving with our dad to pizzerias. Tom Angeletti’s father was always around. He and our dad were tight so we would go to Ange’s or Capuano’s. We actually knew the people who became the namesakes of Columbus pizza,” recalled Darren. “I grew up a block away from Rubino’s. As soon as I was old enough to hang out with my friends, we used to walk from Bexley High School, pool our money, and buy a couple of pizzas and play pinball. That was a big part of my childhood.”

The rest of the country has finally started to figure out that Columbus pizza isn’t simply distinguished by the crust and the cut, but the toppings as well. As indelible as the blend of cheese or sauce recipes is the pepperoni. Not that flat nonsense the national chains sling on triangular slices. This is so- called “cup and char” pepperoni that curls up in the oven as the casing cooks to a crispy edge contrasting the savory center. It’s a difference old school mom and pop shops and a rising tide of craft pizzerias favor over cheaper options from multinational, processed food conglomerates.

“The reason our customers are so loyal is because we don’t compromise on ingredients. Every commodity pepperoni manufacturer uses pink slime to reduce cost and boost their lean protein because they use trimmings instead of muscle meat. We use shoulders and cheeks, that’s it,” Darren noted. “Our competitors have started to cut their pepperoni thicker trying to get it to cup like ours. But that just means our pepperoni offers better coverage, even if it costs a little more per case.”

Though Ezzo sells several varieties of pepperoni, and a spectacular sliced sausage, it’s their cup and char that remains their most beloved product, and an elusive one for home chefs hoping to up their game. Ezzo only sells to places that serve pizza, not retail customers. But their signature slices are so sought after, there’s actually a somewhat secret network of online outlets that somehow procure pepperoni by the case, then sell it by the pound—an unofficial pizza underground.

Pizza as most of us know it is largely an American invention with distinct regional differences. During an excursion to Italy, Darren unwittingly arrived in the tiny town of Terracina on a religious feast day. Without a taxi to be found to his destination, he ended up sharing a less familiar pizza at the train station with some locals—a simple focaccia with just a splash of sauce and a little shaved parm—a stark departure from a cracker-thin crust and toppings so thick they fall off the edge.

“There’s something in-between those two things that is the perfect pizza. I really think you should be able to see the sauce under the cheese, a balance of ingredients that doesn’t bury any one thing,” he opined. “It’s okay to experiment. If people didn’t, everyone’s pizza would be the same. It doesn’t matter where you are, or if you put pineapple or fresh cut flowers on it, so long as you make it your own.”

Darren isn’t a reluctant or reclusive ambassador, logging more time in the air than an astronaut and more miles in the past few years pitching prospects and converting clientele than a round trip to the Moon. Though he still prefers to drive to cities like Philadelphia, Chicago, Detroit, Nashville, and New York, lesser known pizza joints from Portland to Pakistan, Denver to Dubai, aren’t exactly accessible by car. Wherever he can’t reach easily by planes, trains, and automobiles, he relies heavily on the internet to help advance the brand.

“One of my ex-girlfriends works at Google. When I was wondering if I should start an Instagram, she said, ‘Why wouldn’t you? You’re out eating pizza anyway, you might as well document it.’ I didn’t think anyone would be interested in following a meat grinder,” he chided. “It turns out pizza tourism is a real thing, and every time I post a photo of someplace that uses our pepperoni, I get more followers and they get more customers.”

As with any premium producer of authentic foods, quality control is crucial. A recent recall of some Ezzo products—not unlike an occasional Jeni’s Ice Cream recall—is indicative of just how diligent those standards are. Darren revealed the affected products never left the production facility, and the expanded recall was entirely precautionary. In fact, Ezzo customers, and their customers as well, are so fiercely loyal to Ezzo, the biggest concern for most was how quickly they would receive more stock, including Tom Angeletti of Ange’s Pizza.

“Tom was actually my first boss. I used to work at Ange’s on Yearling as a teenager. He once told me I was the slowest pizza maker in America. I decided I’d stick to making the dough after that,” Darren confessed. “Tom is practically family. I’ve known him my whole life. That’s also what sets Ezzo apart. We’re as passionate about pizza as our customers. But they’re also family, and our family keeps getting bigger.